Why Are Some People Afraid of Black Dogs 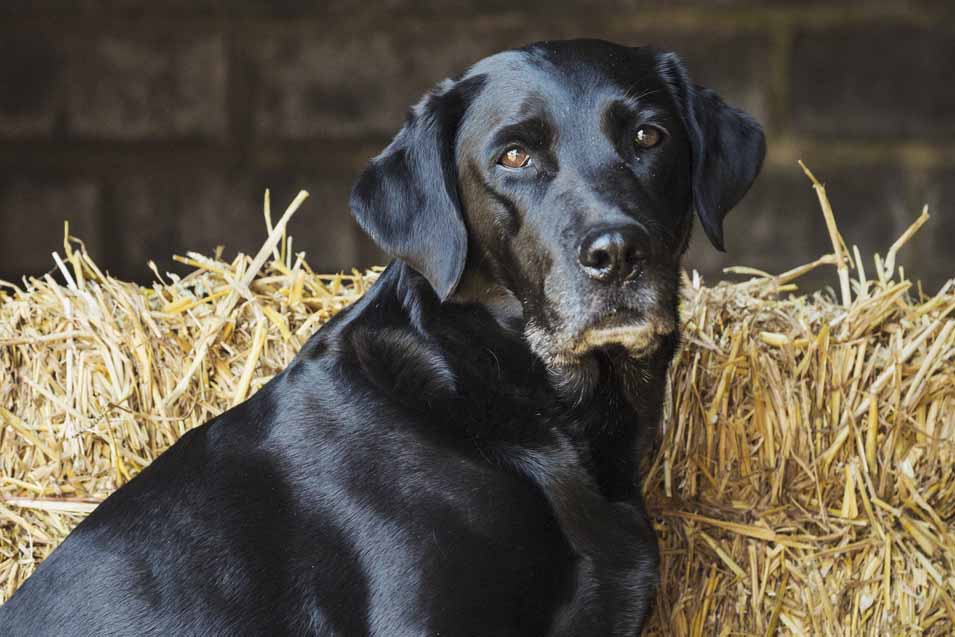 Many people admit to being superstitious. While it is not uncommon to hear that some people have a natural fear of black cats, some people feel dogs of the darkest hue are also something to view with suspicion and dread. Though it has long been believed that coming in contact with a black cat signifies bad luck in the future, there are also many superstitions involving dogs in this same color family. Some of these beliefs surrounding encountering a black dog on a dark and stormy night seem to foretell of good fortune and others…not so good.

What are Some of the Most Common Cultural Legends Surrounding Black Dogs?

Many different cultures have tales to tell about black dogs and their ability to bring good luck or a complete reversal of fortune. Among the best known black dog superstitions are as follows:

Black dogs in modern films
Black dogs as an omen of evil are often seen in modern literature and films today. In the classic horror film The Omen, completely black Rottweilers played a role in the plot as evil killers carrying out murder and madness.

Black dogs in Islamic culture
Islamic culture relates that the Governor of Medina made a visit to the Prophet Mohammed to discuss his concerns about a colony of stray dogs overtaking his city. These dogs were believed to be spreading rabies, leading to the deaths of many of the Governor’s people. Mohammed’s initial reaction was to order all dogs, both stray and domesticated pets, to be put to death. However, the following day, Mohammed changed his mind, remembering that dogs were also beings created and cherished by Allah and that it should be Allah alone who determined their date of death. Secondly, Mohammed recognized the usefulness of many of these dogs who fulfilled important roles in society. Under Mohammed’s new decree, all working dogs were to be spared. However, one class of dogs was to be completely destroyed: stray, black dogs. His rationale for condemning this group of canines to death was that the devil often chooses to present himself as a black dog.

Black dogs in Irish culture
Irish legend dictates that if a black dog were to frequent the final resting place of a clergyman that that man had been unfaithful to his vows to the church.

Black dogs in German culture
Similar to the beliefs of the Irish, the Germans held fast to the idea that if a black dog were to stop by the grave of a lady that that woman was guilty of adultery at some point in her lifetime.

Black Shuck
Black Shuck is a dog of legendary report in the UK. Native Brits share tall tales about a black dog of immense proportions whose eyes glistened with a deep red hue. Black Shuck is believed to have spent his days travelling through the British countryside, reminding the Brits that the devil is alive and well. Local legend indicates that a meeting with this dog in the evening hours was truly bad luck, meaning ill fortune was to follow and possibly even a death was imminent.

What are Some of the Most Well Known Superstitions About Black Dogs Today?

Whether fact or fiction, there are lots of superstitions today involving black dogs. Here are some of the most well known ones:

In certain areas of Europe as well as in Scotland, it has been a long held belief that if a black dog accompanies you home, you will be blessed with good luck. However, if a black dog decides to join you on your walk home on a rainy day, the opposite is true: bad luck will soon be headed your way.

If a black dog opts to join you as you walk away from your home towards a new destination, legend dictates that bad luck will soon find you.

Another superstition that traces its roots to Europe, it has long been believed that meeting a black and white spotted dog while travelling to a business appointment indicates that the future business venture will be highly successful.

A belief common to many countries, many people feel that if a black dog walks past you while out on a walk that bad luck will soon follow. Thankfully, this bad luck is believed only last for a single day.

If you suddenly notice a black dog is now a passenger in your car, many people feel that is an indication that you will be in an accident.

In Indian culture, it is believed that black dogs that are family pets protect their families from evil spirits that wish them harm.

Some cultures believe that a black dog that shows up at your door is a strong indication that you will soon have the unexpected opportunity to spend time with an old friend. If the dog enters your home when the door is opened, that old friend will come directly to your home to meet with you.

A legend also derived from Indian culture, it is believed that feeding a black dog at night engenders good will with the dog, so he will guard your home against evil spirits while you slumber.

When a black dog moves between a couple when out for a walk, it is believed this means the end of an engagement for a soon to be betrothed pair or a marital spat for the already married.

Some people believe that black dogs can see ghosts and evil spirits. They also believe that these dogs bark to keep these entities far away from their family and friends.

Why are people afraid of black dogs? There are many superstitions that people have come to accept as the truth about these darker hued canine companions. However, black dogs are no more sinister than their lighter counterparts and make for wonderful family friends. If you’re looking to add a new canine pal to your home, why not consider adopting a black dog?