Where Does Your Dog Sleep? 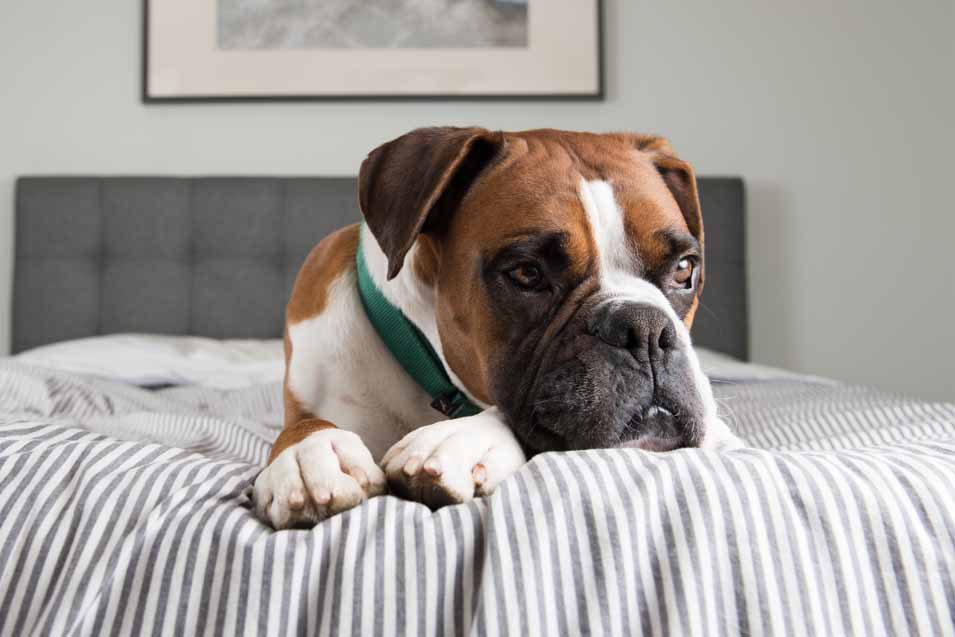 My Dog Sleeps in My Bed

According to the American Kennel Club, fewer than half of the pet owners in the United States sleep with their pet in their bed. Co-sleeping with your dog has it benefits, as well as its drawbacks, according to a study in the journal, Human Nature. If you are prone to allergies, sleeping with your dog is probably not the best idea. If you are a light or poor sleeper, you may want to skip bedding down with Fido as well. Dogs average three sleep/wake cycles per hour during the night and are alert to sounds when sleeping, meaning that they are more apt to get up a few times in the middle of the night.

There are many so-called urban myths about sleeping with your dog, one being that it will spoil your dog or make him think he’s the dominant member of your relationship. It is true that dogs who share their owners’ beds may have separation anxiety, but it is not clear whether that anxiety was caused by co-sleeping or whether the co-sleeping was because of the anxiety.

The benefits of co-sleeping with your dog can include a lessening of your anxiety as a dog owner and a feeling of security and safety. Some dog owners who co-sleep with dogs also feel closer to their dogs and share a greater feeling of companionship.

The bottom line is, if you enjoy letting your dog sleep in your bed, and there are no problems being created by the practice, let him sleep in your bed. One caveat to this rule is that dogs who show signs of aggression, of course, should not be sleeping in your bed.

My Dog Sleeps in My Bedroom

If you like having your dog sleeping near you at night but don’t want to share your bed with him, the next best thing would be to share your room with your dog. You can simply put a dog bed in your room and let your dog know that’s his sleeping spot, or bring your dog’s crate into your room if you prefer he sleeps in it. Again, the fact that dogs have shorter sleep/wake cycles than humans might mean that he could keep you up at night. Snoring dogs can also be a problem and keep their owners awake.

Advantages to having your dog sleep in your room include a greater sense of security for a dog who might be bothered by startling noises at night, like a thunderstorm or lights from passing cars.

Whether you decide to let your dog sleep in your bed or in your room, one thing is important- make sure that your partner agrees with your decision!

Sleep Location Should Also Depend on the Dog’s Age

Another important thing to consider when deciding where your dog should sleep is his age. Puppies should not be sleeping away from you in a separate room. Experts recommend that you put the puppy’s crate in your bedroom near you but not in bed with you. Leaving a puppy alone at night can be dangerous, both physically and emotionally, to the pup. As your puppy gets older, gradually change his sleeping location to another room if you wish.

Adult dogs may sleep where they feel the most comfortable. Some rescue dogs become accustomed to sleeping in a crate and prefer that sleeping arrangement at night when in a new home. Other dogs might like their own dog bed, placed in an area in which they can still see or sense their owner. Still other dogs might prefer sleeping on your furniture at night, especially if they are allowed to do so in the daytime. Whatever you as an owner are comfortable with, make sure to communicate that to your dog. However, don’t punish your dog for sleeping on your furniture at night if you’ve never made it clear to him that it’s off limits. Dogs will likely sleep where they feel comfortable, and that sofa is way more comfortable to your dog than the cold, hard floor! 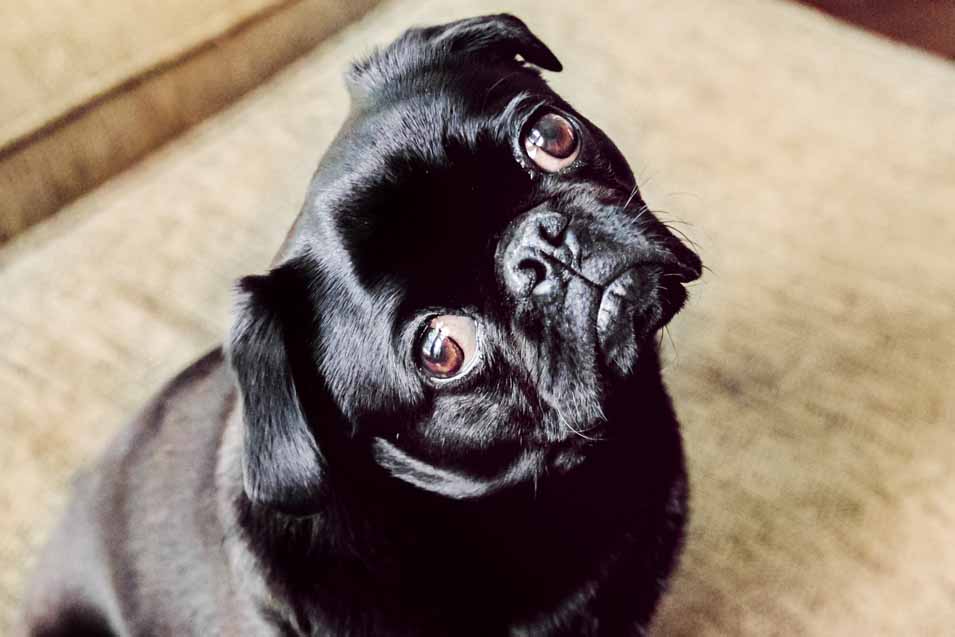 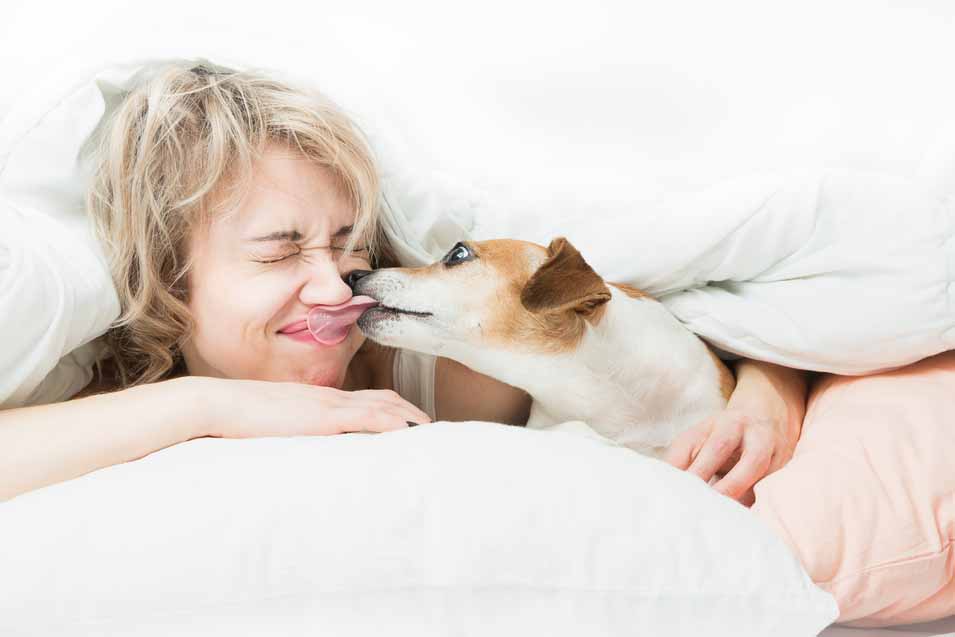 How to Clean a Mattress – Removing Pet Stains and Accidents 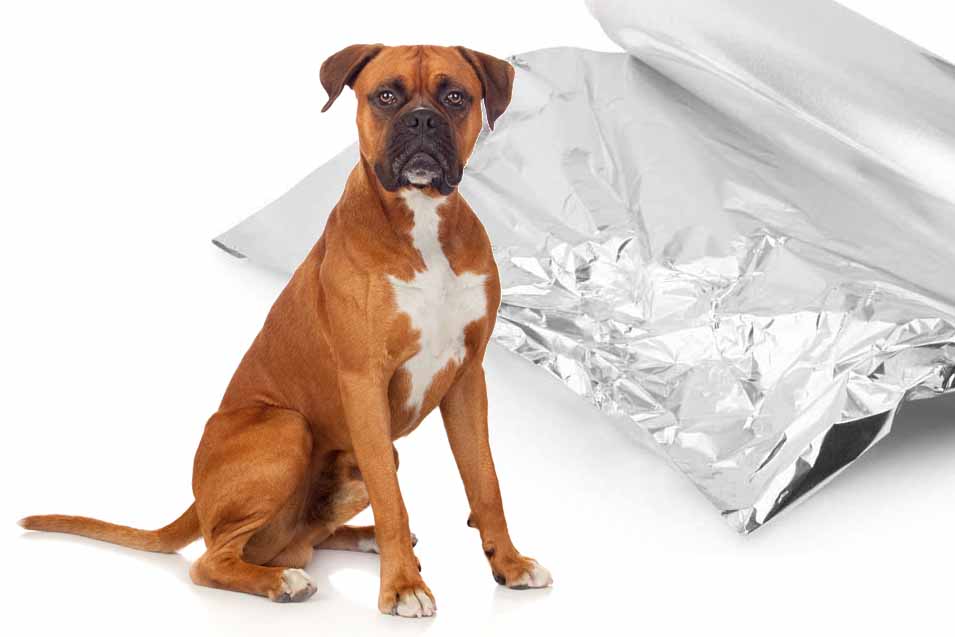 How to Keep Dogs Off Furniture with Aluminum Foil 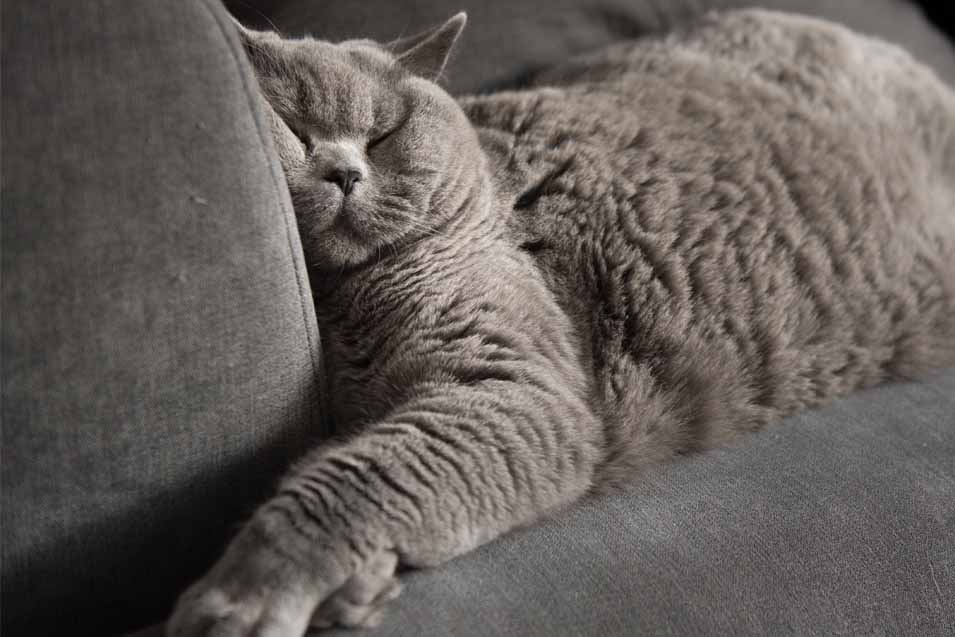