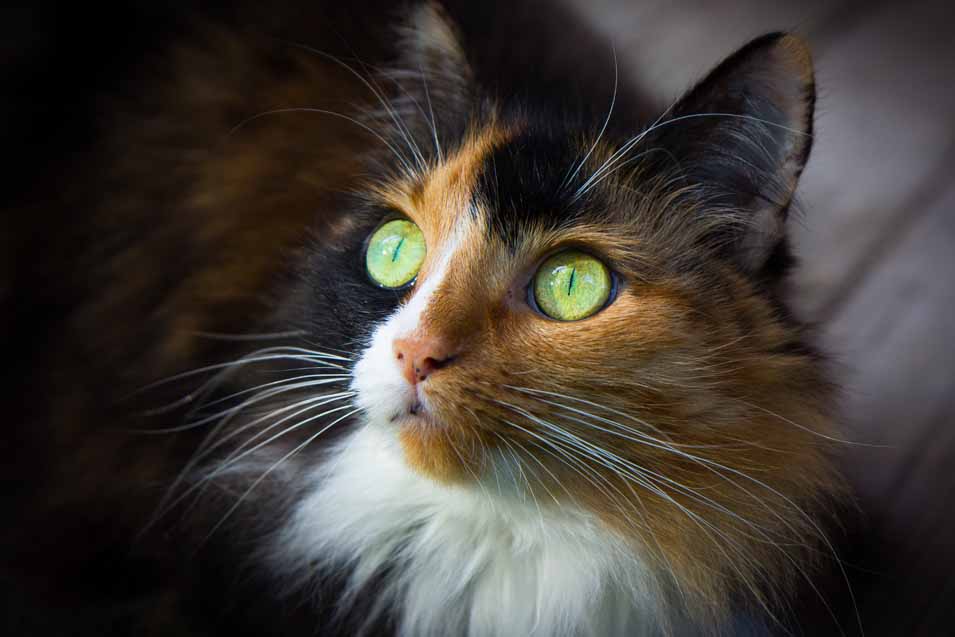 One of the most common problems of cats is vomiting on a regular basis. If your feline buddy has been experiencing such issues and you don’t know why that might be, perhaps this article might reveal several probable causes you should know about. We’ll also discuss the treatment of this symptom, as well as the ways you can prevent it.

Dogs vomit a lot more often than cats and many times it doesn’t necessarily mean something bad. When it does occur in cats, however, it’s a sign that something is going on and that you should analyze the behavior of your pet as closely as possible so as to make sure that he or she isn’t suffering from a severe medical condition.

A poor quality diet can be a contributor to your cat vomiting rather regularly. Commercial pet food can sometimes be made from leftovers and animal byproducts that range from hooves and feathers to animal skin, eyes, and even heads. While these pieces are technically considered protein, they are very hard to assimilate and digest, and that can make your cat throw up in an attempt to get rid of them.

Also, feeding your cat the same time of protein time and again can eventually lead to GI inflammation, and even food allergies.

Many cats are lactose intolerant, but the fact is that they are not lactose intolerant when they consume their mother’s milk. Most cats are not equipped with the enzymes that are needed to break down the milk sugar present in cow’s milk or that coming from any species other than cats.

Treats can be another culprit as they can contain a wide variety of artificial chemicals that are not healthy for your pet. These range from chemical dyes and propylene glycol to emulsifiers and artificial colors.

Cats are usually a little wary when it comes to eating almost anything you might attempt to feed them. That’s why they are less predisposed to digestive issues compared to dogs. However, many cats will get extremely enthusiastic whenever dinner time comes around, and as such, they will gobble up their meal.

Vomiting can occur just under ten minutes after your cat has enjoyed her meal and this type of symptom is caused by a mechanical problem. Since the esophagus of quadruped mammals is horizontal instead of vertical, the food takes a little longer to go into the stomach. If your cat eats too fast, the amount of food in the esophagus will be too large for it to go into the stomach comfortably, so that’s why your kitty will throw up undigested kibble.

Cats that groom themselves a lot and long-haired breeds, too, have a hard time expelling (the right way) the amount of hair that they swallow regularly. If your cat is long-haired and you do not go out of your way to brush him or her daily or every two days, it’s almost physiological for the animal to throw up a hairball once or twice a week.

Create a routine where you brush your cat for ten minutes a day every day, and you’ll notice significant improvements in this sense. 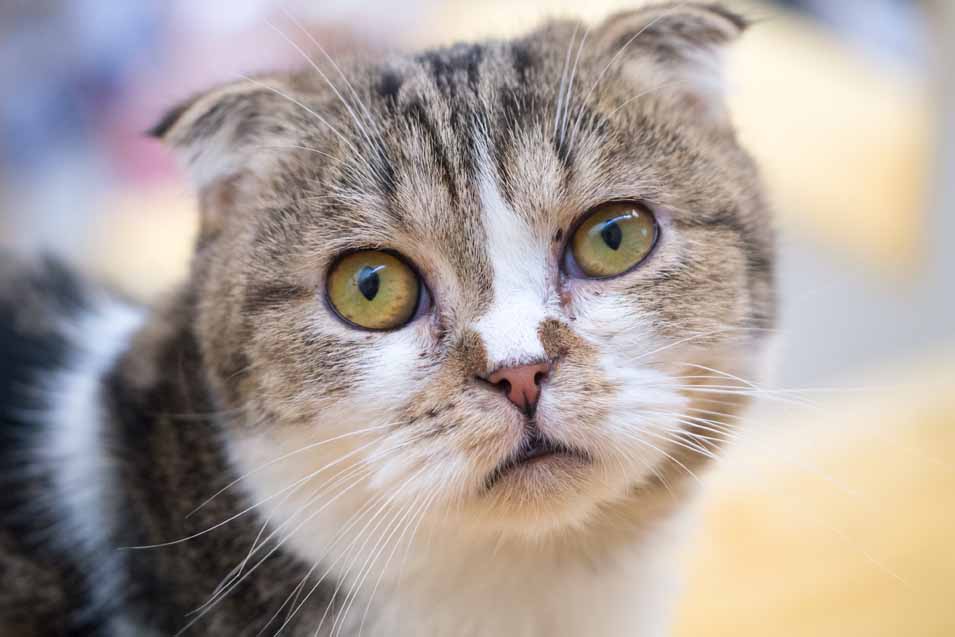 Other Reasons Your Cat Can Throw Up

When exposed to a toxic substance, the animal’s digestive tract will make an effort to expel it as soon as possible. Since it takes too long for it to go through the intestine and be expelled through the feces, the other and more effective way of getting rid of a toxin is vomiting.

Cats can either ingest toxins from the outdoor environment or can make the mistake of nibbling on your house plants. Many plants are dangerous to pets, and you should do your research on these to make sure that you either place them in a spot where the cat can’t reach them or get rid of them completely.

Other poisonous things range from pesticides and herbicides to household cleaners. Cats can also throw up if they have IBS (irritable bowel syndrome), enteritis, pancreatitis, or gastritis, as well as colitis. Chronic inflammation in your kitty’s gut can eventually lead to lymphoma, so if you notice that your cat throws up regularly, take him or her to the vet as soon as possible. Tumors present in the digestive tract can also cause vomiting.

It would be unwise for us to recommend a particular type of treatment for vomiting. On the one hand, it is not a medical condition per se. More often than not, it is merely a symptom of a disease, in case that disease exists and it is not just a mechanical problem such as hairballs or your cat overeating.

The treatment varies depending on the medical problem diagnosed. To diagnose it correctly, your veterinarian might have to perform a fecal flotation (to see whether your cat doesn’t have Giardia or intestinal worms), bacterial tests, chemical blood counts, chemistry panels, and even x-rays (usually with barium) or an ultrasound. Endoscopy is also possible when everything else fails.

In the unfortunate event that your cat has a tumor in the digestive tract, special methods such as performing a biopsy might be required.

For bacterial infections, your cat will undergo treatment with antibiotics. If your cat has parasites, a wormer will be prescribed. Last, but not least, we should mention that surgical treatment could also be necessary in the case that your cat has eaten something that has blocked her transit and created an obstruction.

Sometimes, dietary changes might simply be enough. You can change your cat food brand, determine whether your cat has a particular sensitivity to one type of food, and change the feeding routine as well so that you make overeating practically impossible.

For mechanical issues such as your cat’s hairballs or your cat gobbling up too much food at once, there are simple things that you can do to improve your cat’s health and also to give yourself a little peace of mind.

For hairballs, we’ve already noted how much of a difference setting up a regular brushing routine can make. If your cat is eating too fast, you can buy her a slow-feed bowl, which has grooves that make it a little more challenging for the pet to pick up the kibble with her mouth.

If you are lucky enough to work from home, it would be a good idea to try to feed your cat small amounts of food every three to four hours instead of feeding her just twice a day. The pet’s stomach secretes hydrochloric acid right before being fed, especially if you’ve set up a routine where you give your cat food around the same time every morning. If you are ever late, the cat could experience a vomiting episode because of the excess acid in her stomach.

While vomiting is not a serious symptom if it doesn’t occur more than once or twice a week, especially if you have a long-haired cat, it can be a sign that something is definitely wrong if it happens more than once throughout twenty-four hours.

Cats can be allergic to different types of food, cow or goat’s milk, and even some types of treats. Many houseplants are poisonous, so educate yourself as to which ones you shouldn’t keep in your home if you have pets.

Vomiting can be caused by dietary changes, hairballs, but also many medical conditions from GI infections and inflammation to parasites and toxins coming from pesticides and house cleaning products.

In many cases, symptomatic treatment will be enough. Unfortunately, sometimes this approach is not sufficient and your cat might have to take a wormer, antibiotics, or even undergo surgery if he or she has consumed something that created a blockage in the digestive tract. 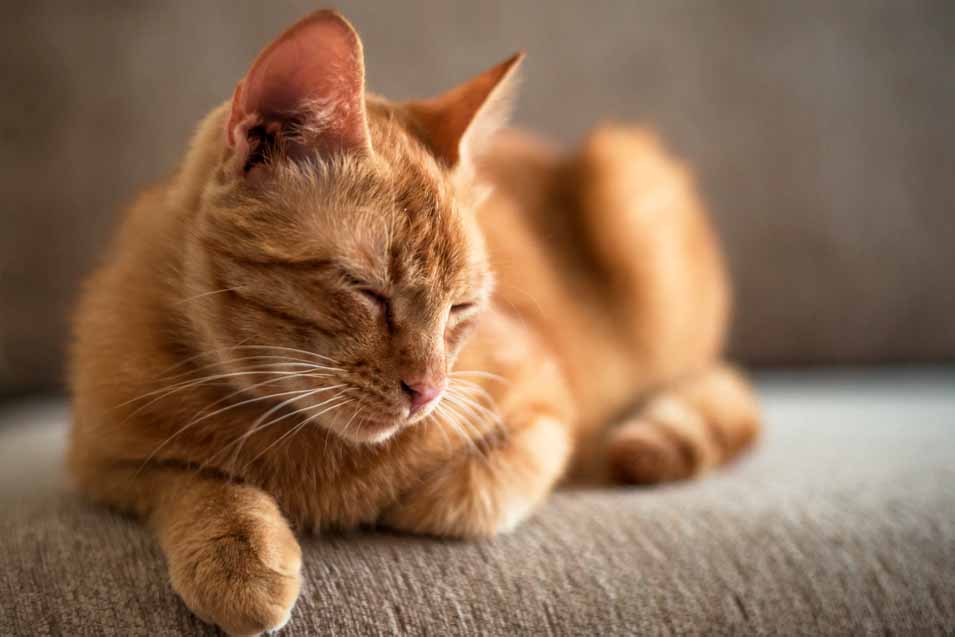 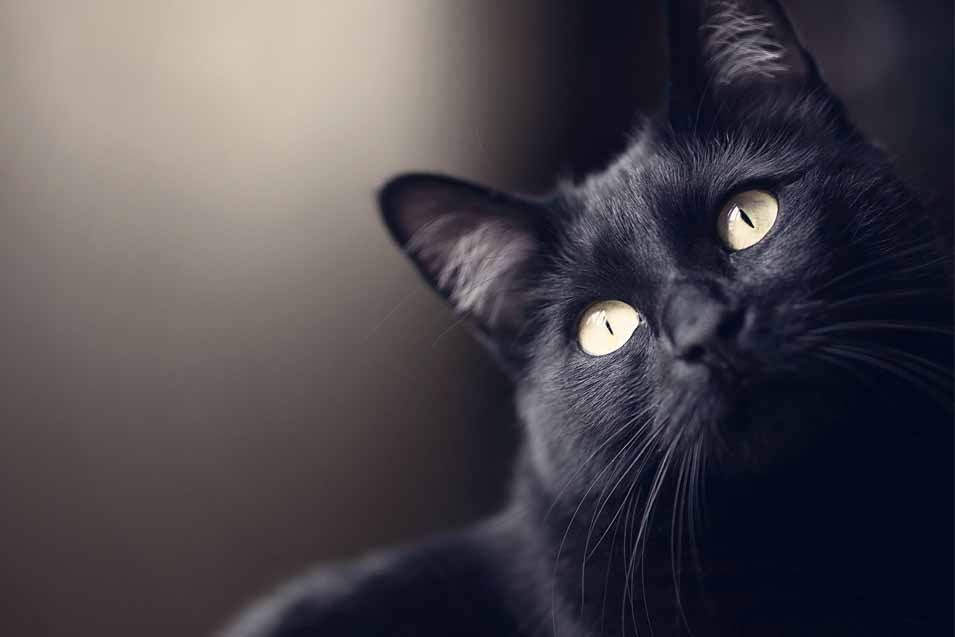 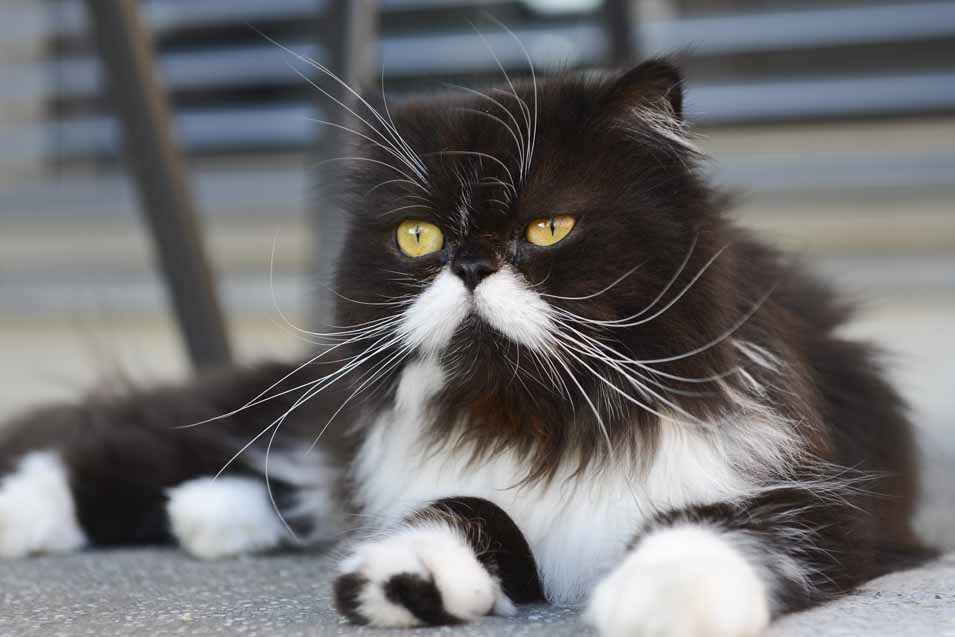 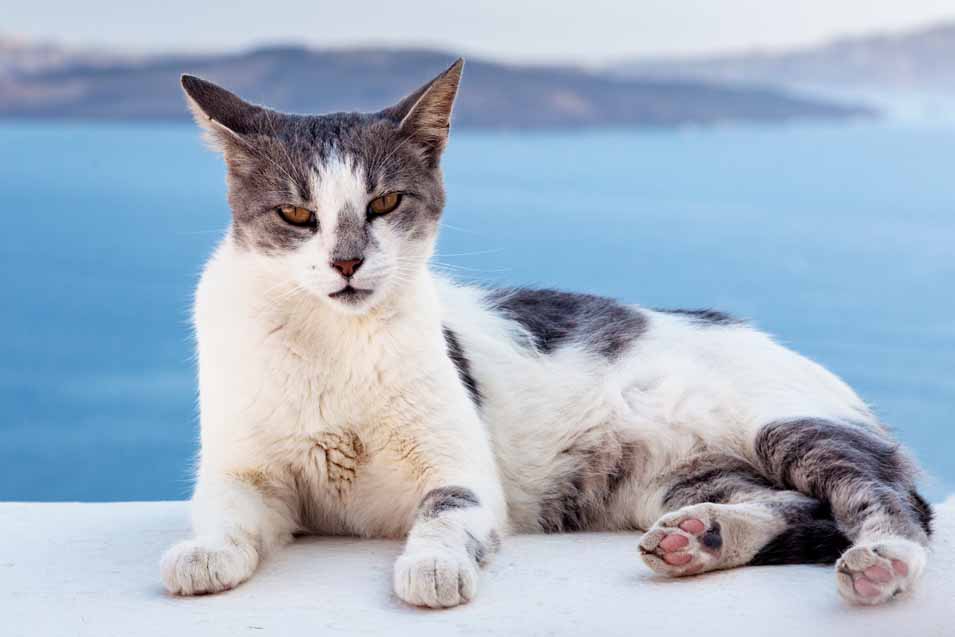