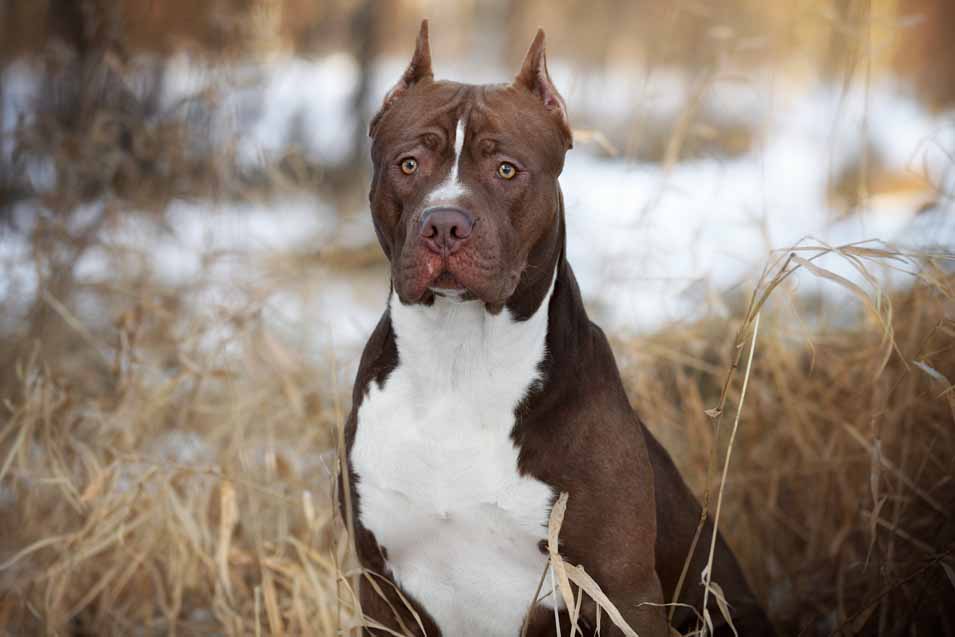 The Canine Journal, a publication dedicated to tracking and assessing dog bite injuries throughout the United States, reported that between the years 2005-2017, there were 284 deaths attributed to attacks by pit bulls. A reputable level 1 trauma center reports that attacks from pit bulls resulted in higher rates of morbidity, larger medical expenses, and greater potential for death than bites from other breeds. However, it is not simply the pit bull whose strength and seeming predisposition for aggressive behavior puts people at risk. Other dog breeds belonging to the group of dogs known as “molossers” such as Rottweilers, Presa Canarios, Cane Corsos, Mastiffs, Dogo Argentinos, and more have been known to display similar behavior. Sadly, it has been noted that with many dog attacks by these breeds, the life-threatening or fatal attack was the very first of its kind. Does this mean the pit bull and molloser (or bull) type breeds are naturally predisposed to be aggressive?

The Facts About Pit Bulls and Dog Bites

Though cold hard facts do not lie, there is often more to the story than what statistics can report when viewed out of context. There is no question that even one human life lost is one too many and must be taken very seriously. While 284 deaths attributed to pit bulls seems like an exceedingly high number, we must consider several different factors before laying blame. First of all, the 284 deaths occurred over a period of 12 years. When averaged out, that results in approximately 24 fatal attacks per year allegedly resulting from an altercation with a pit bull. Compare this to the statistic which asserts the number of dog bites which occur annually: 4.5 million. Though there is no question that all of these dog bites will not result in severe or fatal attacks, the fact remains that the number of deaths attributed to pit bulls is targeted and widely reported when compared with the number of attacks which occur yearly but are spread out across the entirety of breeds. Any breed can and will bite if placed in the wrong circumstances and to portray statistics in such a light as to villainize one breed over another based on appearance is entirely unfair.

Part of the issue when it comes to the “pit bull” is the fact that it is not an actual breed. This handle applies to a wide range of dog breeds; all of which bear a similar physical appearance based on a blocky head and strong muscular body. This brings into question: when a dog attack is reported, is the breed that is identified by the victim actually a pit bull, or is it simply a dog that shares similar characteristics to the established perception of the “breed?” Though “pit bulls” are saddled with 66% of the blame for fatal dog attacks, it is far more than possible that it was a different breed that was misidentified and reported as a pit bull. With this in mind, statistics regarding pit bull attacks are likely inaccurate and skewed against a dog breed that is certainly misunderstood.

Though “pit bulls” were originally bred to fight other dogs in “pits” as their name indicates, this in-bred aggression was always intended only to be directed towards other animals; never towards a human being. In fact, owners of prized pit bull fighters would often cull dogs displaying human aggression.

Dogs easily become injured when fighting in a pit, meaning an owner would need to be able to touch their dog in the midst of a fight to remove them from the ring to treat injuries. Any dog that redirected and attacked a human being was a liability, and thus, was often euthanized. Even within the dog fighting realm, human aggression was taken very seriously and was dealt with swiftly. Great efforts were made within breeding stock to remove this attribute from the breeding pool to produce dogs with the drive to fight other animals, but the gentleness to live with human beings and to welcome human hands both in and out of a pit. This, in itself, shows that though dog aggression may come hand in hand with the breed, human aggression should not.

Why is the pit bull targeted?

It was not always the pit bull that the media targeted and labelled as a dangerous dog. In years gone by, many breeds have found themselves on this list including Bloodhounds, Rottweilers, German Shepherds, and Dobermans. Yet, research supports that dog bites are far more frequent amongst small breeds such as Dachshunds, Chihuahuas, and Jack Russell Terriers. So, why does the pit bull get such a bad rap?The answer is quite simple. Though a small dog may be triggered to bite more frequently, the resulting damage is far less than even one strike by a power breed such as a pit bull. Pit bulls may bite far less frequently than a Dachshund, but his one bite, timed correctly and in the right spot, has the power to kill; something that is unlikely to occur in the smaller, more bite prone breed. Pit bulls bite fewer times, but their bites end tragically more often because of their sheer power.

Bites are measured in what is known as psi, pounds per square inch. This is what makes the difference when it comes to fatal attacks. Though the pit bull does not top the list of the strongest bites, he does fall in the middle of the pack when it comes to power breeds. The Kangal takes top prize with a bite force of 743 pounds per square inch. The Rottweiler rings in with a psi of 328. The pit bull earns a psi of 235, just marginally beneath the German Shepherd at 238.

What does all of this mean?

It means that though smaller dogs may bite more often; we never hear about these attacks in the news because they are far less likely to result in deaths. Injuries, yes. Deaths, no. But since the pit bull contains such a strong bite force, his one bite has the potential to kill. It will result in far more damage, and it will make the news. Chihuahua bites have no sex appeal. Pit bull bites do. This unfortunately means that the pit bull is the subject of very bad and unfair PR when compared with other dog breeds who bite far more frequently but have lesser results simply because they lack the power of the bigger bully breeds.

How often are pit bulls misidentified in news reports featuring dog attacks? It is difficult to ascertain precisely how often it happens, but given the general public’s inability to correctly identify what the “pit bull” actually looks like, chances are it occurs very, very often, meaning the statistics fearmongers are holding to as gospel truth contain very little truth at all.

The only breed which contains the words “pit bull” is the American Pit Bull Terrier. The breed in its pure and correct form is exceedingly rare and looks nothing like the public at large imagines it to. This is another reason we can safely assume that attacks attributed to pit bulls have identified the breed as the culprit erroneously. 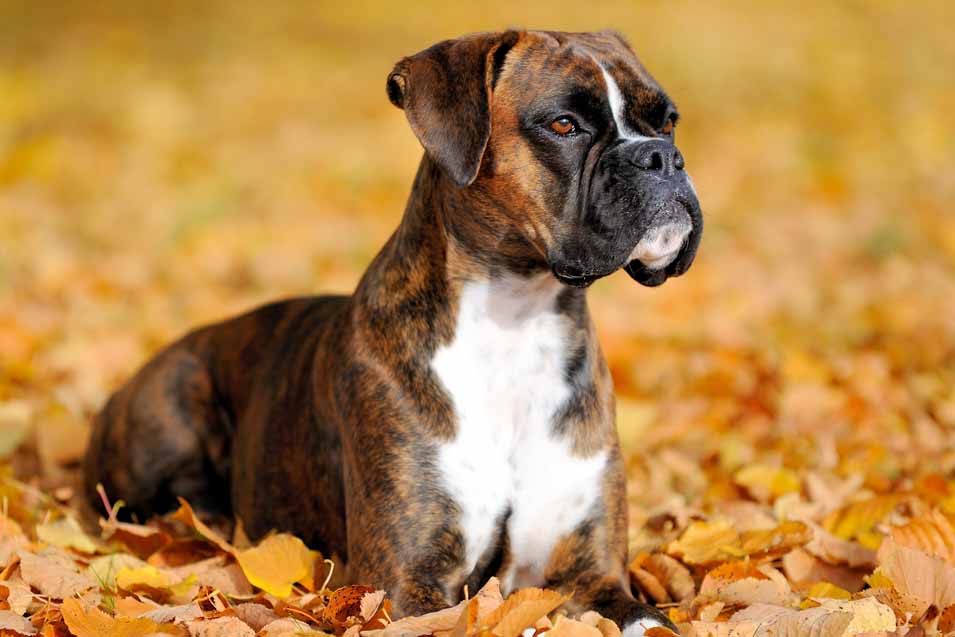 Though with a name like “Boxer” many would assume this breed is prized for its fighting ability, the Boxer is sweet and loyal of nature. Because the Boxer possesses a muscular body and exudes confidence, this breed is often mistaken for a pit bull. Boxers do trace their origins to a group of breeds known as “bullenbaiers” which were a combination of many different dog types including Mastiffs, Great Danes, Bulldogs, and even Terriers! 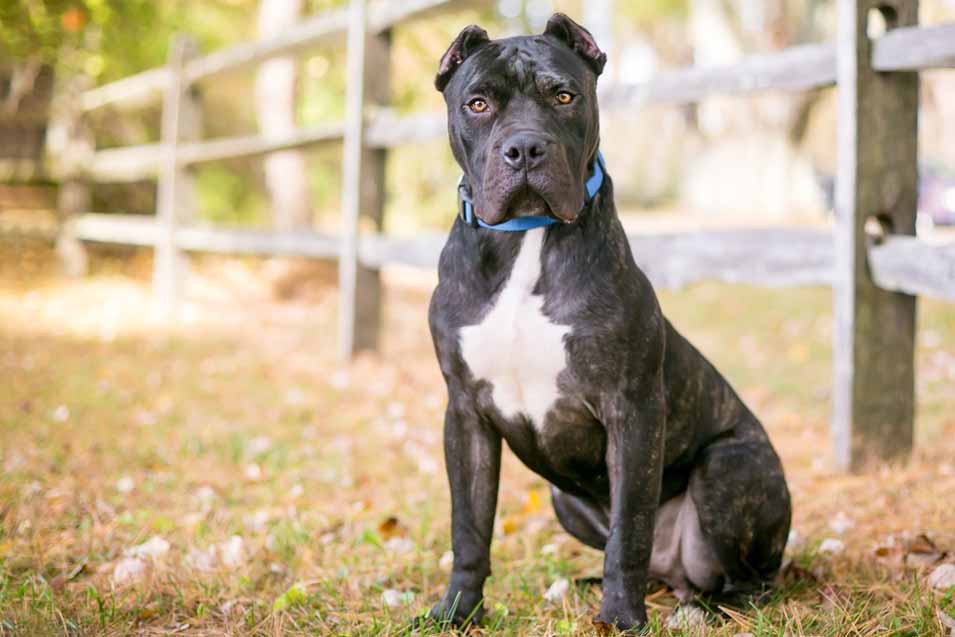 Due to his strong muscular appearance and ears which are often cropped in keeping with many bully breeds, the Presa Canario is another type of dog commonly misidentified as a pit bull. This breed is also known as a Canary Mastiff and was bred to serve as a livestock guardian. Presa Canarios are natural guard dogs, willingly protecting their homes and families. 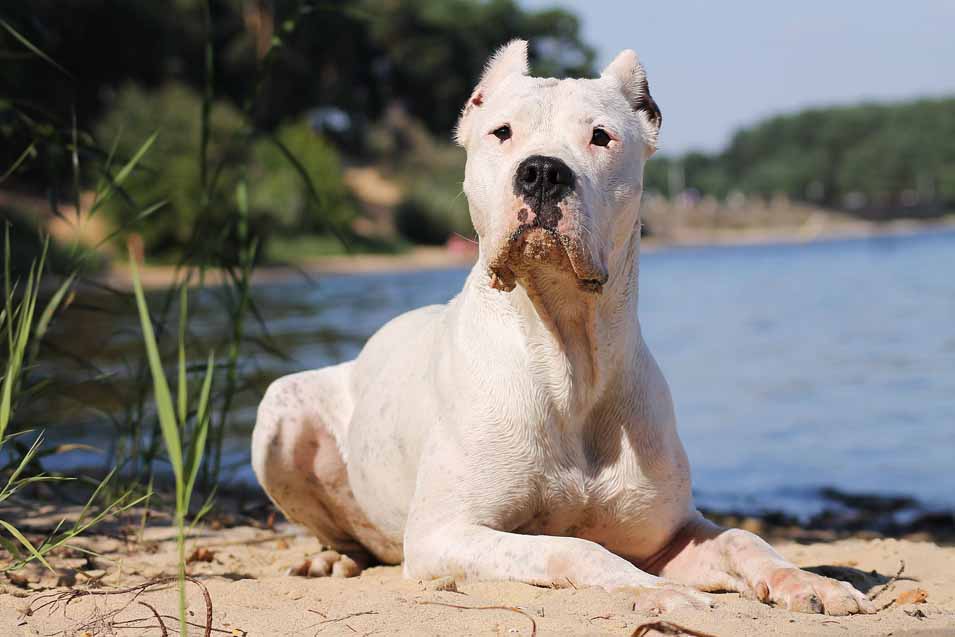 The Dogo Argentino originated in the 1920’s and is a mix of several different breeds including the Cordoba Fighting Dog and the Great Dane, among others. This dog breed was developed for the purpose of hunting large game. The Dogo Argentino has a reputation as a dog that is fearless, not backing down in the face of the gravest of danger. He has the size and power to defend himself against any attacker. Though the Dogo is a well-muscled dog and possesses a blocky head which often proudly displays cropped ears, the Dogo is a much larger dog breed than the pit bull. 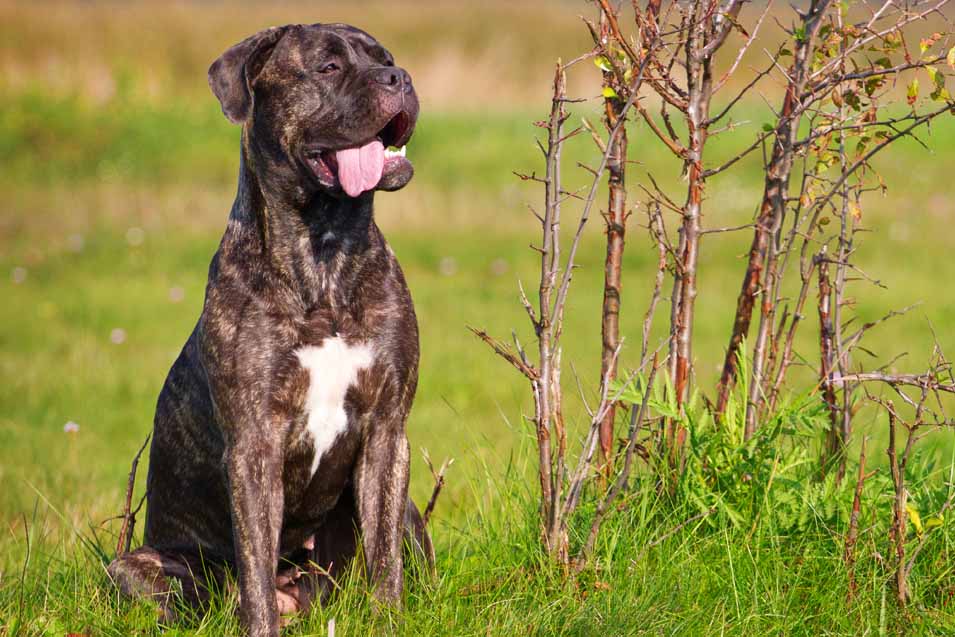 Though the Bullmastiff possesses a strong, muscular body and a blocky head, this dog breed bears little resemblance to the pit bull. The Bullmastiff is an exceptional loyal family companion. Originally bred to serve as a guard dog, the Bullmastiff is gentle of nature and should not display aggression. 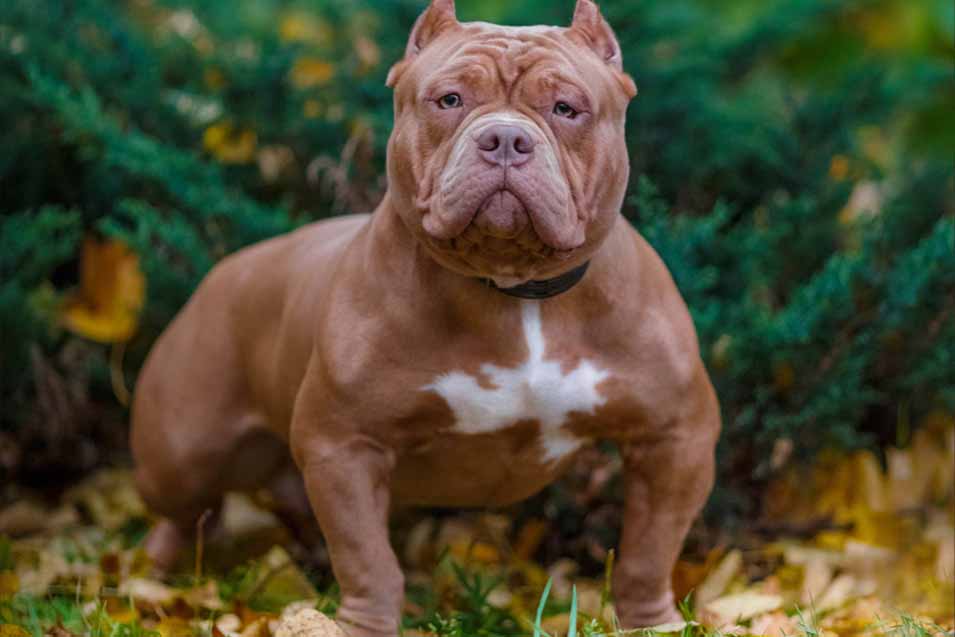 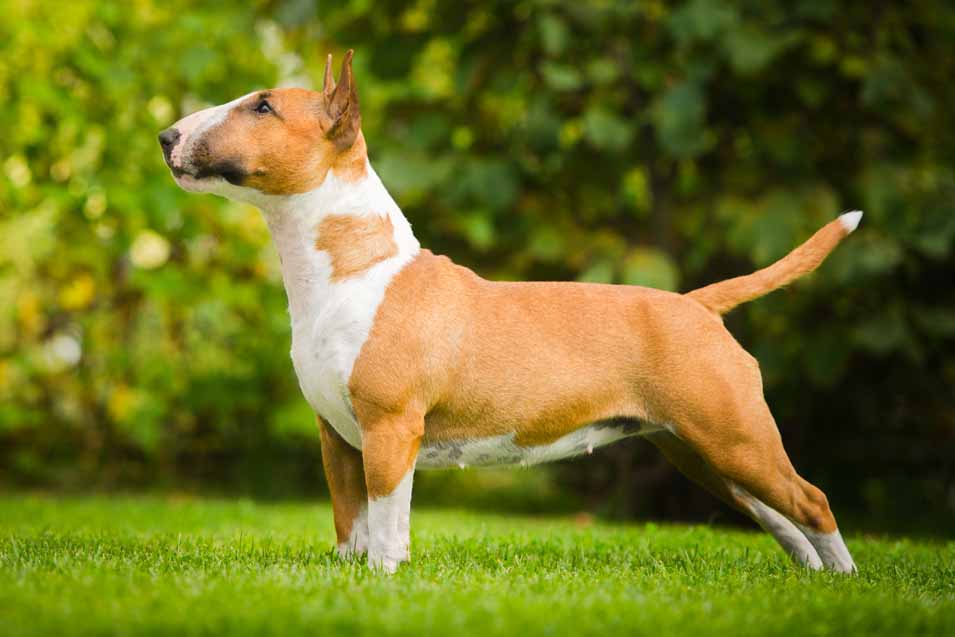 The clown-like Bull Terrier is often saddled with a bad rap when he is really just a dog who wants to have fun. The hallmark of the Bull Terrier is his shark-shaped head which uniquely identifies the breed and is completely dissimilar to the blocky head of the typical pit bull-type dog. The Bull Terrier is a breed known for his stubbornness, and he does bear a very muscular frame, making many draw comparisons between the two “bull” breeds. 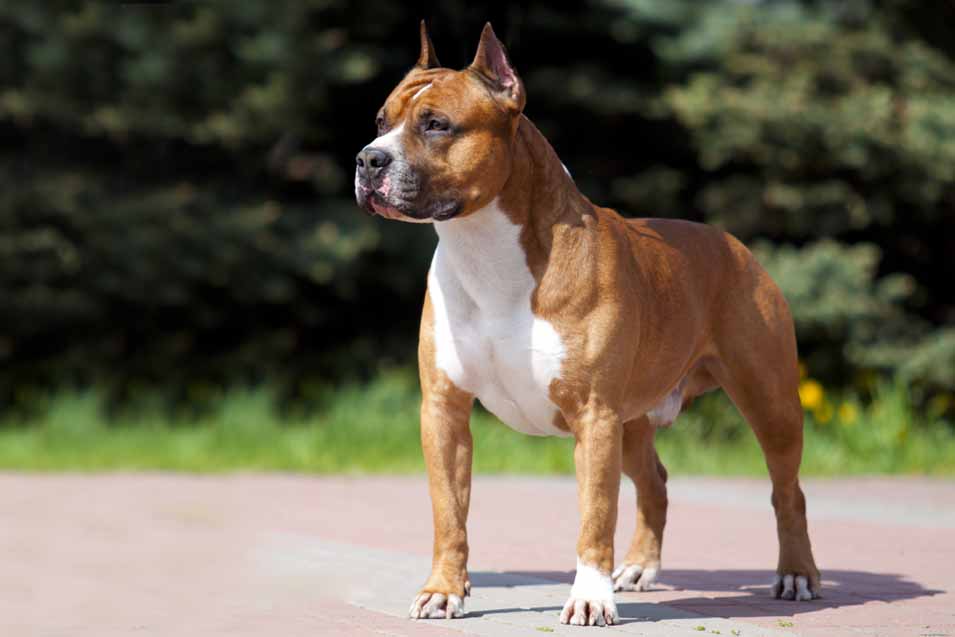 The American Staffordshire Terrier, also commonly referred to as an Amstaff, is the dog breed on the list that looks the most similar to the pit bull. The main distinction between these two types of dogs is the slightly softer nature of the Amstaff, color variations, and the Amstaff’s slightly narrower muzzle. 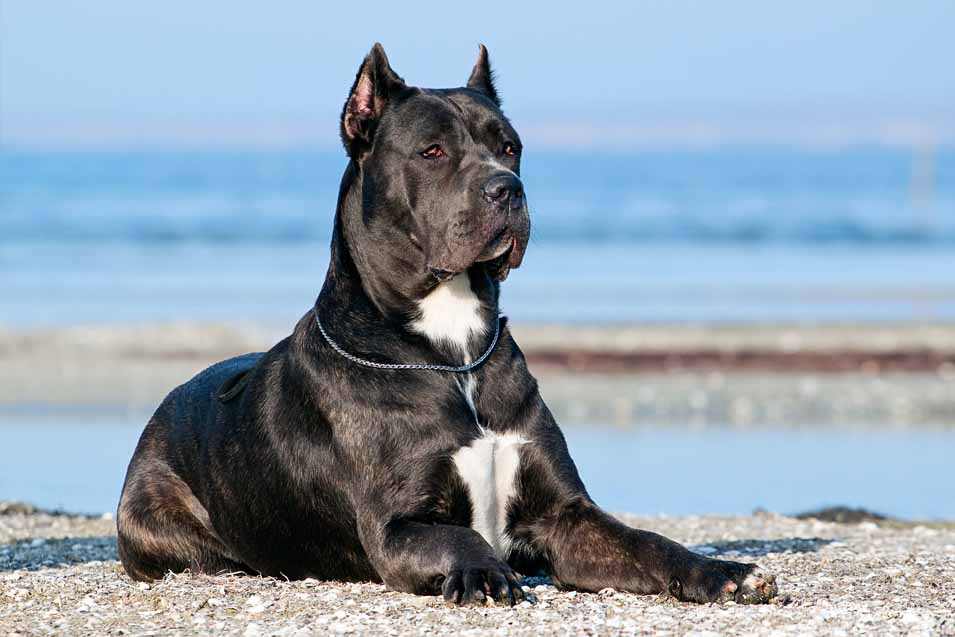 The Cane Corso hails from Italy. A dog breed developed to serve as a guard dog, the Cane Corso is an impressive looking specimen with his strong head and muscular body. The breed, also known as an Italian Mastiff, is taller than the pit bull and far more closely resembles a Mastiff than a typical bull breed. This dog most commonly is seen with cropped ears, a trait also seen in pit bulls. 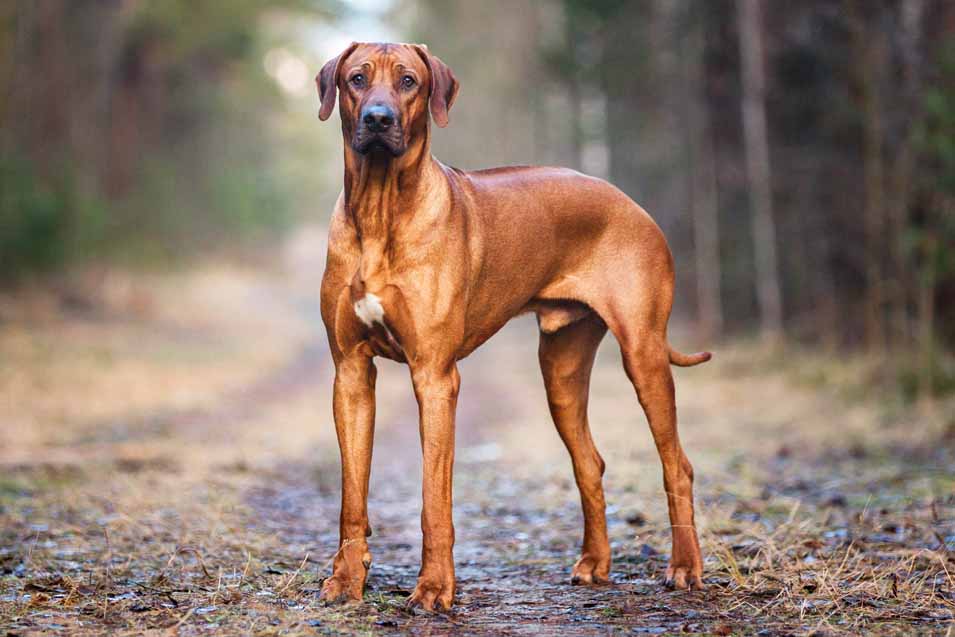 The Rhodesian Ridgeback is a member of the hound family. Known for his distinctive “ridge” running the length of his back and his hound ears, the Rhodesian Ridgeback was bred to hunt lions. This dog breed is aloof yet courageous. A large dog, the Ridgeback has a body that is muscular but to a different degree than that of the pit bull. Their body and head types are distinctly different. 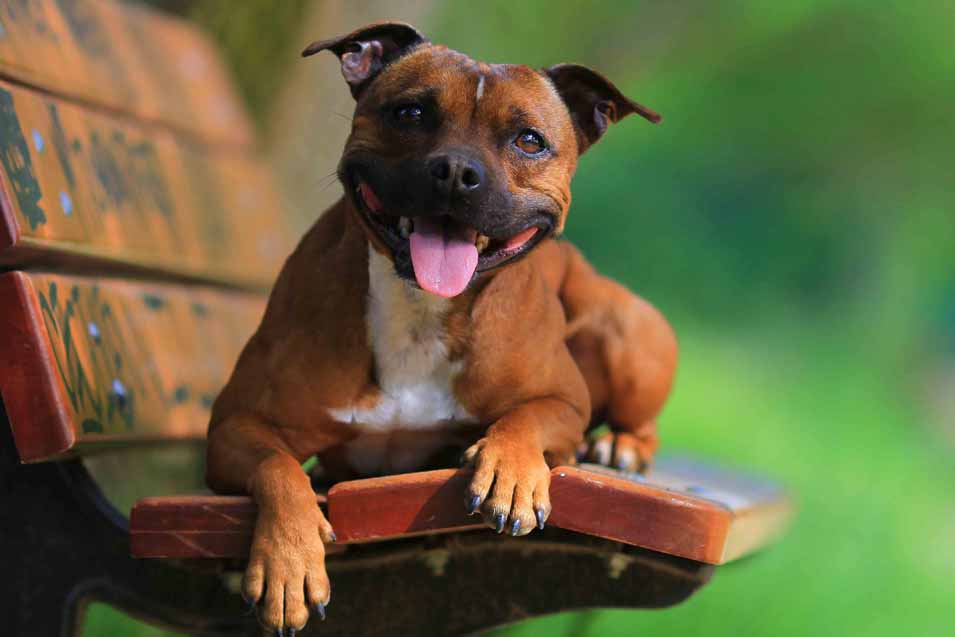 Yes, there are many different dog breeds who are commonly mistaken for pit bulls. The pit bull has become a much vilified “breed” today, a reputation that is most definitely undeserved. Today, many ambassadors for the breed fight against this stereotype by showcasing what a loyal, loving, stable dog breed the “pit bull” can be. May he not suffer the fate of other breeds that have been wrongfully vilified before him. 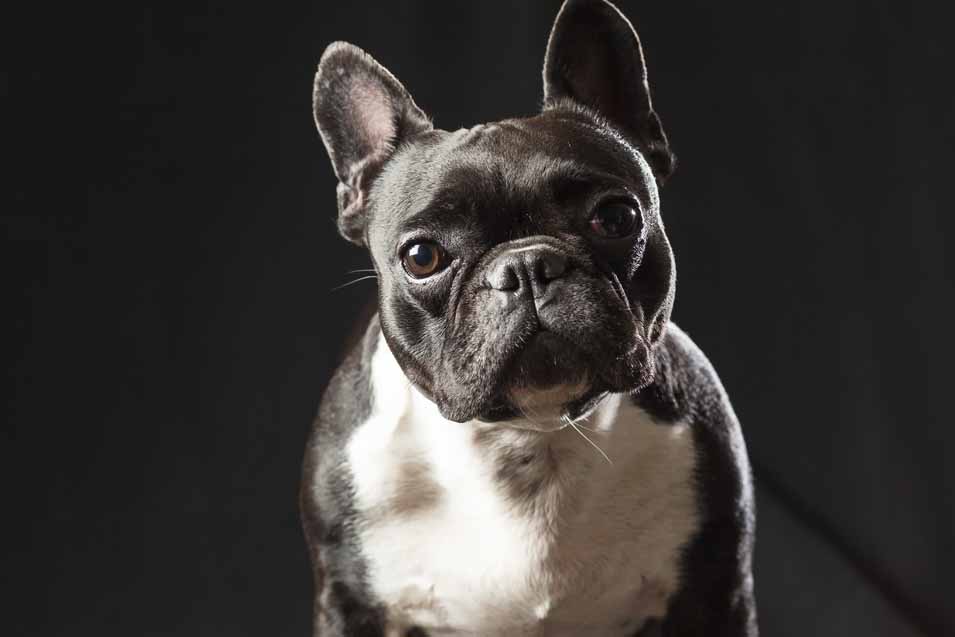 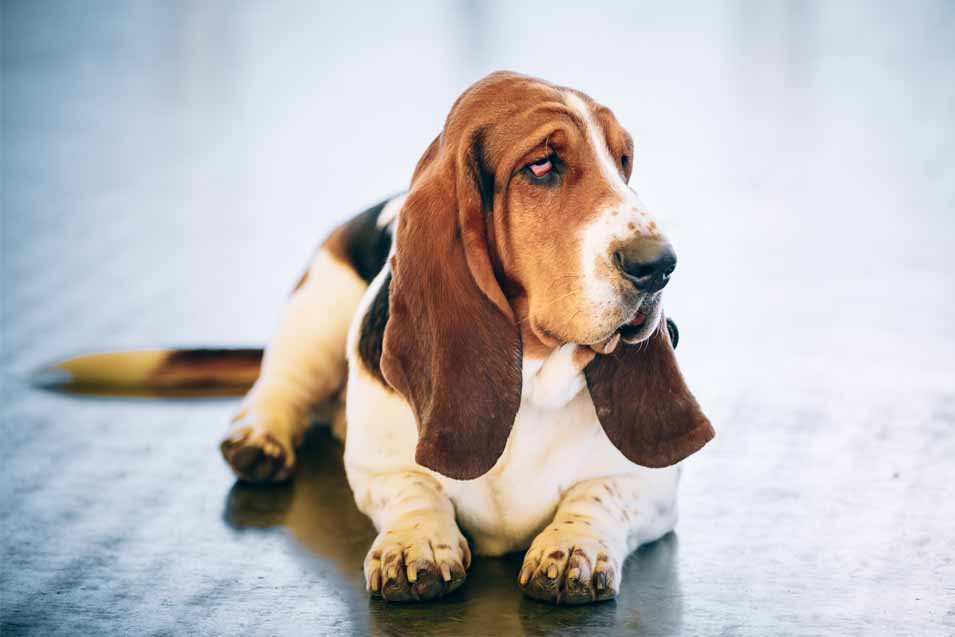 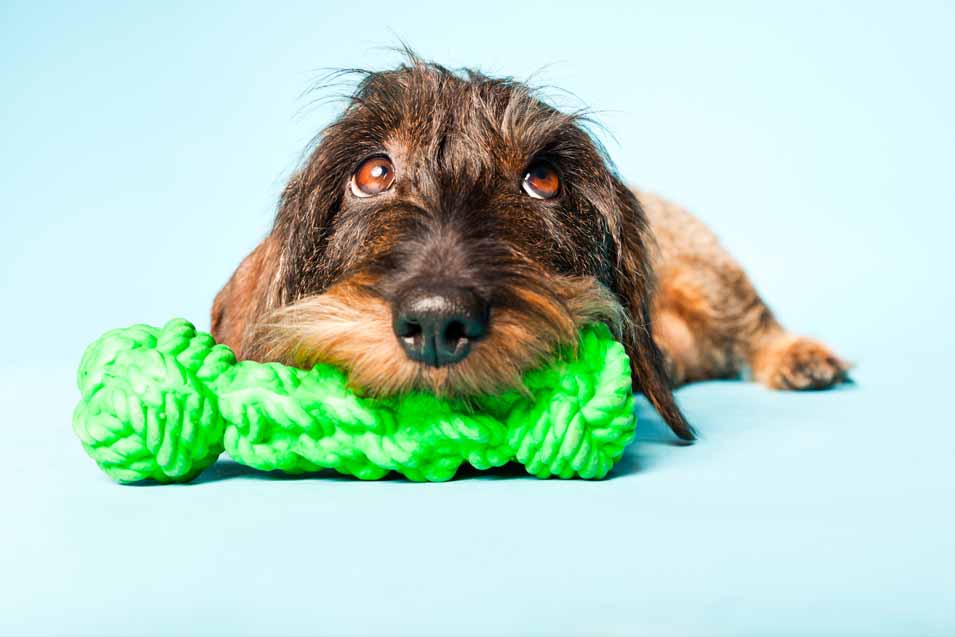