Please Don’t Drive with a Dog in Your Lap 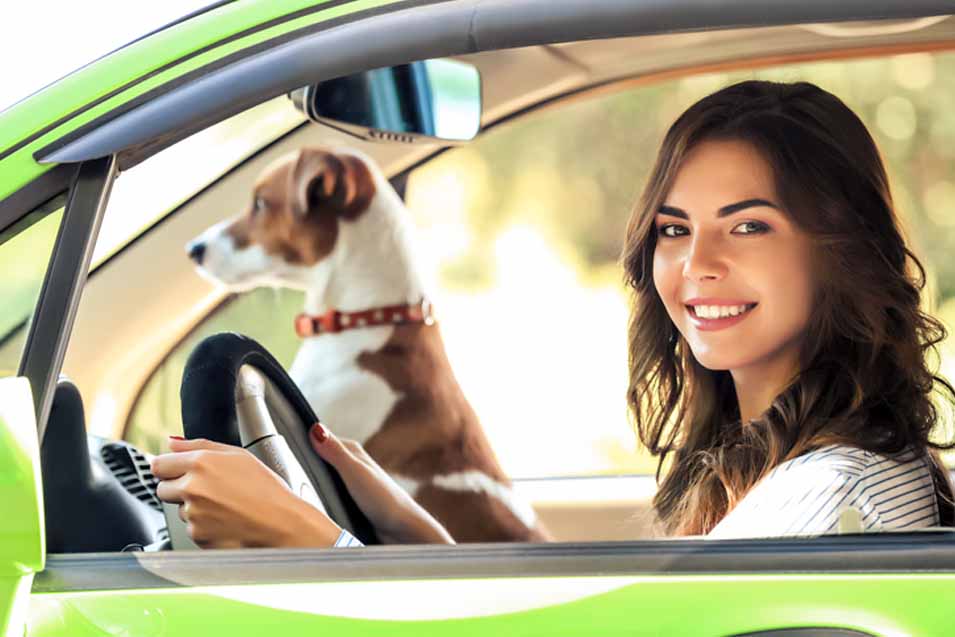 How many times have you seen someone driving along with a dog in their lap? Cute, right? Well, maybe, but certainly not safe. At least three states specifically ban pets from riding in a driver’s lap while driving and in other states you can be charged with an assortment of other penalties if your dog is  unrestrained or interfering with the operation of the vehicle. Driving with your dog in your lap can be dangerous for both you and your pet.

Laws That Prohibit a Dog in Your Lap While Driving

Hawaii, New Jersey, and Rhode Island ban drivers from driving with pets in their laps… more

In Connecticut, Maine, and Massachusetts drivers can be charged with distracted driving or “interference with operation” if you have a dog in your lap.

In Nevada and Washington there are animal cruelty laws that make it illegal to improperly transport an animal which could be applied to driving with an unrestrained pet but these laws are only likely to be enforced in extreme cases.

It tends to be difficult to pass laws banning pets riding in a driver’s lap. They are very unpopular with pet owners and let lawmakers know about it. In recent years nearly a dozen states have considered these bills and none have passed. The California legislature passed a measure in 2008 but Gov. Arnold Schwarzenegger vetoed it. Five bills in different states were introduced in 2017 and all of them either died or were withdrawn.

We don’t have statistics on how many accidents are caused by having a pet in a driver’s lap but, according to AAA Foundation for Traffic Safety, distractions account for many accidents. The three main causes of distractions are are taking your eyes off the road, taking your hands off the wheel, and taking your mind off driving. With your dog in your lap – unrestrained in the vehicle – there’s a good chance that he can cause at least one of these distractions.

According to one survey, nearly one in five respondents admitted to taking their hands off the wheel while driving to prevent a dog from climbing in the front seat. Seventeen percent of the respondents admitted that they allowed their pet to sit in their lap. The AAA Foundation for Traffic Safety found that looking away from the road for only two seconds doubles your risk of being in a crash.

Many drivers say that they are aware of the fact that having a dog riding in their lap can be a distraction, but only 16 percent in the survey said that they used a restraint for their dog. As for reasons why people hold a dog in their lap instead of using a restraint, they may think that their dog is calm in the car and won’t wiggle or act up if they hold him. Other people say they don’t think their dog needs to be restrained.

Other reasons cited for not using a restraint include: never considered it; just take dog on short trips; and a small percentage that want their dog to be able to put its head out the window.

According to people who study this issue, education is the key to get people to stop driving with pets in their laps. While they don’t oppose legislative efforts, education and awareness can help dog lovers understand that it’s safer for pets and owners to use a carrier, harness, or crate than to let a pet ride in someone’s lap.

Dangers of Pets Riding in Laps

Some of the dangers of a dog riding on a driver (or passenger) lap include:

Instead of driving with your pet in your lap, choose a carrier, travel harness, or crate that is crash-tested and approved by the Center for Pet Safety.

A dog riding in your lap – or loose in your vehicle – can be a dangerous distraction. While there are no exact figures, it’s estimated that dogs in these situations likely cause many accidents each year. For the protection of you, your passengers, and your dog, choose a carrier, travel harness, or crate so your dog can travel comfortably and safely in your vehicle. 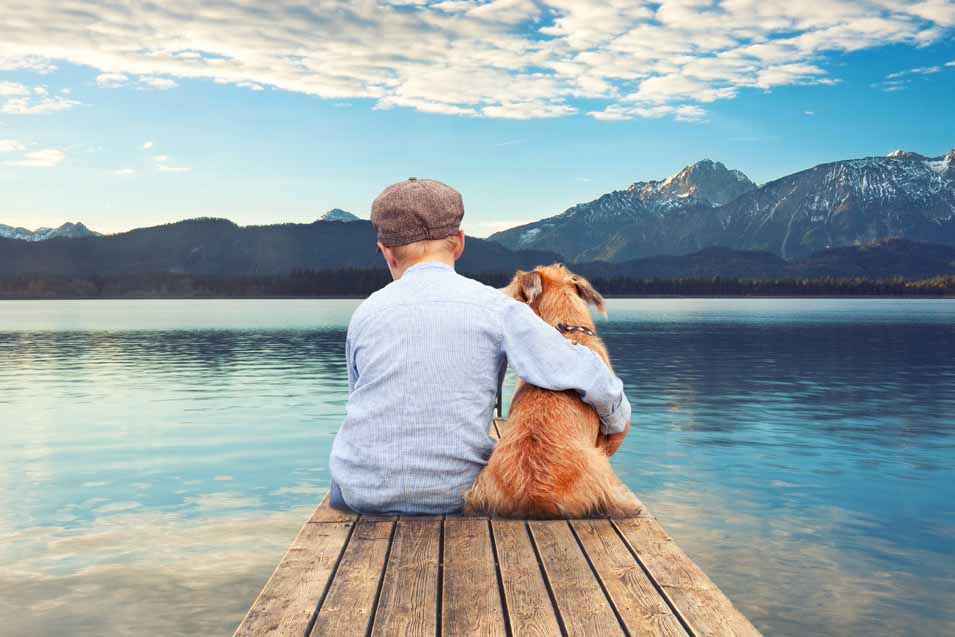 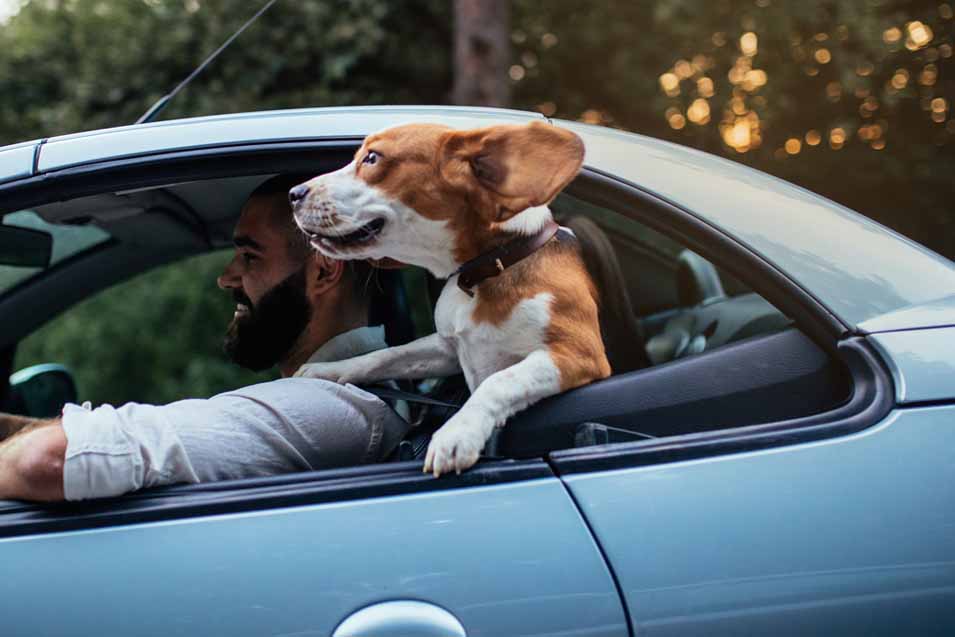 Car Restraints for Dogs – How to Safely Transport Your Dog 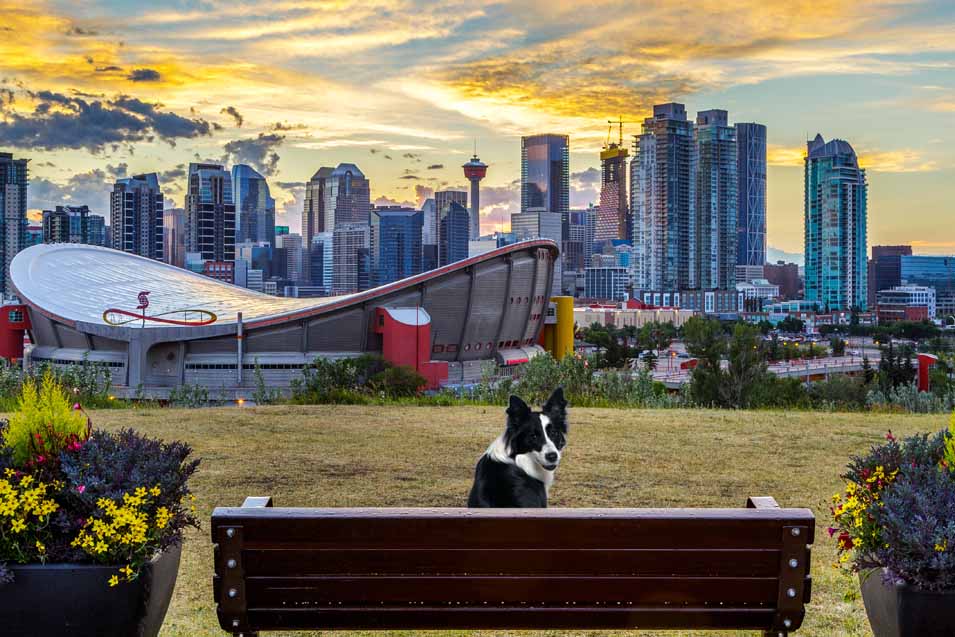 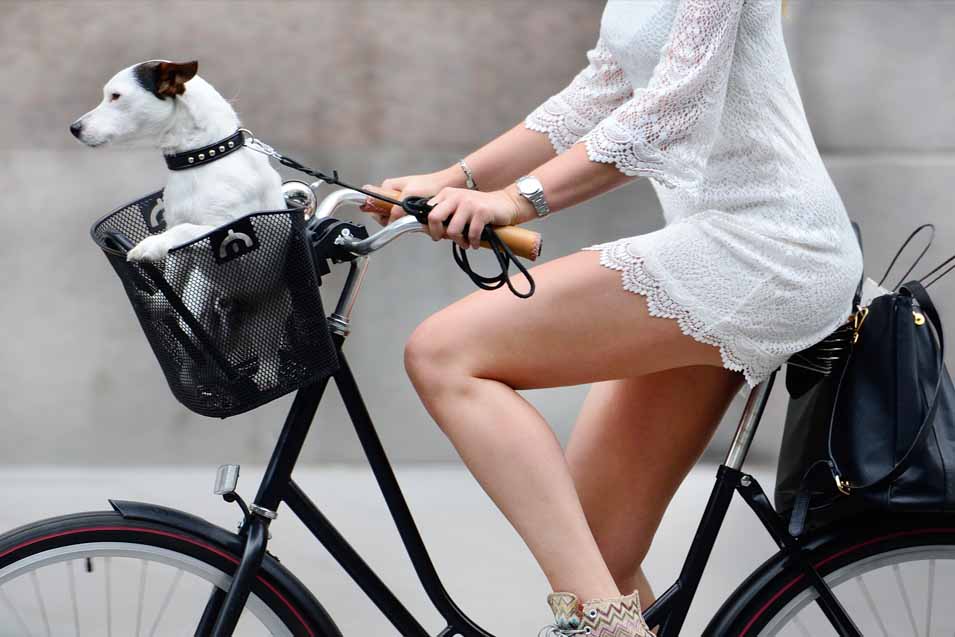 Taking Your Dog for a Bike Ride