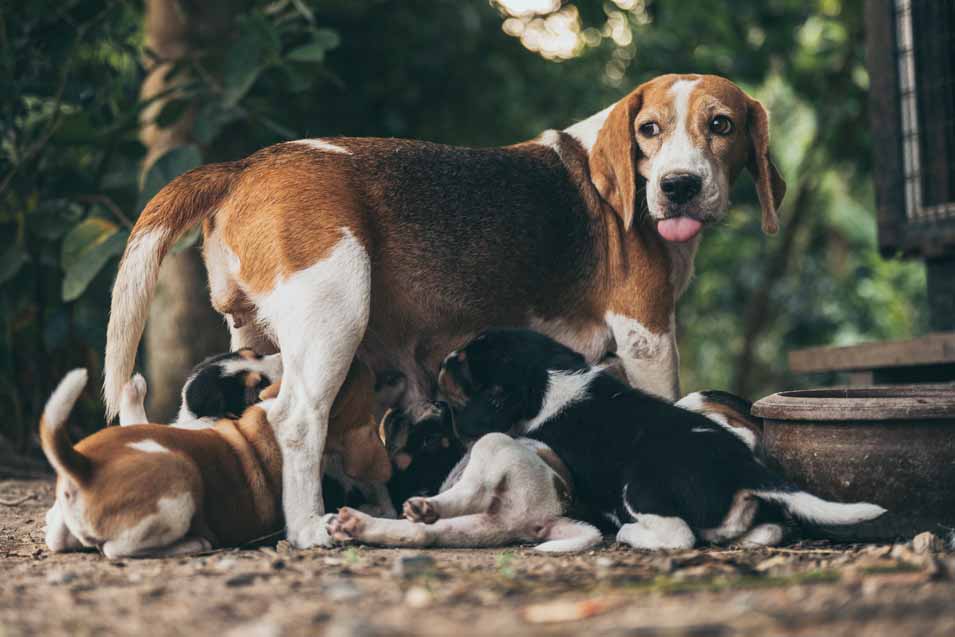 Although its name doesn’t necessarily suggest an infection, as mastitis can typically be defined as the inflammation of the mammary gland, there are two main types of mastitis in dogs, one of which is associated with infection.

In today’s article, we’re looking at the causes, symptoms, and treatment of mastitis and several tips on how you can prevent your dog from developing it.

What Causes Mastitis in Dogs?

A dog can have the following forms of mastitis:

Galactostasis usually affects female dogs that have either given birth and the puppies no longer drink milk as they are supposed to (or they are weaned abruptly, leaving their mother’s mammary glands continuing to secrete milk), or female dogs that have begun lactating but are in the late stages of their pregnancy — and there are no puppies to relieve the pressure inside the mammary gland caused by the production of milk.

Septic mastitis is usually acute, and it is almost always caused by bacteria, of which the most common one is Escherichia coli.

Even though pet parents might tend to think that septic mastitis can only happen if the bitch is kept in an unsanitary environment, while that can be true, it can also occur if the puppies have inflicted trauma on the mammary gland and a pathogen simply found a way of penetrating the organ.

Mastitis is far more common in farm animals, which can be kept in great hygienic conditions, too, but other animals living in the same environment can step on their mammary glands and cause trauma — this is most common in cows.

How Do I Know If My Dog Has Mastitis?

The symptoms of this condition largely depend on the type of mastitis that the female dog has developed. For example, if galactostasis is at the root of the problem, the local inflammation can be severe, but it usually doesn’t progress into generalized symptoms such as fever, lethargy, and others.

However, if the female dog has acute mastitis caused by a pathogen, there will be a number of clinical signs that pet owners can notice in their canine friend:

Since it is difficult to tell whether a female dog has developed galactostasis or bacterial mastosis, veterinary assistance is absolutely necessary in order for a correct diagnosis and the right therapy to be selected.

How Do You Treat Mastitis in Dogs?

First of all, the veterinarian needs to understand what exactly has caused the health problem, in that if the cause is purely mechanical, there could be other drugs that they might have to prescribe.

On the other hand, if a milk sample is collected and examined bacterioscopically and bacteriologically and then an antibiogram is performed, and all of these exams reveal the presence of a pathogen, the dog needs to be put on specific antibiotics.

Sometimes, collecting the milk sample can be extremely challenging as most mastitis cases are associated with a complete stop in milk production. This means that the vet needs to use a syringe to try to have the mammary gland express a small quantity of milk that can be used for analysis.

The antibiotics that are commonly used for treating infectious mastitis are amoxicillin/clavulanate and cephalexin. Fluid therapy can be necessary for animals that are dehydrated or that have gone into shock.

As for galactostasis, it is much easier to treat since the cause is nonseptic. The affected glands are purely swollen, painful, as well as warm to the touch, but other than this, the female dog is usually healthy and behaving normally.

In this case, a vet can recommend a specific diet so as to minimize milk production. Depending on the severity of the issue, the puppies should be weaned or should, on the other hand, be stimulated to feed from the affected mammary glands. Warm compresses can be useful, and a general anti-inflammatory medication (that hopefully doesn’t get transmitted to the puppies through the milk) can be prescribed, as well.

Can Mastitis Go Away on Its Own?

It depends on the type of mastitis that the dog has developed. Galactostasis can be treated with alternative therapies such as the compresses that we have mentioned above. Also, if galactostasis appears as the puppies are being weaned, reducing the water and food intake can prove to be helpful, too. Anti-inflammatory gels and ointments can prove their worth, too, in this situation.

Just to be on the safe side of things, make sure to get in touch with your veterinarian if you see anything wrong with your female dog’s mammary glands. Sometimes, time is of the essence — especially if the condition is of an infectious nature.

It is not uncommon for some dogs to develop septicemia if they have a bad case of septic mastitis — they can simply go into shock during the night and die by the morning.

For this reason, we recommend checking on your dog’s mammary glands every day. It is normal for them to appear slightly swollen if the puppies are ravenous and they irritate the local tissue, but if they become hard, painful, and warm to the touch, something is definitely wrong, and you need to get to the vet clinic as soon as possible.

Finally, it’s worth noting that most mastitis cases have a fairly good prognosis and tend to resolve in a matter of two to three weeks — but only if the dog gets the correct treatment. 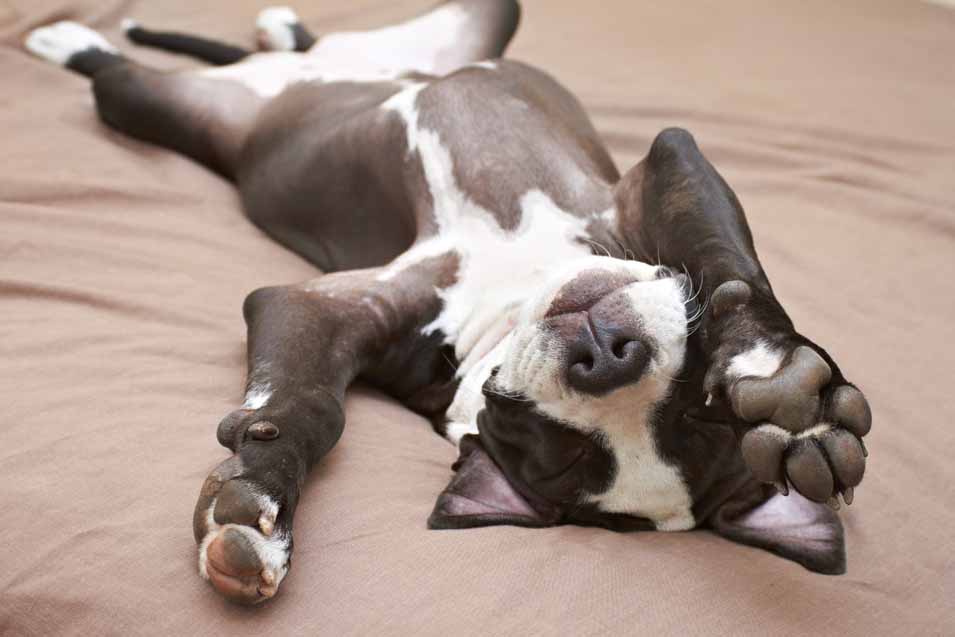