Life is Never the Same After You Get a Dog 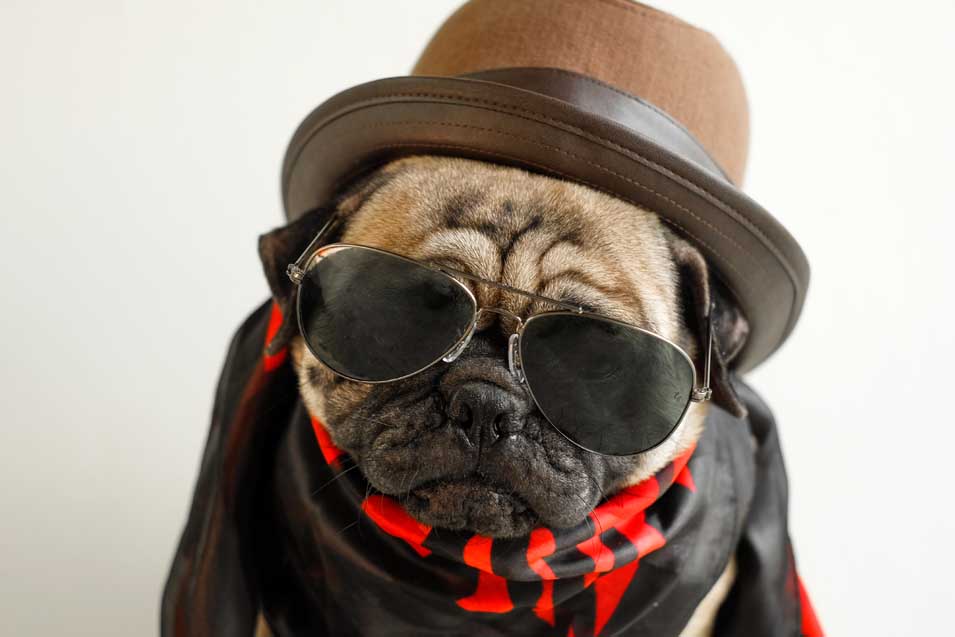 After years of saying it would never happen to you, you’ve taken the plunge and purchased your first dog.  Never in a million years did you imagine how this single decision would so greatly impact your daily life. You knew there would be an adjustment period; after all, training a puppy takes patience and time, and you were committed to doing things right.  Still, you weren’t quite prepared for what actually happened when Fido came happily prancing into your living room.  It’s true—life is the never the same after you get a dog.

Change can be good, and there is no doubt that Fido has been a welcome addition to your family.  He has brought with him great joy, and he has also brought with him great mess!  In the early days of house training, you marvelled that that much…stuff…could come out of a dog that small!  Where was Fido hiding it all this time?

As time wore on and Fido mastered the art of using the backyard to satisfy his bathroom needs, you would often be surprised by the objects you would find out there with him.  A pair of your socks, a lone chewed shoe, sometimes even a “prize” dragged straight out of the dirty laundry.  What in the world was Fido thinking?  Is backyard time that much sweeter when the yard filled with your socks, a purse, a dirty t-shirt, and a pair of underwear in it?  You certainly didn’t have the answer, and Fido wasn’t offering any comments.

Yes, life is never the same after you get a dog.  Here are five ways your life will change when you add a beloved furry companion to your home.

You become a proud and unashamed “pet parent”.
Yep, you’ve met the type, and you’ve likely avoided them.  You’ve heard the endless prattling about how wonderful their dog is, and you’ve tried so hard to refrain from rolling your eyes that you think you may have developed an involuntary facial twitch.  They show you pictures of Fifi after her breakfast with little remnants of food clinging to her beard, and Fifi with mud on her paws after her first romp in the yard in the morning.  Then there are the photos from her first birthday party complete with wigs, dog costumes for all of her friends, and a giant sculpted cake from the local posh bakery.  You are treated a daily reporting of rave reviews from every unsuspecting stranger who runs into Fifi at the dog park, veterinarian, drive thru, puppy class, hairdresser, corner store…the list goes on and on.

Welcome to your people!  You are now officially one of them.  And the competition has begun.  When Fido entered your life, your Facebook profile quickly became overtaken by the latest, most adorable picture of Fido.  You can’t help yourself.  He’s so darn cute, and you want the world to be able to enjoy Fido and his funny antics too. After all, it would be selfish to keep him all to yourself!

The person who never really got the appeal of dogs and insisted that “Dogs are not children!”, now refers to himself as “Daddy” and even finds himself irresistibly drawn to the doggy clothing department of the local PetSmart.

Yep, it’s official.  You’re one of “them”.  You’ve crossed over to the dark side and not only do they have great “cookies” (albeit dog cookies!), they seem to have a whole lot of fun too.

You’re Fido’s daddy and proud of it!  And in the immortal words of Mr. T, “I pity the fool” who dares to say that Fido isn’t the cutest, smartest, most lovable, wonderful creature to ever grace this earth!

Here is how things went around your home pre-Fido.

You to your wife:  “There will be no dogs on the furniture.  I have purchased a dog bed, and that is where Fido will stay at all times.”
And here is what happened post-Fido:

You to Fido:  “Who’s my boy?  Who’s Daddy’s most handsome boy?  Come on up, Fido!  Let’s cuddle on the couch together!”
Yep, you caved.  The man who insisted that Fido was going to have his place and stick to it has now become the man who shares his couch, bed, favourite chair, and even the TV remote with his beloved dog.  You watch a lot more Animal Planet and Nat Geo Wild then you ever did in the pre-Fido era.

When it comes to Fido, the sky is the limit.  You delight in taking him to pet stores and telling him that he can have anything he wants in the store.  ANYTHING.  It’s like the old Barry Manilow song but with a minor twist, “Whatever Fido wants, Fido gets!”

You start talking to your dog…and are convinced that he answers.
You’ve seen other pet owners do it, and you’ve vowed that it will never be you.  Until one day, you catch yourself doing it.  Yep, you’ve started talking to your dog.

Talking to your dog is bad enough, but what’s up with the new voice?  You don’t speak to Fido in your regular conversational tone.  In fact, you don’t even recognize the voice you’ve been using when you decide to have a chat with your boy.   It’s like the pre-pubescent you has returned complete with a new vocabulary rife with baby talk.

But probably the most embarrassing part of the entire equation is the fact that you actually ask Fido questions…and wait for his answers.

Like this: “Fido?  Where is the cat?”  And you wait expectantly for Fido to tell you where the cat is.  He likely knows. But he’s not saying.

Your social life becomes non-existent.
Before Fido, you and your wife were invited out a lot, and you went and had a great time.  You still get invited out (by the people you haven’t driven off with incessant Fido photos and dialogue), but you don’t want to go any more.  Why not?  Because if Fido can’t go, you’re just not that interested in going either.

Times they are a-changin’. Suddenly the man who loved nothing more than being the life of the party would rather sit on the couch, cuddled up with his new best friend to watch The Incredible Dr. Pol.  What could be better?

Yes, a social life has now become overrated to you.  Why go out when you can stay in with Fido and do something fun together like watch him lick his paws or tear the stuffing out of his brand new toy?  Ah, that’s the life!

You smile, laugh, and love a whole lot more.
The truth is yes, your life has changed.  It’s changed a lot.  But not all change is bad, and when it comes to Fido, it definitely isn’t.

Since Fido joined your family, you find you’re far more relaxed than you used to be.  You smile more, you laugh more, and you don’t take things quite as seriously as you used to.

All of a sudden you notice that you’ve changed.  You’ve become a better version of yourself all because of the love of a furry little friend.  Life is a whole lot sweeter for you and your family because Fido has become a part of it.

Yes, life is never the same after you get a dog.  It’s much better! 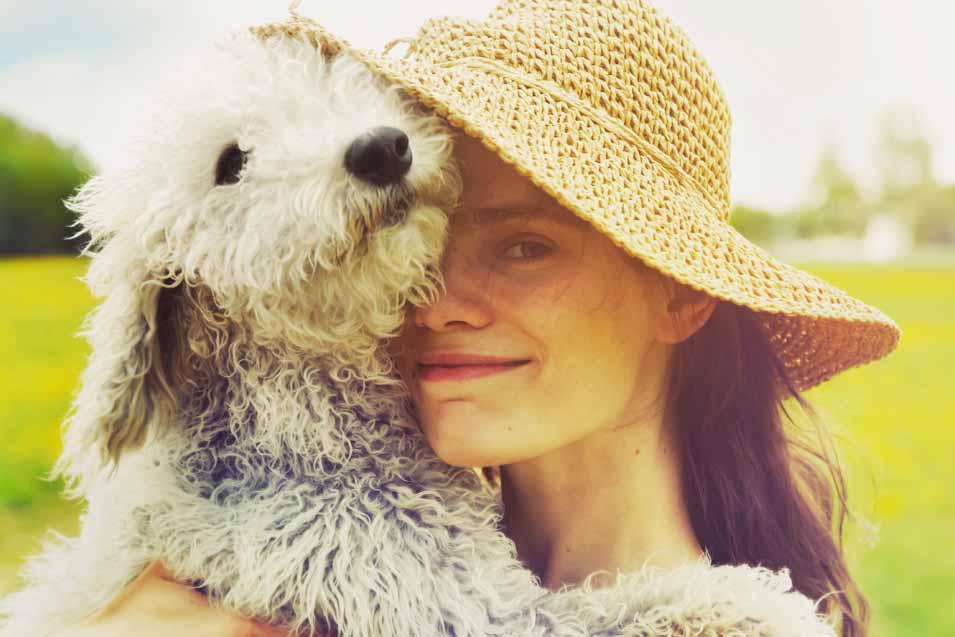 You Can’t Buy Anything Like the Love of a Dog 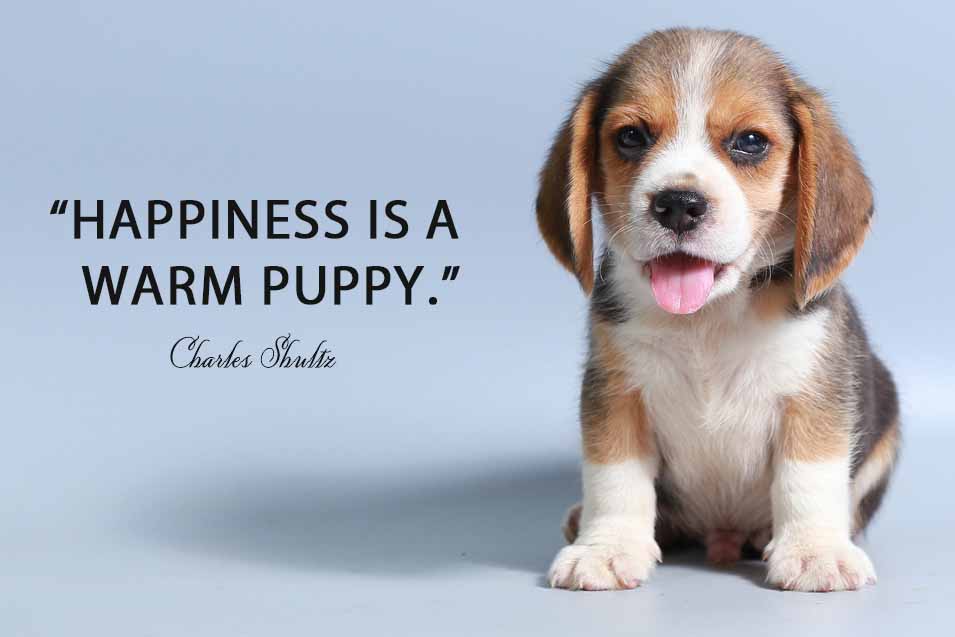 Dog Quotes – Top 150 Quotes About Dogs You Will Find Online 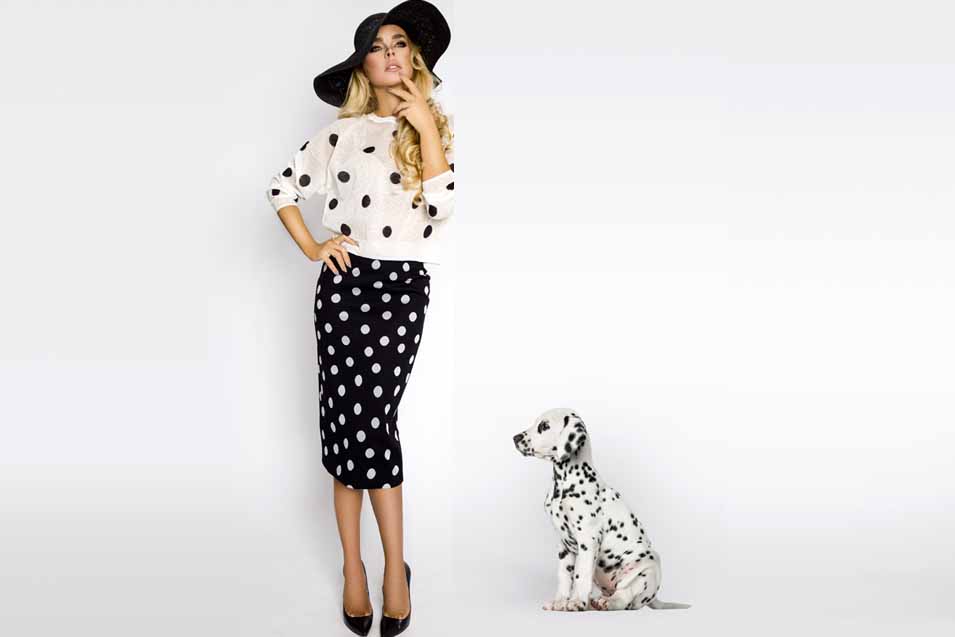 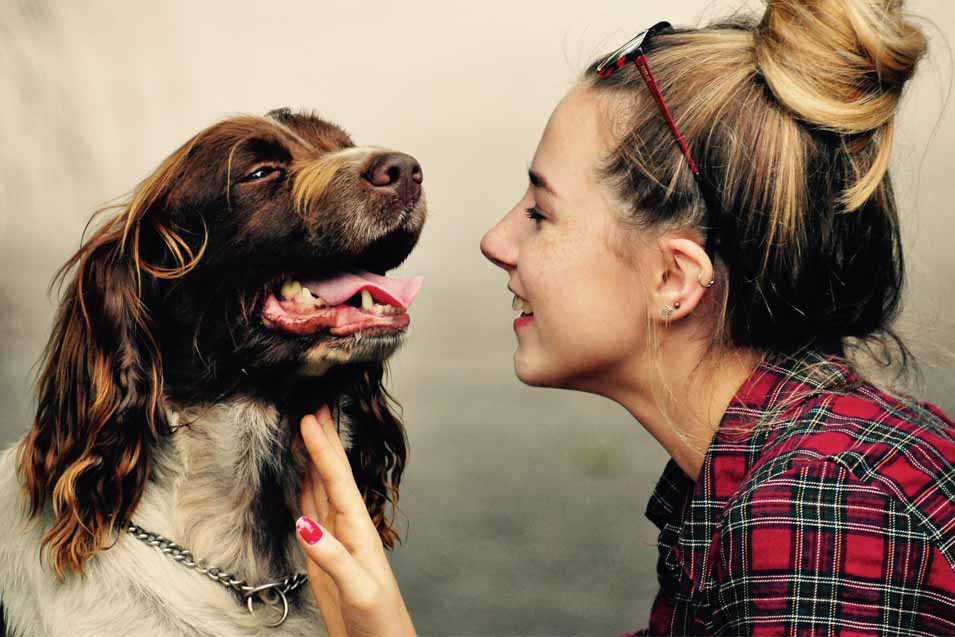 Are You Guilty of Talking Baby Talk to your Dog?