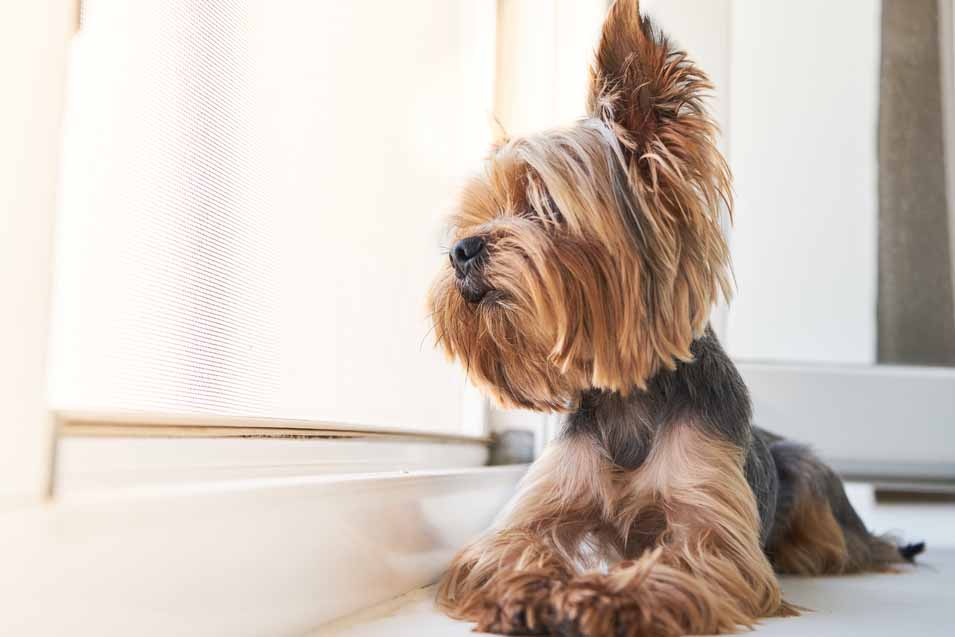 Though dogs and humans speak different languages, it is possible for our fave furry friends to learn some of our vocabulary. On occasion, our dogs will make use of selective hearing to give the impression they don’t understand commonly used commands, but the truth is the average canine is capable of learning up to 165 words in any human language.

How is Dog Learning and Intelligence Measured?

Dr. Stanley Coren, a well renowned writer and psychologist, has devoted a large portion of his career to the study of unique canine traits and behaviors. During his research, Dr. Coren discovered that dogs are a highly intelligent species that are capable of using their mental faculties to resolve complex puzzles. This innate intelligence provides an important window into how our dogs think and what they may be capable of.

Dr. Coren believes that dogs possess the mental intelligence of a two to three year old child, making them naturally capable of learning some human language. Interestingly enough, a dog’s ability to learn new words and skills varies according to its breed. Dog intelligence is measured in three different categories. These are:

Instinctive intelligence focuses on what the dog was bred to do and its level of ability and willingness to fulfill that role. Adaptive intelligence is a measurement that indicates how well a dog acclimates to an environment and learns to live and solve challenges found within it. Lastly, working and obedience tracks a dog’s willingness and natural ability for learning new skills and repeating them on command.

To help identify which breeds are typically the smartest, a panel of Canadian and American judges performed a study to help determine which dog types would score the highest in working and obedience. The results were as follows:

It is important to note that this particular test measures only a dog’s willingness and capability to learn from an instructor. This does not necessarily mean these breeds are the most intelligent when measured across all three categories of intelligence.

How Do We Know Dogs Can Learn Words?

The easiest way to measure a dog’s understanding of words is to link a specific term to an action. When the dog voluntarily offers the desired behavior at the mention of the command, it can easily be seen that the dog has full comprehension of that word.

Experts arrived at the number 165 through a research project featuring a Border Collie by the name of Rico. Rico displayed above average intelligence, assimilating an astounding 250 different terms into his vocabulary. In addition to Rico’s ability to learn words, he was an eager learner, showing the capability for fast track learning, a trait typically shared only by humans and apes.

However, though dogs are capable of learning up to 165 words, their ability to acquire new information is not limited to language. In addition to becoming familiar with 165 terms, the average canine can also learn hand signals as well. Determine owners can also teach their dogs to count as high as five as well as to perform simply mathematical operations such as adding single digit numbers.

What Tests Were Used to Measure Dog Intelligence?

There were four basic tests employed to help measure the innate intelligence of the average dog. Each of these studies focused on spatial challenges and a dog’s ability to resolve these problems successfully. The primary test each dog was asked to solve involved a barrier which stood in the way of the dog reaching something he considered desirable such as a treat, toy, or person. Intelligence was measured by the skills the dog displayed during the testing process. Among the things that indicated a higher level of intelligence were:

What is the Best Way to Teach a Dog New Words?

Most pet owners already know the best way to teach their dogs new words. They’ve been doing it since the first day their best canine pal set foot in their home. Through repetition and positive reinforcement, dogs can and often eagerly will learn to associate words with certain behaviors or actions. It is through this method that dogs learn everything from their name to basic commands such as sit, down, and stay.

Making use of a visual cue such as a hand gesture or object can be particularly helpful in teaching Fido new words. For example; for those wishing to teach their dog to bring them their slippers, it is necessary to help the dog to understand what he is supposed to look for when the word “slipper” is used. The best means to achieve this is by holding up the slipper and repeating the word “slipper” then rewarding the dog with a treat. Over time, the dog will soon associate the sound of the word with the desired object, and the final outcome is achieved.

Language is also reinforced through the tone of voice used by the instructor. Body language also plays a vital role in the learning process. Dogs are experts at body language, often picking up on our emotions simply by the way we carry ourselves or even our facial expressions. Many dog trainers assert that linking a hand gesture together with a command is the best way to teach a dog a new word.

How many words can a dog learn? Experts agree that the average dog can learn up to 165 words. Superdogs possess the capability of acquiring a vocabulary of up  to 250 different terms. But that’s not all! With some time and patient teaching, Fido can also learn to count, recognize hand signals, and even perform basic mathematical functions. Maybe next year; with a little extra practice, you can get Fido to do your taxes for you! 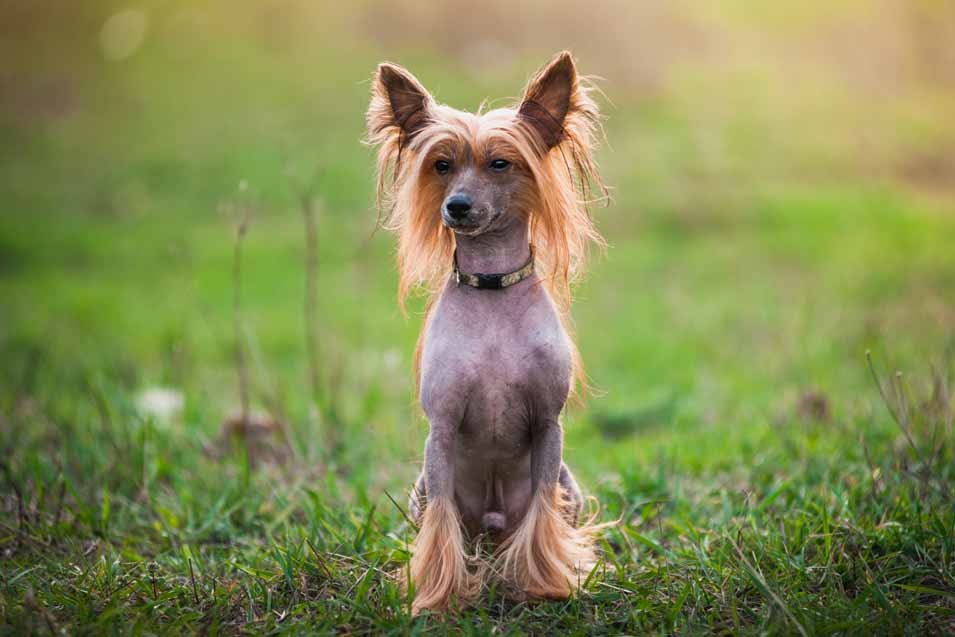 The Top 10 Most Googled Dog Questions 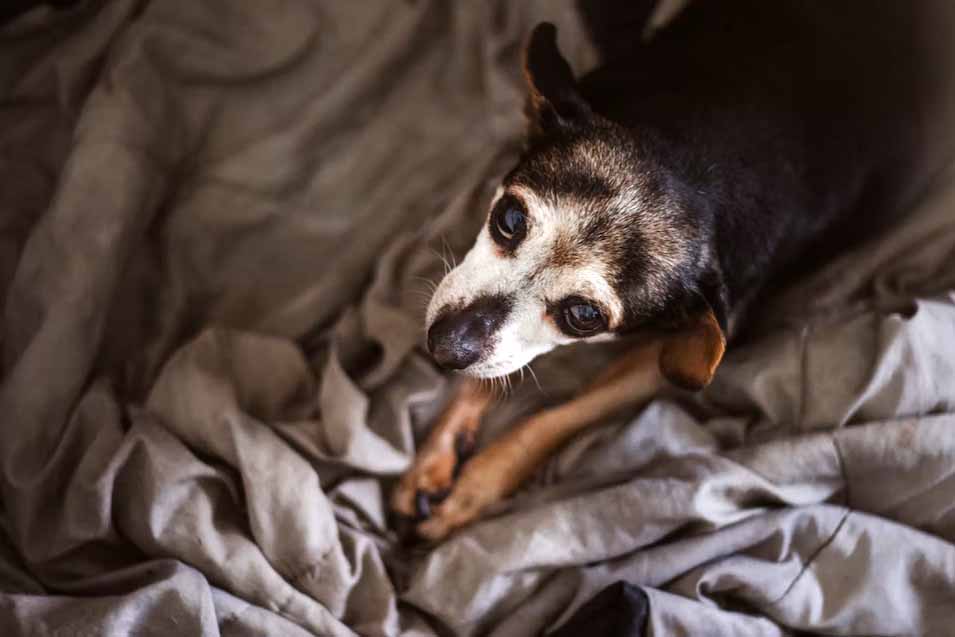 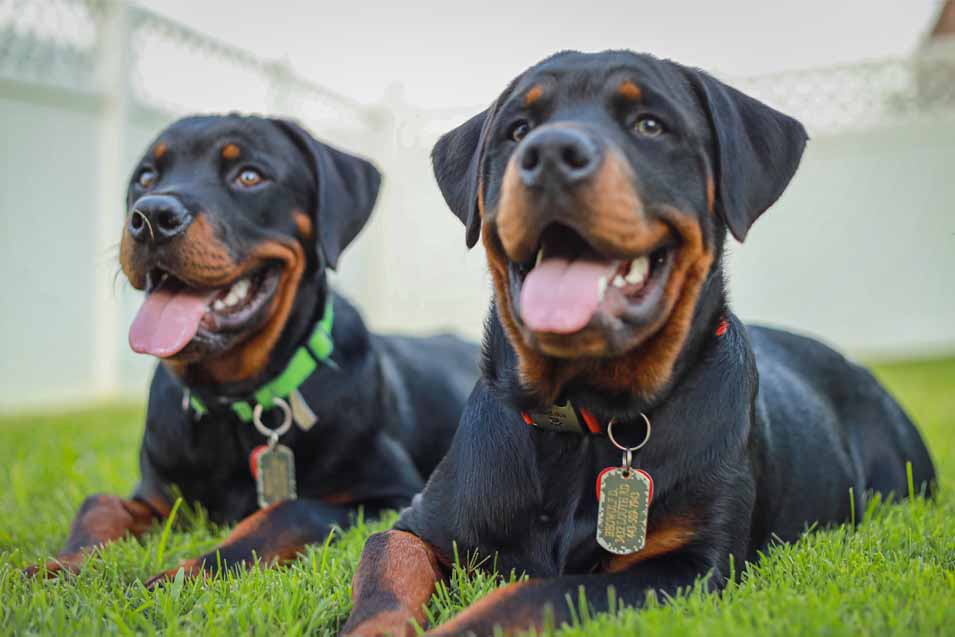 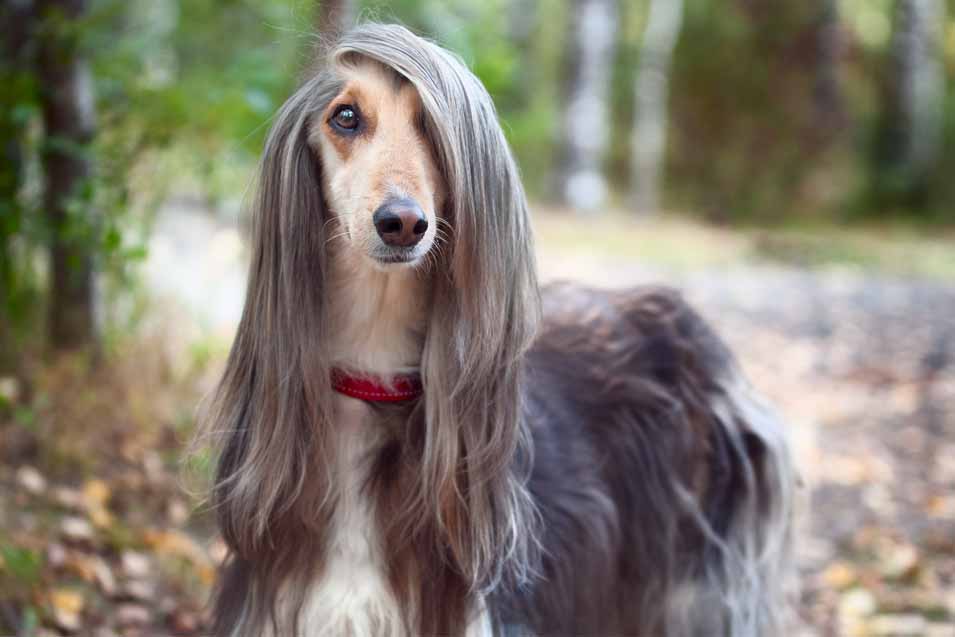