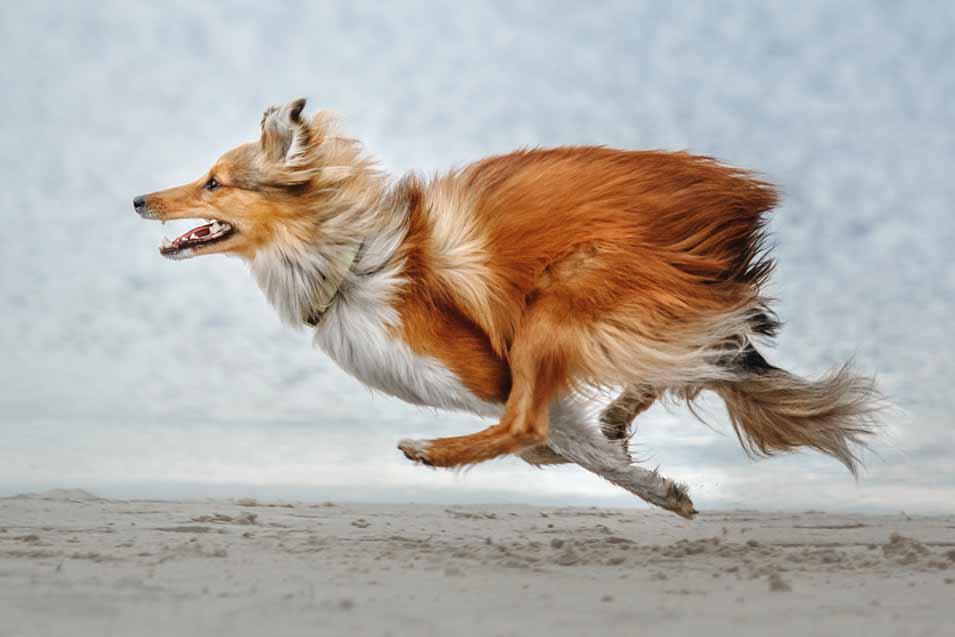 The reason the number varies from one dog to the next is that some dogs have longer or shorter tails. In today’s articles, we’re looking at several interesting facts about dog bones, their locations, their type, and the functions they perform in a dog’s body.

Differences between the human and the canine skeleton

The shape of some bones differs, such as the thigh ones and the femur being more bowed in dogs than they are in humans.

Also, dogs do not have clavicles, but people do. The location of the kneecap is another difference that must be noted as dogs have it right above the joint and at the bottom of the femur, whereas humans have it over the tibia and femur (forming the knee joint).

There are other differences, but these are the most significant ones in the osteo-skeletal systems of these two species.

How many bones in a dog’s head?

Dogs have 50 bones in their skulls, no matter their breed. The only difference between one breed and the next is in the bone size.

How many bones in a dog’s tail?

If the tail has suffered no modifications for esthetic reasons, it should have 23 bones. However, the number can vary from one animal to the next. In some cases, the tail can be as short as to have just 6 vertebrae.

How many bones in a dog’s spine?

The spine can be split up into five different regions:

Different types of bones in Dogs

A dog has five types of bones in its body. These are the following:

These are mostly located in the ankles and wrists, and their primary purpose is to equip the dog with fine movement, as well as stability.

The femur is perhaps the best example of a long bone that can be found in a dog’s body. But like any other long bone, the femur allows for movement, and it also supports the animal’s weight. Long bones are located in the legs.

The location of these bones is a little varied as they can be found anywhere from the shoulders and ribs to the sternum and pelvis. These bones have a significantly lower amount of bone marrow compared to their thicker counterparts.

Flat bones are effectively used for other bones, muscles, and ligaments so as to create connections between one body region and the other.

Another note that we must make with regard to this type of bone is that it can be found in the skull, too, where it plays the role of protecting the ears, eyes, sinuses, and of course, the most important organ of all, the dog’s brain.

These are located in the knee and the wrist, and they are considerably lower in numbers compared to other types of bones.

Some irregular bones can be found in the skull and the spinal column, but they can also be located in the hips.

What are dog bones made out of?

Calcium phosphate and collagen are the two primary components of bones. A variety of other minerals, vitamins (particularly vitamin D) play the part of making sure that calcium is stored in a dog’s bones.

The hard part of a bone is made of minerals, but in the center, most bones (except the very flat ones) have a thick channel where bone marrow can be found. The latter is in charge of producing red blood cells, as well as platelets, so it is essential for the good functioning of a dog’s body.

Stem cells are also present in the bone marrow, especially in younger animals, and these can be very important in fighting off some types of diseases.

What is the purpose of bones in a dog’s body?

This might seem like an illogical question, but the truth is that dog bones exist not only for providing the animal with a structural framework so that everything else is organized properly.

Bones can also protect a dog’s organs from being damaged in trauma, for example, and they also ensure that physical movement is made possible by being surfaces where ligaments, tendons, and muscles can constrict and expand.

Bones are also in charge of releasing calcium and phosphorus into the dog’s bloodstream in times of need. However, that doesn’t mean that they should — dogs should get the right nutrition so that they never end up suffering from rickets.

Finally, the fact that the bone marrow produces red blood cells and platelets underlines just how important bones are in a dog’s body.

Some of the most common skeletal abnormalities that dogs are prone to (or that are born with) are the following: