How High Can a Cat Jump? 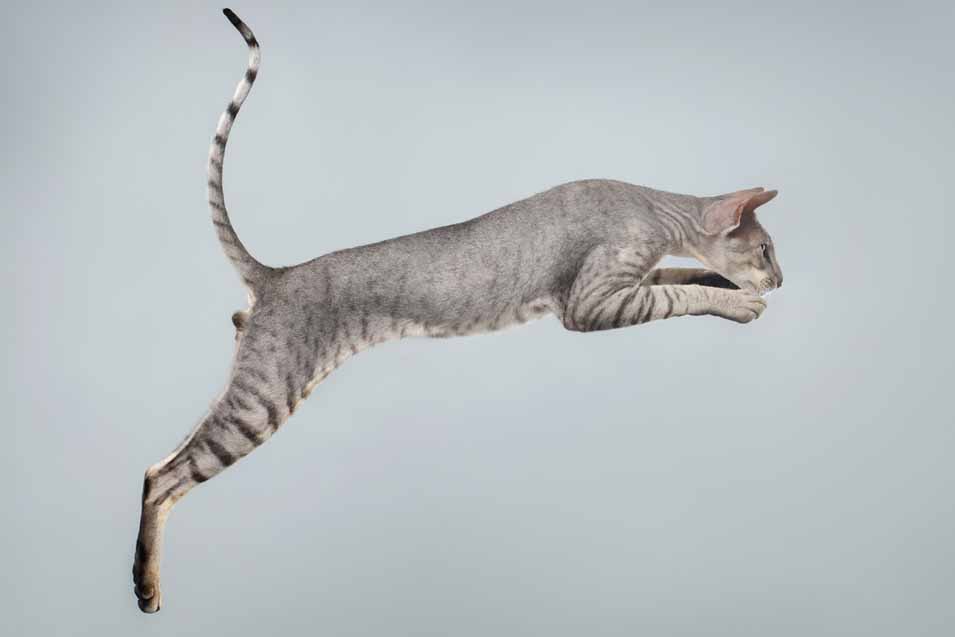 If you have ever owned (or have ever been owned by) one or more cats during your lifetime, you probably already know the short answer to this question: Domestic house cats can jump pretty high. Cats are athletic, muscular creatures capable of feats that make us humans shake our heads, cover our eyes and wait for the screeching noise that we expect will inevitably come from a kitty who has just taken a leap of faith—only to be surprised that, not only did the cat make the jump, but landed on all four paws. Here we will examine the corresponding laws of physics involved in determining how high felines can jump.

Just How High Can a Cat Jump?

Cats can jump as high as five to six times their own body length. So, if the average cat is 18 inches long, they can jump from 7.5 feet to 9 feet! The taller the cat, the higher the cat can jump, which means that some cats can even jump 10 to 11 feet high!

According to the Guinness Book of Records, the human world record for a high jump is 8 feet five inches (set in 1993 by Javier Sotomayor of Spain). Cats, who stand less than two feet tall, can’t jump quite that high, of course. However, most cats can jump as high as five feet, without getting a running start. They may be able to jump up to seven times their own height. Cats are more flexible and agile than humans, and are capable of some amazing aerial maneuvers.

The Guinness Book of World Records states that the record for the longest cat jump is 213.36 centimeters, held by Waffle the Warrior Cat of Big Sur, California. This is equivalent to 84 inches!! It is unclear what sparked the kitty to jump this far, but you can be sure that there was some sort of trigger to get the cat to jump to such lengths!

Think about this: if the average human could jump as far as a cat, and the average human stands at 5 feet 10 inches tall, they would be able to jump between 30 and 35 feet! This shows that cats really can jump higher than humans, respectively! 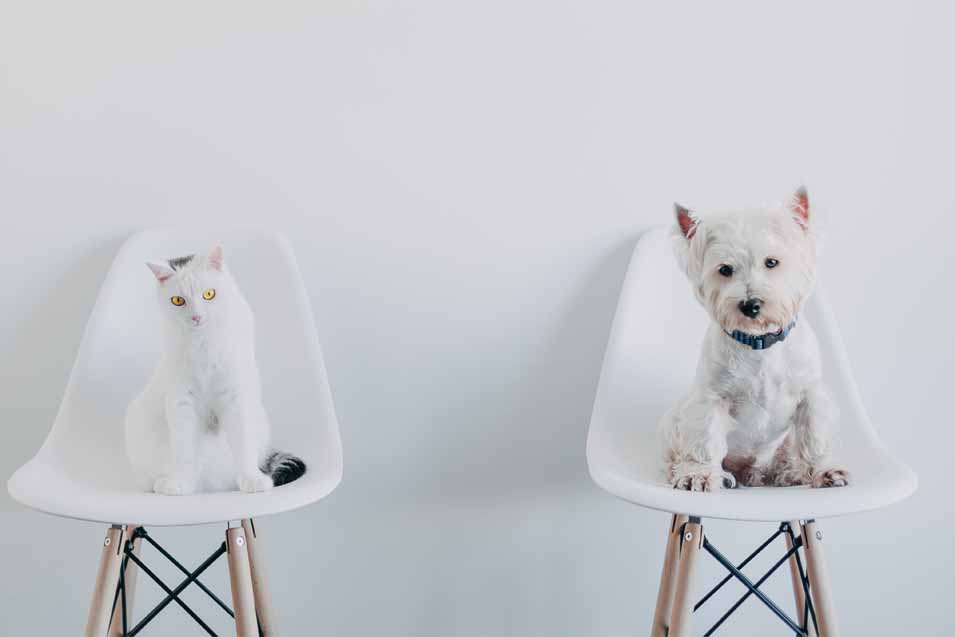 Cats can jump much higher than dogs and can jump longer distances than dogs as well. While cats can jump up to seven times their own height, and for pretty long distances, dogs can’t jump quite as high. The ability of a dog to jump is highly dependent upon its size. Smaller dogs with shorter legs and less flexibility cannot jump as high or long as stronger, more agile dogs. Dogs have been known to jump as high as six feet in order to clear fences or other obstacles.

Breeds of dogs that can jump higher (but often still not as high as the average feline) include (but are not limited to) Border Collies, Australian Shepherds, German Shepherds, Greyhounds, and Jack Russell Terriers.

If My Cat Can Jump That High, How Do I Keep Them Safe?

You might be wondering how on earth you can keep your cat safe if they can jump so high. That’s why cat-proof enclosures, like catios, are recommended by cat experts in order to give your cat some safe exposure to the outdoors. They will usually include a fence that is angled inwards at its top, deterring the kitty’s climbing and jumping out. The enclosure should also be covered by mesh to keep cats from climbing out of it. It can also help to keep predators out of the catio. Large birds have been known to sweep down to harass a cat, and could even carry off a smaller kitten.

Which Cat Breeds Jump the Highest or the Longest?

Certain breeds of cats can jump higher than others. The Burmese, for example, is quite flexible and agile and can jump pretty high. Other cat breeds that are high jumpers include Bengal, Somali, Abyssinian, Manx, Savannah, Siamese, Oriental, and Ocicat.

Larger wild cats, like lions and leopards, can jump distances 20 to 25 feet long. Tigers can jump distances of 30 feet! The cat who can jump the highest and the farthest, however, is the puma (also called a mountain lion or cougar). Some say they have seen a puma jump 18 feet straight up in the air. It can also run at speeds of 50 miles per hour. Its powerful hind leg muscles are responsible for the puma being able to jump so high and run so far.

Do Cats Always Land on Their Feet When They Fall? 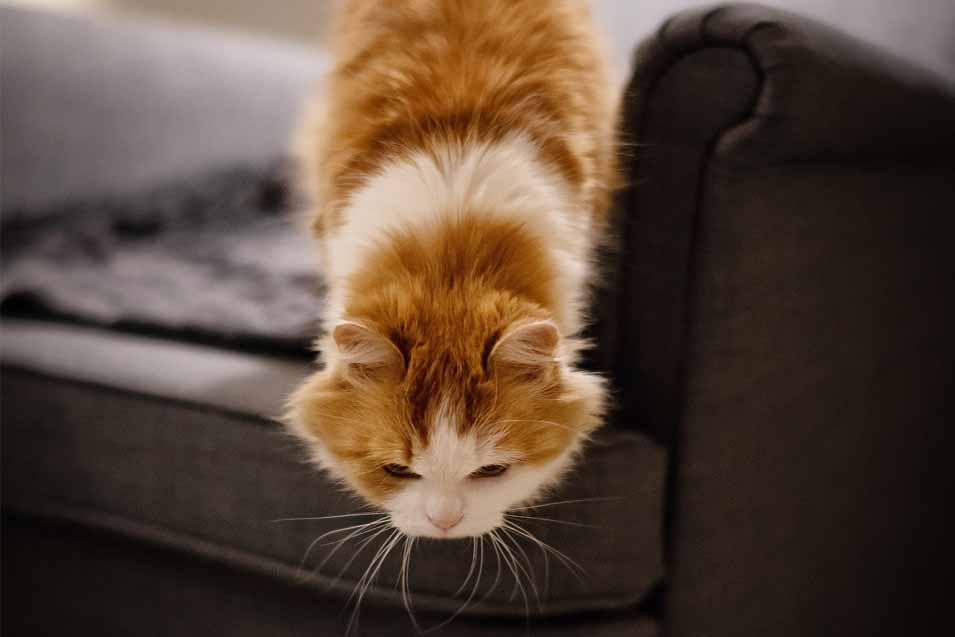 Most domestic cats can survive falls, even from great heights. They don’t always land on their feet, but because of their unique agility and ability to twist their bodies around quickly, they will often land on their feet. That being said, falls are still not healthy for any cat. They can get muscle strains (or worse injuries – see below) from falling or jumping and landing wrong.

Domestic cats typically fall at a speed of about 60 miles per hour. At this lower velocity, the cat usually survives the fall, although they might be hurt. Veterinarians often refer to injuries a cat sustains from falling from a building “high-rise syndrome.” This usually involves a fall of seven to nine stories (or 23 to 30 feet). The Journal of the American Veterinary Association reported a study that examined 132 cats who had been taken to the vet after a serious fall. They found that cats that fall from heights over seven stories  are less likely to be seriously injured than cats who fall from heights of five stories. It is believed that the extra height gives cats more time to twist their bodies around to slow their descent and land on their feet.

Injuries that cats can sustain from falling include broken bones (often a broken jawbone and shattered teeth from the cat’s chin hitting the ground); injuries to joints and tendons of the legs; and internal injuries, especially to the cat’s lungs. The overall rate of survival of cats who fell from two to 32 stories and were brought to the vet is a surprising 90 percent.

It’s ok to allow your cat to jump high (like you could stop that if wanted to!) but make sure kitty stays safe, indoors or outdoors. If your cat does land wrong from a jump or a fall, or seems different after landing, make sure to get them checked out by the vet. 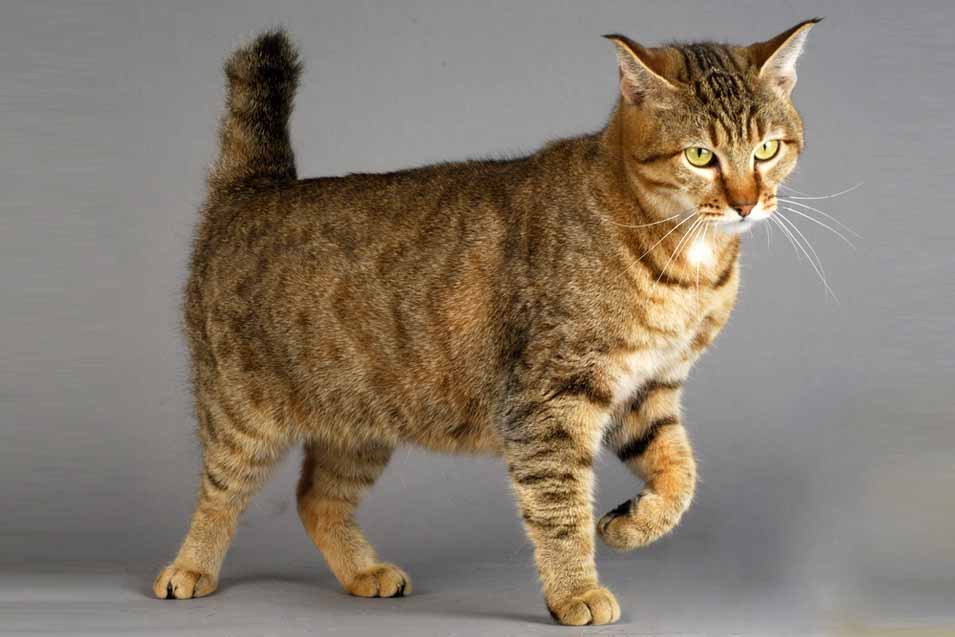 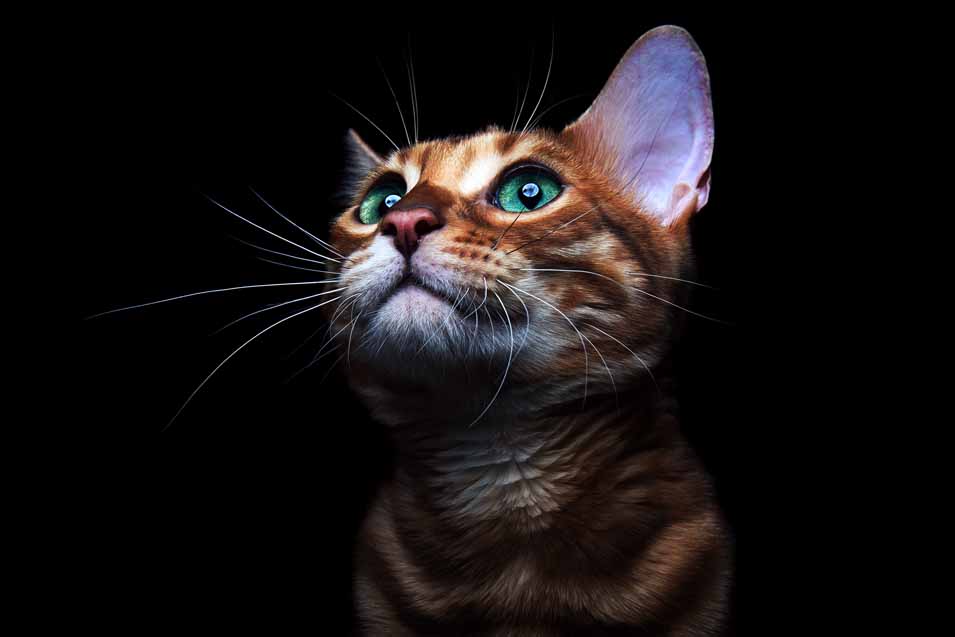 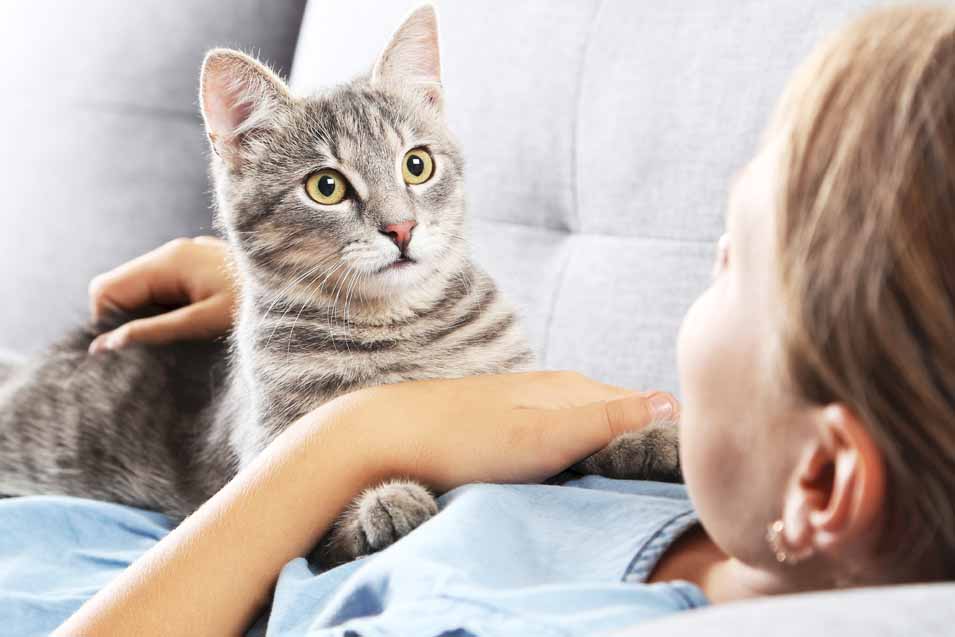 Why do Cats Knead? 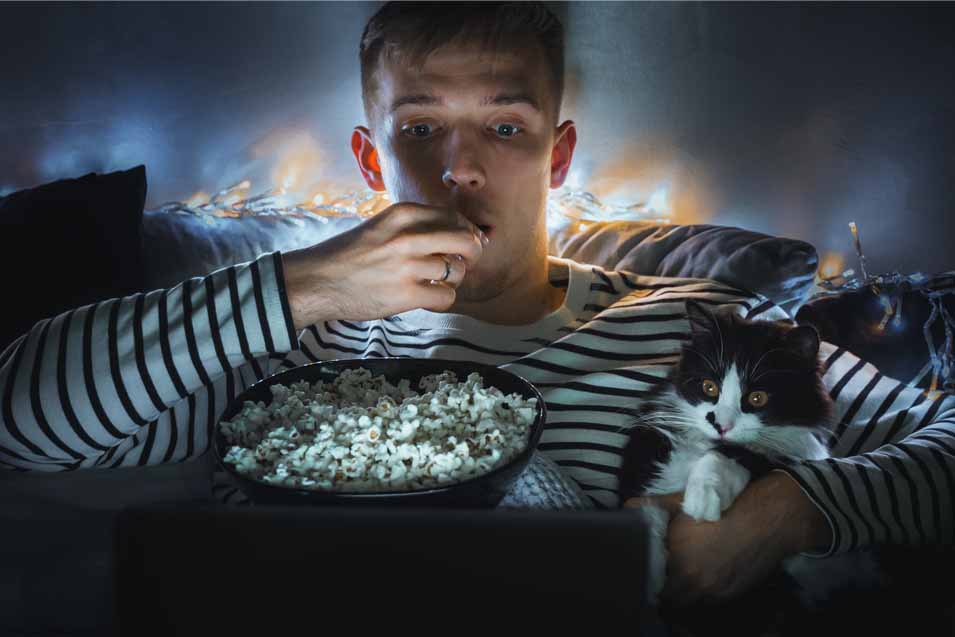