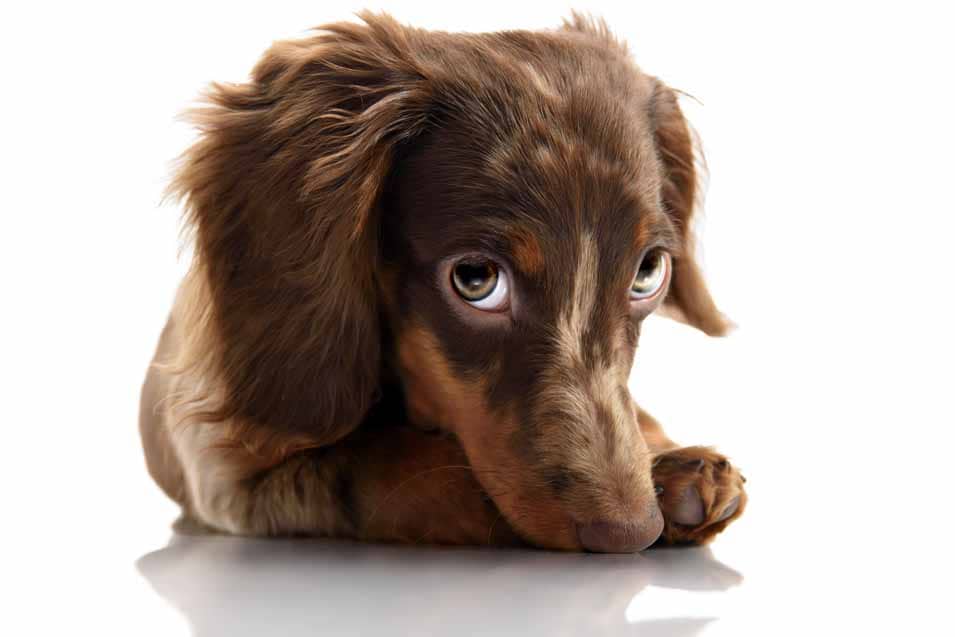 People love to laugh, and they love their dogs. If you can assimilate the two together, you’ve got a winning combination, for sure. There is no question that our dogs keep us entertained. They are the subject of many entertaining stories we repeat with much pleasure to the delight of our friends and families. But dogs also prominently feature in the punchlines of jokes, bringing a smile and laugh to an otherwise mundane day. What are some of the best dog jokes today?

The Top 40 Dog Jokes to Make You Smile

If you’ve had a “ruff” day, you could no doubt use something to make you smile. Here is a list of the top 50 dog jokes to bring some joy to your day:

How do dog catchers get paid?

What do chemists’ dogs do with their bones?

What do you call a cold canine?

What do you call a black Eskimo dog?

What do you call a frozen dog?

What do you get if your cross a Beatle with an Australian dog?

What do my dog and my phone have in common?

They both have collar I.D.

What is it called when a cat wins a dog show?

What do dogs eat for breakfast?

Why are dogs such good storytellers?

They know how to paws for effect.

What kind of dog likes to take bubble baths?

What kind of dog doesn’t bark?

What is a dog’s favorite instrument?

Why doesn’t anyone want to work for a dog?

Because they hound their employees.

Where did the dog leave his car?

In the barking lot.

What do you get when you cross a sheepdog with a rose?

How does a dog stop a TV show?

What do you get when you cross a Cocker Spaniel, a Poodle, and rooster?

What does a dog get when he finishes obedience school?

What did the dog say when he sat on sandpaper?

What did one flea say to the other?

“Should we walk or take the dog?”

What do you call a dog that meditates?

Who is a dog’s favorite comedian?

What kind of dog can jump higher than a building?

What kind of dog will laugh at any joke?

Why did the snowman name his dog “Frost”?

Why do dogs run in circles?

Because it’s hard to run in squares.

What do you get when cross a racing dog with a bumblebee?

They both have a lot of bark.

What type of market should you never take your dog to?

What do you get if a cross a dog with an airplane?

What do you call a snowman’s dog?

The Trouble of Flying your Dog

A woman called an airline  customer-service desk asking if it was possible to fly with her dog on board.

“Sure,” the airline agent said, “as long as you provide your own kennel.”

She continued to explain that the kennel needed to be large enough for the dog to stand up, sit down, turn around, and roll over.

The customer was perplexed:  “I’ll never be able to teach him all of that by tomorrow!”

Three Dogs and a Beautiful Poodle

Three handsome male dogs are walking down the street when they see a beautiful, enticing female Poodle. The males are speechless before her beauty, slobbering on themselves and hoping for just a glance from her in return.

Aware of her charms and her obvious effect on the three suitors, she tells them, “The first one who can use the words “liver” and “cheese” together in an imaginative, intelligent sentence can go out with me.”

The sturdy, muscular black Lab speaks up quickly and says, “I love liver and cheese.” She replies, “Oh, how childish, that show no imagination or intelligence whatsoever.”

She turned to the tall, shiny Golden Retriever and he blurts, “UMMMM…I hate liver and cheese…”

“I guess it’s hopeless. That’s just as dumb as the Lab’s line,” said the Poodle.

The Most Useful Dog

On a bright and early Sunday morning, my wife said to me, “Our dog is so smart! He brings in the daily newspapers every single morning.”

I reply, “It’s not that special. Many dogs do the same.”

My wife responded, “But we aren’t subscribed to any newspapers.”

A man walks into an animal hospital with his Bulldog and says, “My dog is cross-eyed. Can you fix it?”

The vet replies, “Let’s have a look at what’s wrong.”The vet picks the dog up while examining his eyes. After thoroughly inspecting the dog for a few minutes, he says, “I am going to have to put him down.”

“What?! You’re going to put him down because he is cross-eyed?”

“No, because he is really, really heavy.”

Difference Between a Cat and a Dog

A woman lives with both a cat and a dog. Everyday, she’ll feed them, clean up after them, and provide them with plenty of love and affection.

The dog is very grateful. As the owner approaches the dog and fills his bowl with kibbles, the dog thinks, “WOW! You do all this for me everyday. You must be God.”

The owner then walks over to the cat and gives her her daily food. The cat thinks to herself, “WOW! You do all this for me everyday. I must be God.” 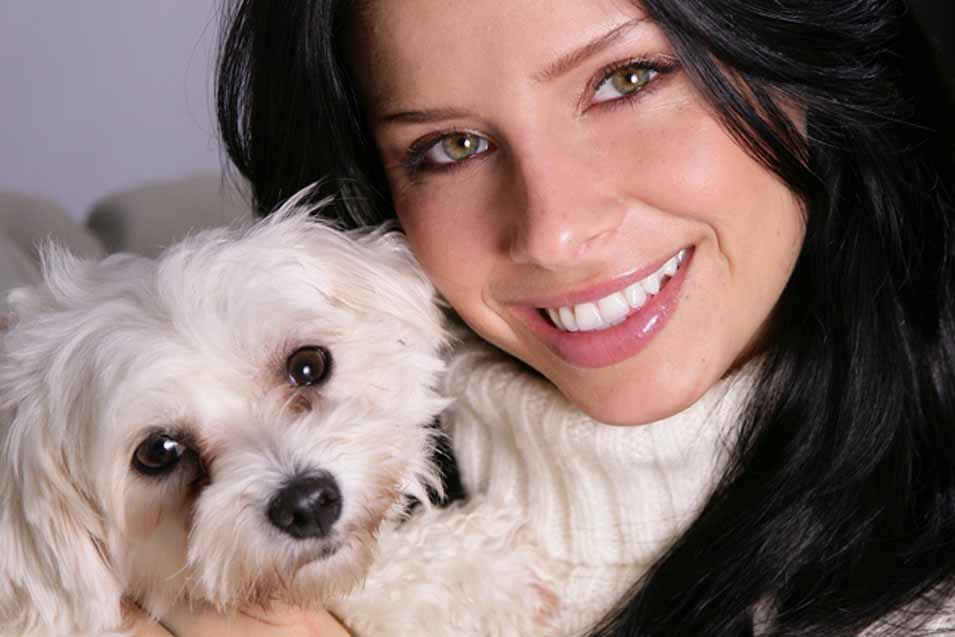 Talking to Your Dog – It Doesn’t Mean You are Crazy 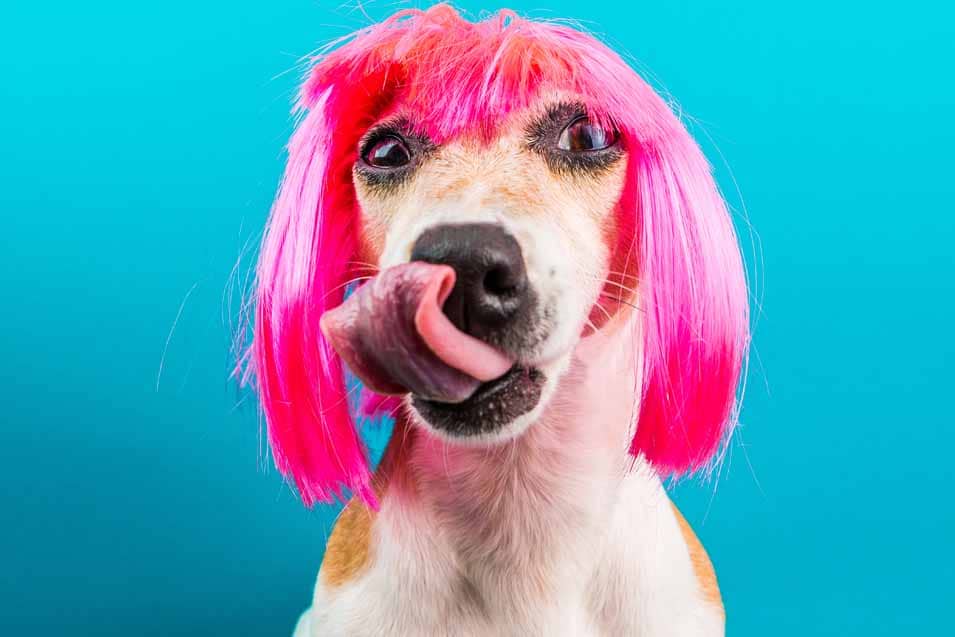 Dog Puns – as Cheesy as They May Be, They Make Us Laugh 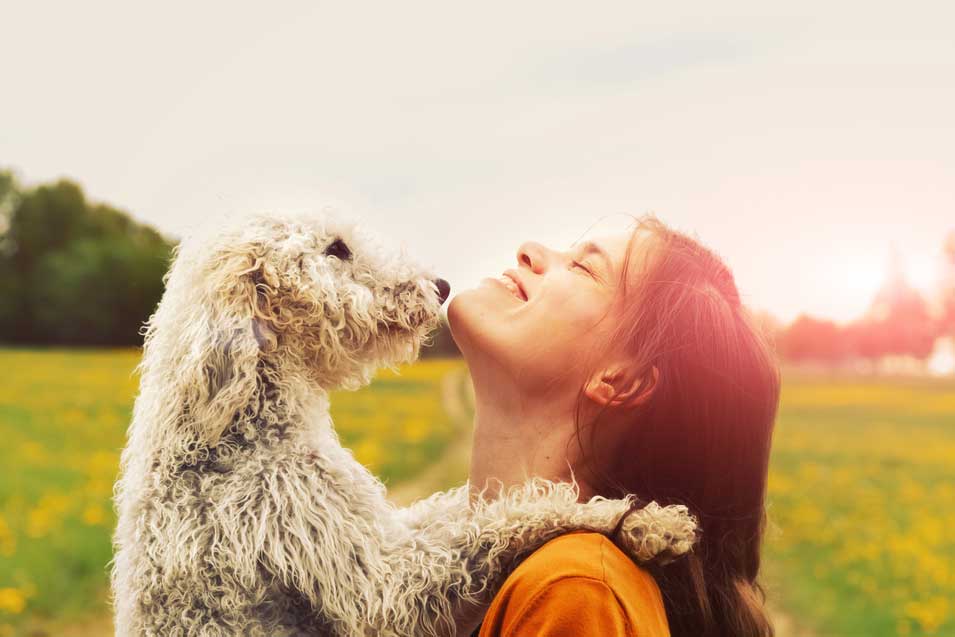 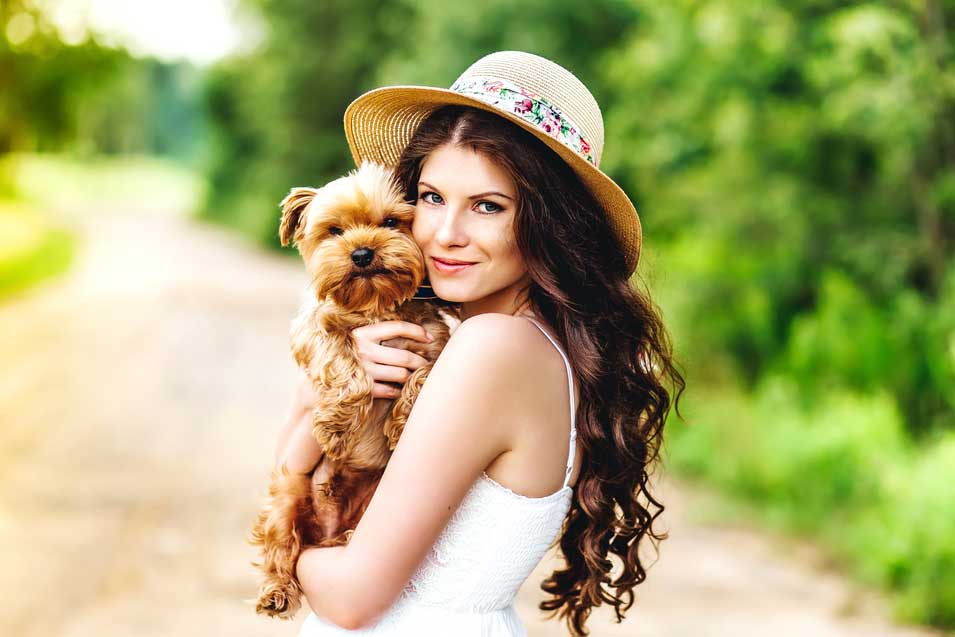