Do Cats Understand the Command “No”?

Families that own (or are owned by) cats often have a debate amongst themselves, centering around this question: Do cats understand the word “no”? Training a cat is not like training a dog, and with their aloof attitudes, it can sometimes be difficult to determine whether or not cats understand words like “no.” The short answer to this question is, yes, cats do understand when we tell them “no.” Whether or not they will respond to that command is another question altogether.

Some cat owners mistakenly believe that cats cannot be trained with verbal commands, like dogs. Cats can learn through verbal commands, but tend to learn more efficiently through seeing and hearing. If one cat sees another cat responding to your verbal commands, for example, the first cat is more likely to understand what that command means. So, you can use trained cats to help teach untrained cats!

Trained dogs can also help to teach untrained cats commands. If your dog knows basic commands, and you reward them with treats, do that in front of your cat. Some cats will mimic the dog’s behavior and respond to vocal commands similarly in order to get a treat themselves.

Does My Cat Understand “No”?

Cats don’t respond in the same way as dogs do to negative verbal commands, however. If you are giving your cat a verbal command to show that you are not pleased with the cat’s behavior, especially if that behavior is based upon a cat’s instincts (i.e., scratching furniture to sharpen their claws), they won’t understand why you are upset. When you tell a dog “no,” the dog will usually learn, understand, and remember that you are not pleased with their behavior. Cats, instead, will listen to the pitch of your voice and will only know to associate your louder voice with receiving an angry reaction from you – but will not understand why you are angry. Cats will usually not stop doing the behavior that you expressed anger at, but will instead run away when you say “no” and do that same behavior again when you are not around.

All is not lost, however. You can still use “no” to try to teach your cat and as a deterrent to bad behavior. If your cat is scratching the furniture, for example, tell the cat “no” loudly and firmly the first time you notice this behavior. Then, pick up your cat (if they haven’t run from you by now) and say “no” a few more times. Redirect the cat to another option for scratching, like a scratching post or cat tree. The important thing is to be consistent – every time you see the cat scratching the furniture, you must tell them “no.” Ignoring the cat’s bad behavior will fail to set boundaries and let your cat think that, when it comes to behavior, anything goes. Just make sure that when you say “no” you don’t sound aggressive or angry – this will just scare your cat and make them run away. Cats who are particularly anxious can also be triggered by angry human voices and start spraying urine or begin to excessively groom themselves.

Some cats will learn the word “no” more quickly than others. Try to reward your cat with a treat when you see them using the cat tree or scratching post instead of the furniture to sharpen their claws, thereby reinforcing good behavior.

Other Things to Combine With Saying “No”

Some cat owners swear by utilizing other negative reinforcement to teach cats what “no” means. One of these is using a spray bottle or water gun. These people say, if you tell your cat “no” when they are doing something wrong, and the cat doesn’t listen to you, immediately spray that cat with water. The cat will stop doing the behavior and run away. (There’s no guarantee, however, that the cat won’t resume the behavior when you are not around). Keep in mind that some cats are so smart that they will notice if a water bottle is not nearby and will repeat the bad behavior later if no water bottle is present.

Another suggestion from cat owners is to make a noise when your cat does a bad behavior, combined with the word “no.” Some owners will say “no,” look their cat in the eyes (this step is really important), and hiss at them, just like another cat would do. Many cats will jump back and stop doing the behavior immediately when they are hissed at. (Once again, there’s no guarantee that the cat won’t resume the behavior when you aren’t around).

Should I Take My Cat to a Behavioral Trainer?

If you have tried saying “no” to your cat to deter bad behavior, and followed some of the above suggestions, but nothing has worked, you might consider taking your cat to a cat obedience trainer. There are certified cat trainers that can be found through various organizations, including but not limited to:

Be aware, however, that using a cat behavior trainer can be pricey. If a trainer comes to your home to work with your cat, average fees are $245 for an hour-long session. Group classes are less costly (but often not as effective with training cats). 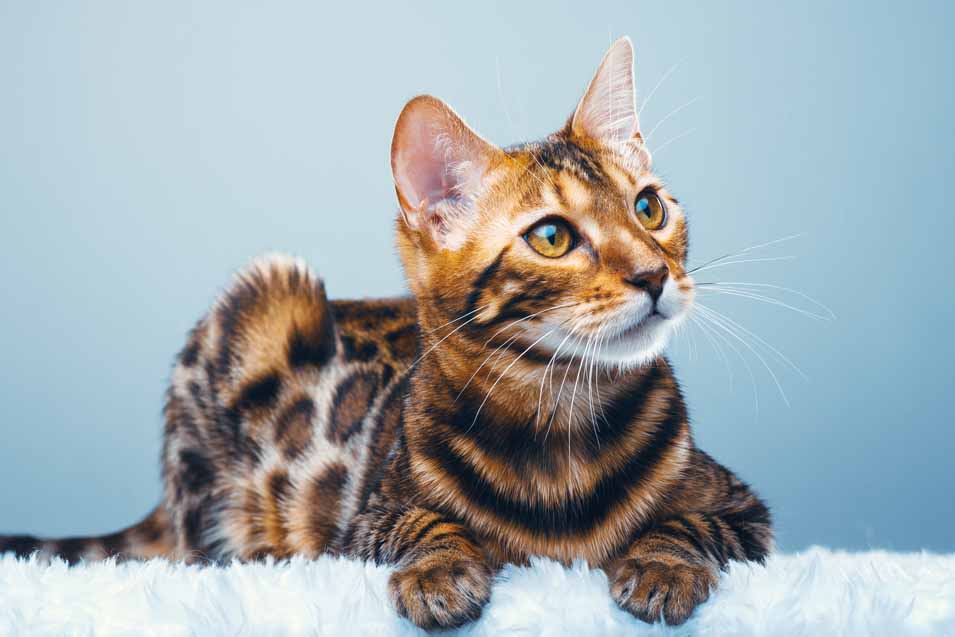 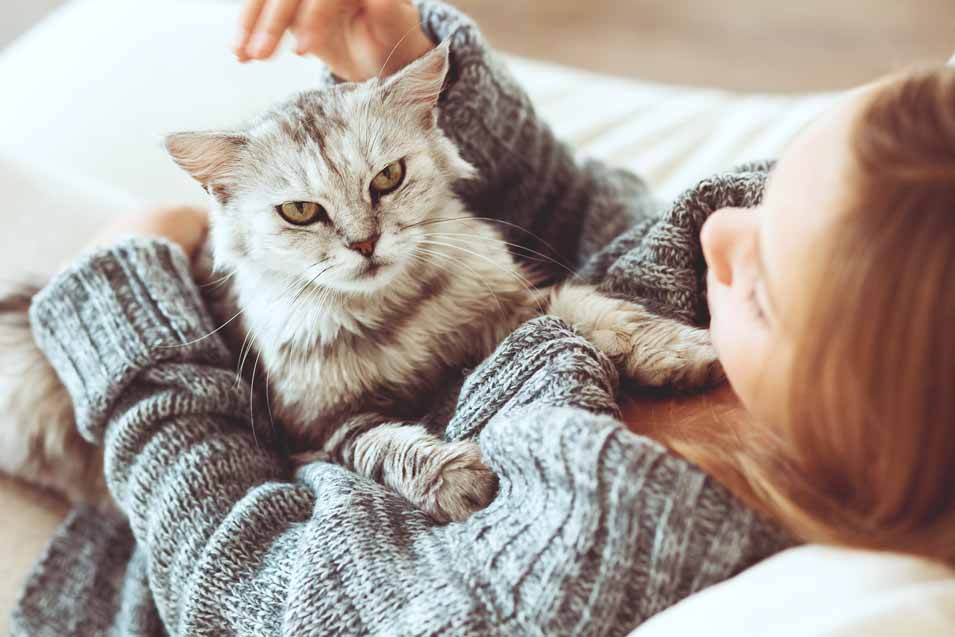 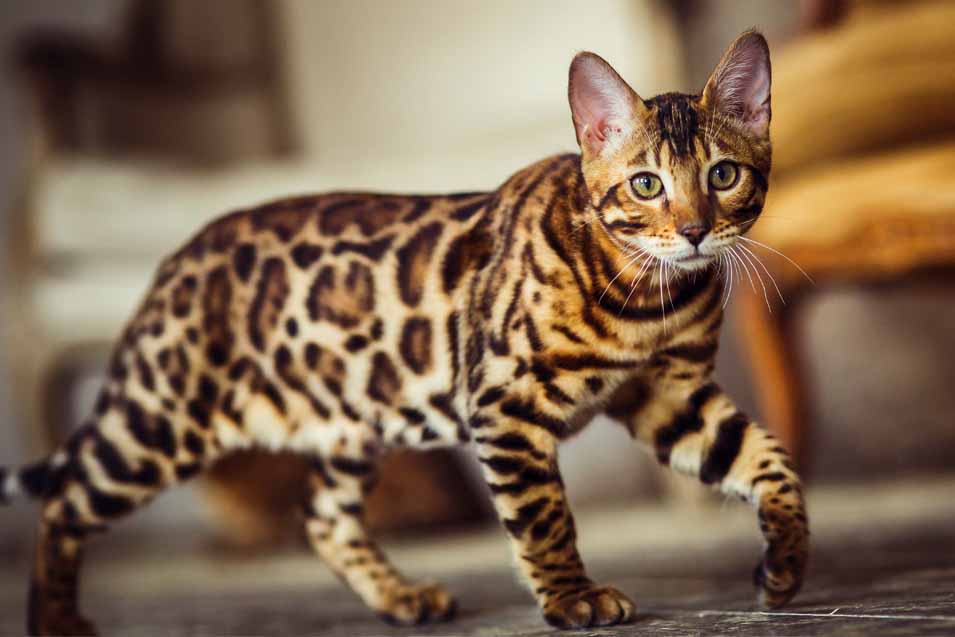 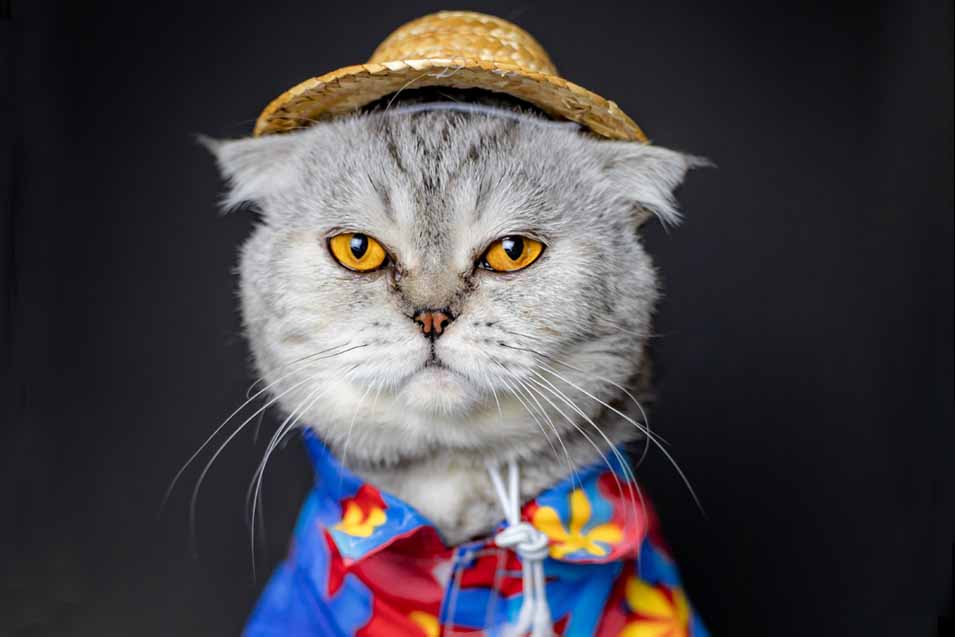