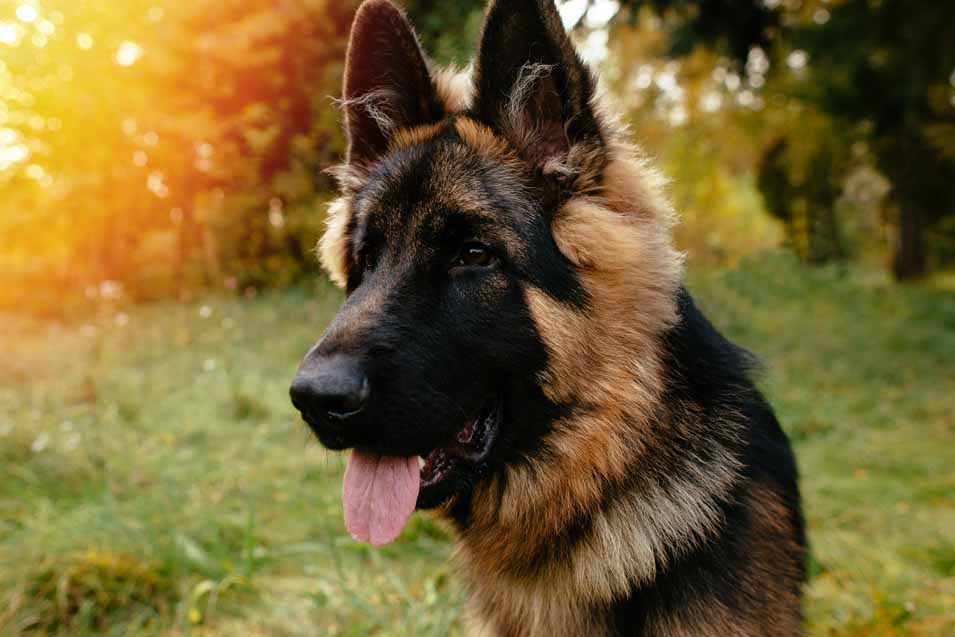 As one of the most intelligent and fun dogs in the world, the German Shepherd is an excellent family pet. If you are planning on bringing a German Shepherd dog into your home or you have already gotten a puppy, it might be a good idea for you to do a little reading on what the most common health problems of this breed can be.

That is precisely the topic of our article for today. While some of the health issues that this type of dog can suffer from can be prevented thanks to a good amount of exercise and a great diet, there are other genetically transmitted diseases that you can’t really do anything about. Since early diagnosis can make a great difference, knowing how to tell when something’s wrong with your canine friend is very important. Here’s what you should know.

Hip dysplasia is by far the number one health problem that affects German Shepherds. It’s extremely common in this breed, and that’s because they were bred incorrectly. Dogs that exhibit this issue shouldn’t be bred, but many breeders will just ignore the problem, and therefore, they will create a litter of dogs that are predisposed to hip dysplasia, as well as their parents.

Hip dysplasia is painful and difficult to mitigate. Even if a German Shepherd doesn’t come from a genetic line where his ancestors had this condition, he can still be predisposed to developing it if he’s fed too much, gets injured, or is involved in too hard exercise when he’s young.

Elbow dysplasia is a congenital condition, as well, and it’s also quite difficult to manage. Once a German Shepherd develops it, there’s not much that a pet parent or a breeder can do to improve it other than by making sure that the dog gets the right diet to keep the joints pain-free and well-lubricated.

Bloat is what happens when food, air, or fluid build up in a dog’s digestive tract, making it impossible for the animal to expel the gas. The stomach can twist around its own axis, making the matter even more complicated. If the stomach has twisted, both of its entrances (the esophagus and pylorus) shut down.

This is a life-threatening problem since if enough pressure builds, the stomach can even rupture. Other complications involve the buildup of toxins, a blocked blood supply, and compression to a major vein which carries blood back to the dog’s heart.

Signs of bloat in German Shepherds and other breeds include nervous pacing, a rounded and gas-filled stomach, difficult breathing, whining and uncontrolled salivation, rapid heartbeat, and the dog’s inability to sit down. If you suspect that your dog has developed bloat, take him to the vet as soon as possible since surgically, around 85% of the early diagnosed bloat cases can be resolved. However, time is of the essence in this case.

You can prevent bloat by not allowing your dog to eat rapidly. You should split up your pet’s food into two small meals rather than feeding him a large one. Avoid feeding your canine companion food that’s fit for human consumption as it can cause stomach gas. Don’t feed your dog right after he’s exercised, and prevent him from drinking copious amounts of water, even if he is very thirsty.

This is a growth condition of a German Shepherd’s long bones. It can be found in most large or giant breed dogs between 5 and 13-14 months of age. Panosteitis can cause partial or complete lameness in any of the dog’s legs for several days or several weeks until it seems to recover without any reason.

Most German Shepherds recover with minimal extra care and in a rather short amount of time, so long as they are diagnosed properly. Once they grow older, the issue usually disappears on its own… more

Systemic Lupus Erythematosus is an auto-immune disease known to affect German Shepherds more prevalently compared to other breeds. It has a variety of symptoms, one more confusing than the other. The dog might have a fluctuating fever, lameness in his legs, a stiff gait, or symmetrical dermatitis.

Other signs range from hemolytic anemia or leukopenia to inflammation in the dog’s various muscle groups. Lupus can affect the dog’s kidneys, causing glomerulonephritis, which can lead to kidney failure. The prognosis of lupus in all dogs is guarded, especially if they have already developed kidney disorders. Severe infections of the joints, kidneys, and septicemia can be developed, as well, and they are usually untreatable.

This disease is an inherited bleeding disorder that affects not just German Shepherds, but a variety of other breeds, as well, from Doberman Pinschers and Dachshunds to Golden Retrievers and Schnauzers. The symptoms of this medical condition can involve bleeding from the nose or mouth, from the dog’s intestinal tract, or the urinary or reproductive system.

To this date, there isn’t any drug effective for treating vWD cases. The dog can suffer from occasional bleeding episodes, in which case transfusion of canine blood products is recommended… more

This disorder can cause diarrhea and bloody stools in most German Shepherds. The condition is developed when the skin around the anus becomes cracked, and it drains. This leaves the dog with open wounds, making the animal vulnerable to infection. It also causes a foul odor, which is usually what pet parents will notice.

A perianal fistula can be extremely painful for the dog because there are many nerves running through the anus. There are some treatments available, however, since it is a common condition that affects many dogs. Feeding your canine friend a healthy diet (containing good fiber from pumpkin, for example) can prevent the occurrence or recurrence.

Osteoarthritis is a degenerative medical condition that affects the joints. Its symptoms include difficulty using the affected joint and local pain. While it is extremely common in many dogs, especially seniors, in German Shepherds, it typically affects the spine, which can significantly reduce the dog’s mobility. It can be correlated with hip dysplasia, but it can also manifest independently.

This is a medical condition that affects dogs of all sizes, shapes, and breeds. It is a degenerative disease that involves damage to the photoreceptors in the back of the eye. The first symptom that a pet parent might notice is the dog’s inability to see properly at nighttime. It then involves daytime blindness. Unfortunately, it is progressive, which means that it ends up causing complete blindness.

However, it can at least be detected in its early stages, making it possible for the dog owners to be more prepared for blindness.

German Shepherds are prone to cataracts in their eyes. Fortunately, this health issue can be solved thanks to surgery, but it has to be diagnosed in due time. The symptoms that pet parents can notice range from the dog’s inability to see as well as he once did, meaning that he might even run into some things that he was once capable of avoiding. Cataracts take the form of a slightly cloudy look of the pet’s eyes.

Epilepsy is a hereditary disorder that involves seizures. It can’t be cured, but it can be controlled thanks to medication. A German Shepherd with epilepsy can live a somewhat normal life, but he should never be placed in any stressful situations. German Shepherds that have epilepsy shouldn’t be bread as it is genetically transmitted to their litter.

Like many of the other health issues that we have showcased in our article, hemophilia is another genetic disorder. German Shepherds can be the descendants of a long line of inbreeding where their ancestors also had hemophilia. In this case, the dog’s blood doesn’t have the ability to create blood clots, which means that an ordinary cut can become a serious issue and can lead to severe bleeding.

Hemophilia is significantly more common in this breed than in others. There is no cure for the condition, but many dogs can live long and happy lives if they are cared for properly. A German Shepherd that has hemophilia needs to be regularly checked for lumps and bumps as they might be blood pockets that form under the dog’s skin.

German Shepherds are larger than other breeds, which means that they also have the tendency to eat more than they should. That’s how they can end up suffering from diabetes mellitus. Some of the clinical signs of this disease are excessive urination, excessive water consumption, dry mouth, fatigue, as well as swelling in the dog’s feet.

With the right diet and the right amount of exercise, diabetes can at least be controlled. The vet can prescribe a daily injection of insulin in some cases, but you’ll be happy to know that the condition can be reversed if the dog receives the right care.

This is a genetic medical condition where one or both of the dog’s testicles do not descend into their proper location in the scrotum. In most cases, it is hereditary, and the dogs that have this condition shouldn’t be used for breeding. However, there are some things that you can do about it, meaning that there can be surgery performed.

Most dogs whose both testicles haven’t descended aren’t fertile. The reason for this is that sperm cells need a specific temperature to become viable. The body temperature is too high for them to mature properly.

Indiscriminate breeding practices have led to the development of hereditary diseases in German Shepherds, and we’ve highlighted some of the most important ones. There are other medical conditions that can affect this breed, from dwarfism and chronic eczema to keratitis and flea allergies.

Since German Shepherds are extremely loyal and intelligent, they are also among the most popular dog breeds out there. If you are or want to become a German Shepherd’s pet parent, keeping an eye on his or her health status at all times is the best way of making sure that any health issue is prevented and/or dealt with as swiftly and effectively as possible. 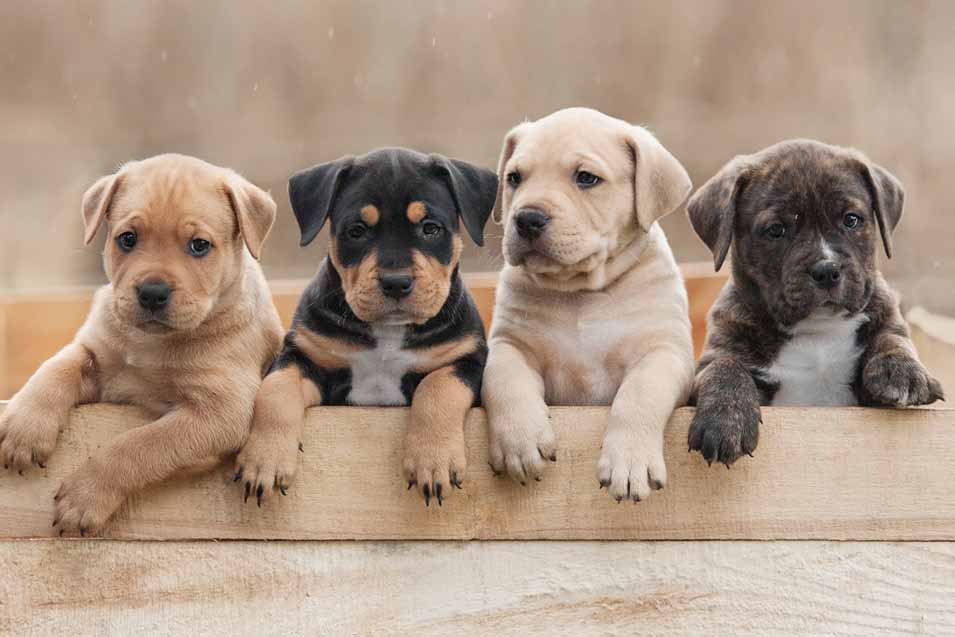 The Real Cost of Owning a Dog 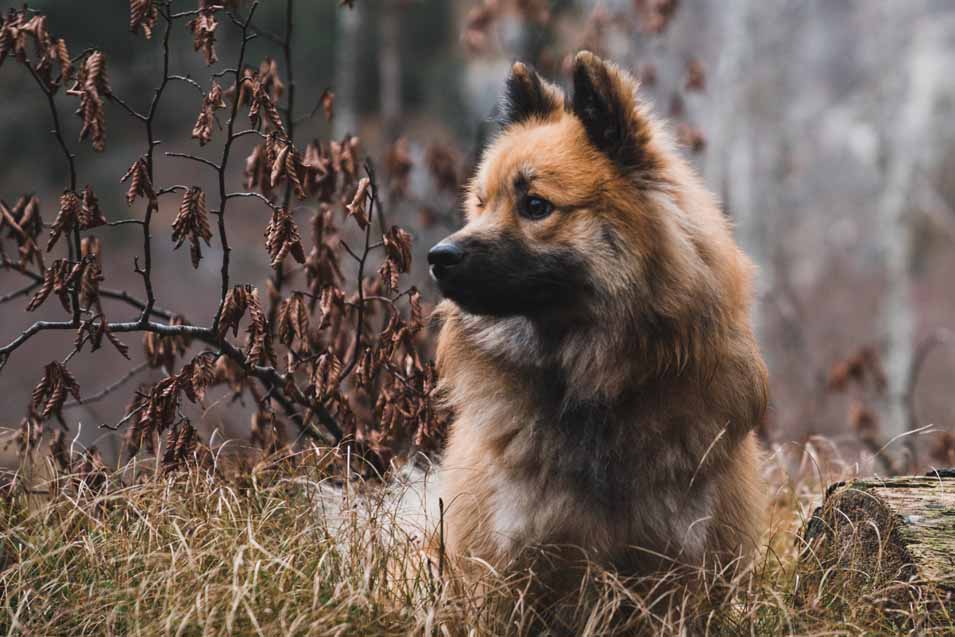 What is a Male Dog Called 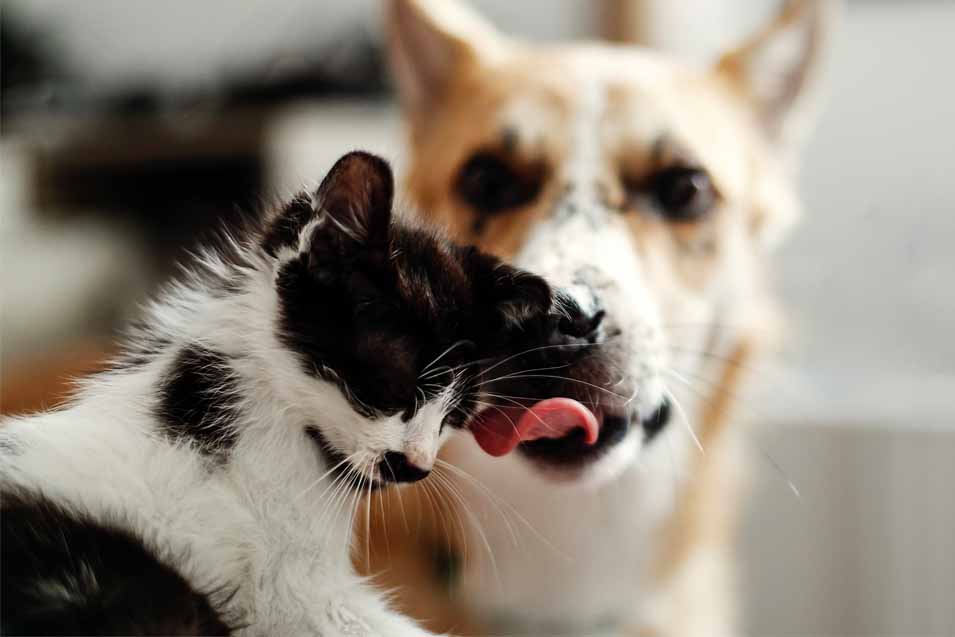 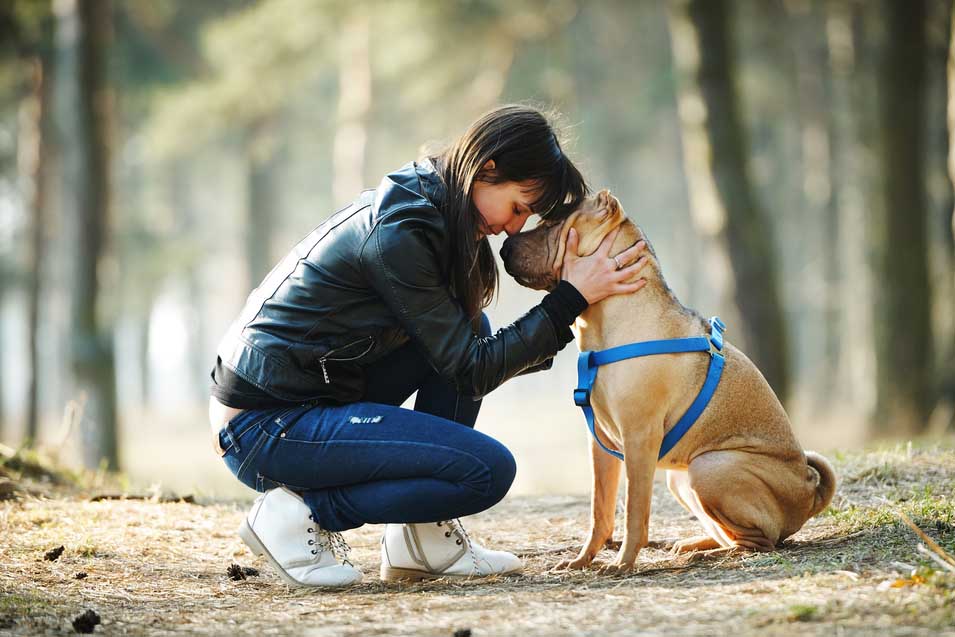