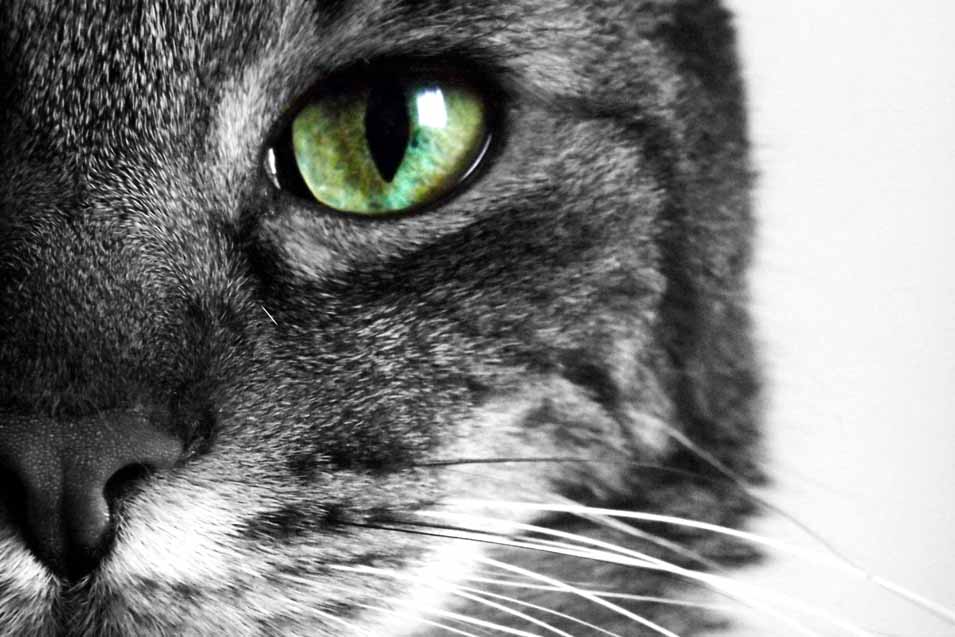 What color are your cat’s eyes? You might not immediately be able to answer this question without sneaking a look at them, right? Cat eye colors can be changeable depending on the light. The eyes of a cat are quite beautiful and entrancing, unlike the eyes of any other mammals on the planet. Cats also have the benefit of being able to see well in low light conditions, as well as having better vision for objects moving quickly. Here we will discuss the intricacies of cat eye colors.

In a way, you could say that a cat’s eye color is dependent upon its breed. The eye color of a cat is determined by its genes, which are different from one breed to the next. The amount of melanin and melanocytes in a cat’s eyes in determines the pigment of its irises (melanin also determines a cat’s fur and skin color). For example, bobcats, lynxes and cats from warmer climates typically have hazel eyes. The eye colors of domestic cats are quite variable. The more melanin and active melanocytes in a cat, the darker its eyes will be.

While some cats with a certain color of fur usually have a certain color of eyes to go with it, this is not a strict rule. The fact that white cats often have blue eyes and black cats possess orange or yellow eyes isn’t necessarily true among all cats.

Certain breeds usually have specific colors of eyes. For example, Russian blue cats have green eyes, Siamese cats have blue eyes, and black tipped chinchillas have turquoise eyes. If a cat is a purebred, its eyes are usually colored more intensely than mixed breed cats’ eyes.

Are Kittens Born with Blue Eyes?

What Are the Possible Colors for Cat Eyes?

Cats’ eyes can be a variety of colors, including yellow, hazel, blue, amber, red, copper, gold and green. Cats will never have brown or black eyes- copper is the darkest a cat’s eyes can be. We will examine the most popular colors for cat eyes below. 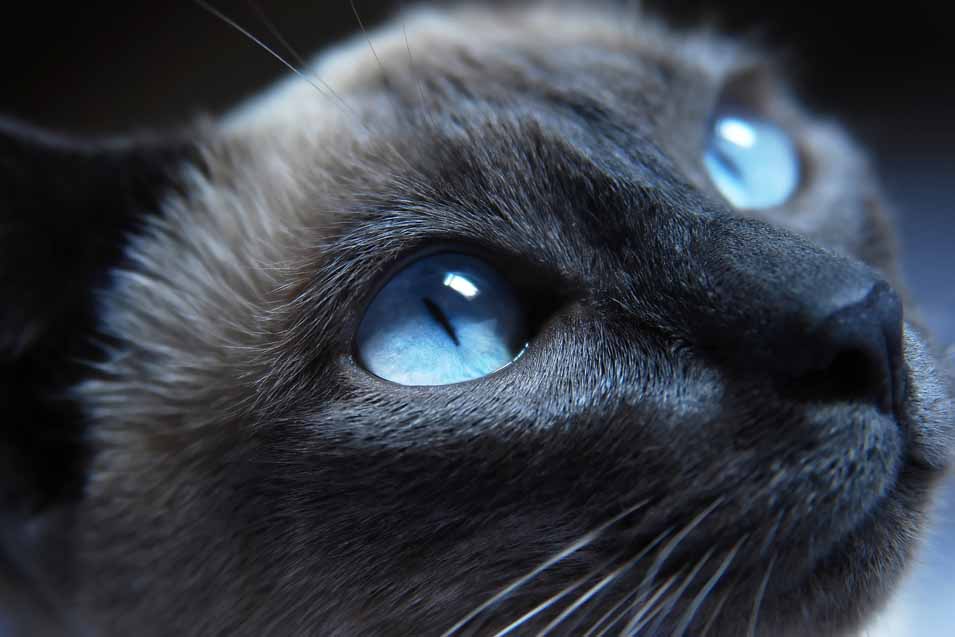 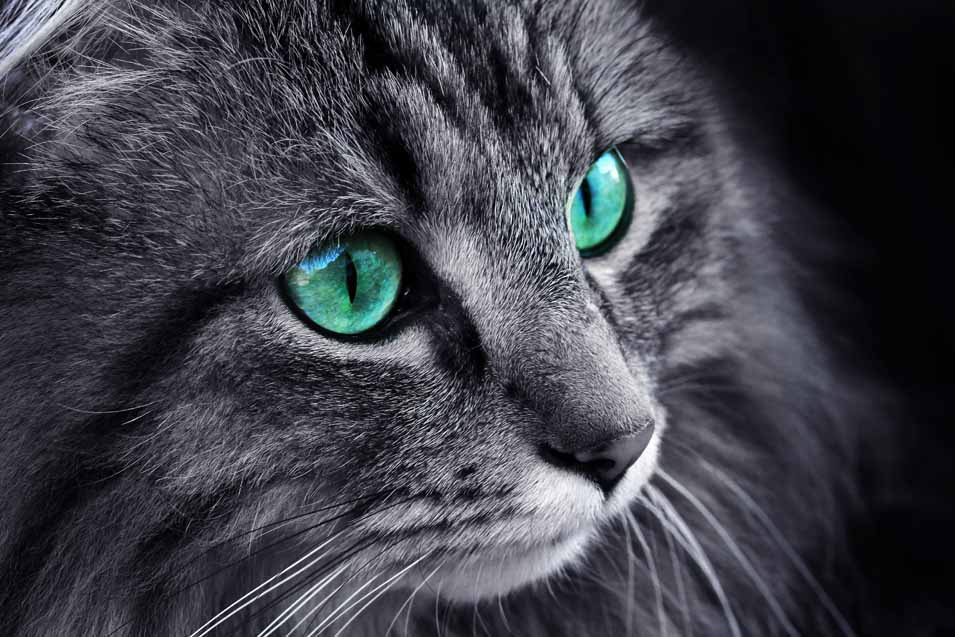 Green-eyed cats are often associated with having mystical powers. Cats with this color of eyes also have little melanin in their irises. Some breeds that exhibit green eyes most often include Russian Blue, Tonkinese, Egyptian mau, jaguars and Chinchilla Persian. 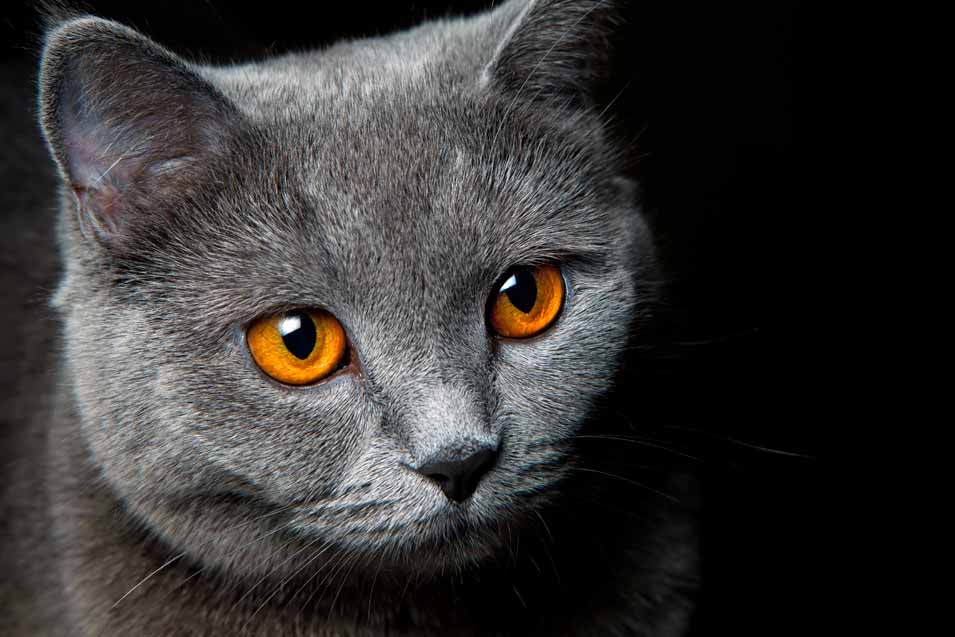 When people see a cat with yellow or orange eyes, they often think of the supernatural. Black cats are more likely to have yellow or orange eyes than cats with other colors of fur. Tigers and lions often have orange or yellow eyes. This color might also be described as amber or copper. 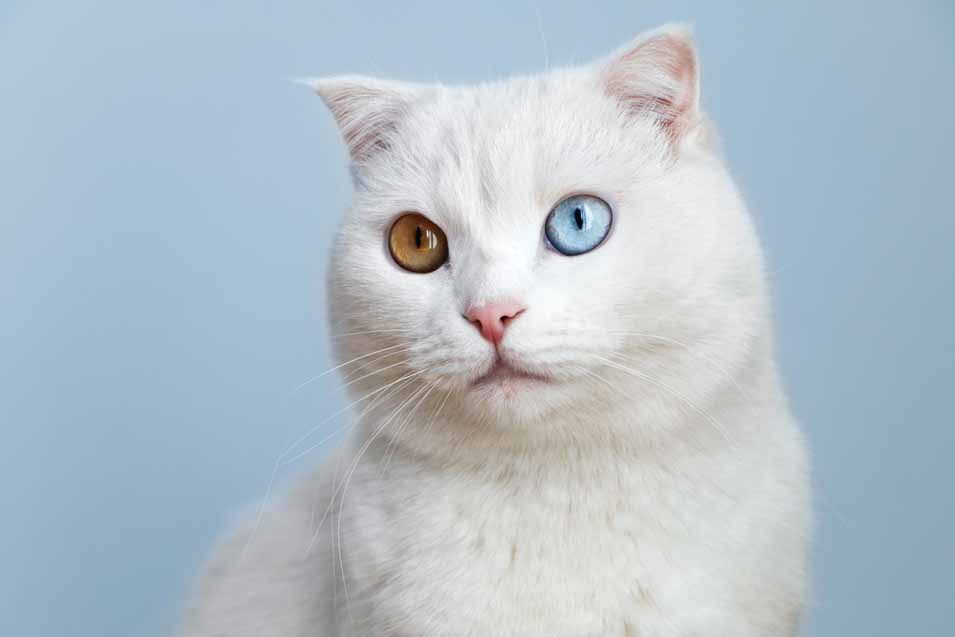 Does your cat have heterochromia iridium? This is a genetic mutation that manifests as two different colored eyes in cats. It might occur naturally (genetically) or can be brought on by medication, illness or injury. Cats with two different color eyes are often called “odd eyed.” This manifestation is often seen in white cats, with one eye blue and the other green, copper, hazel, yellow or orange. 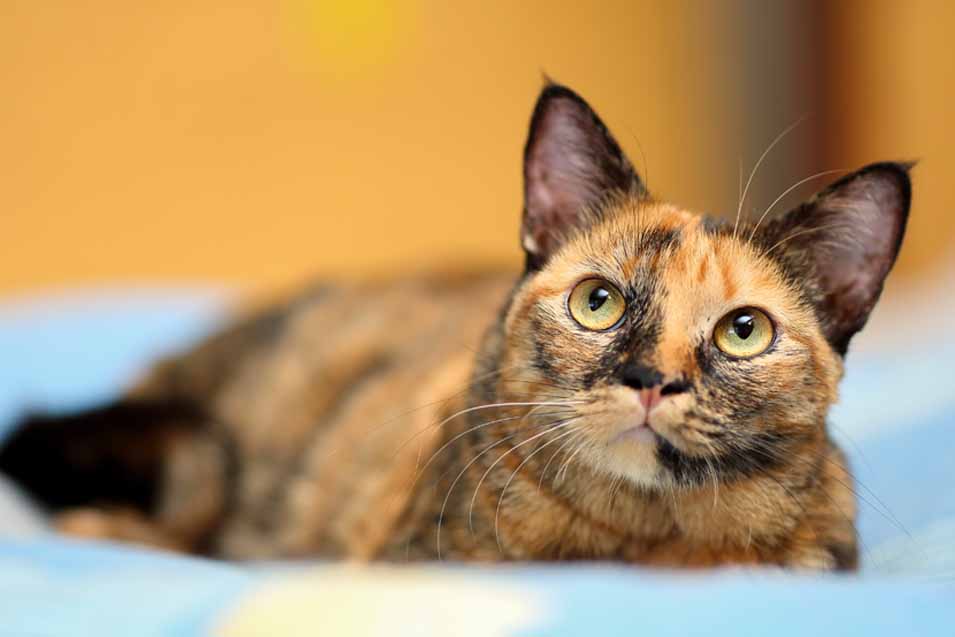 What are Albino Cats? 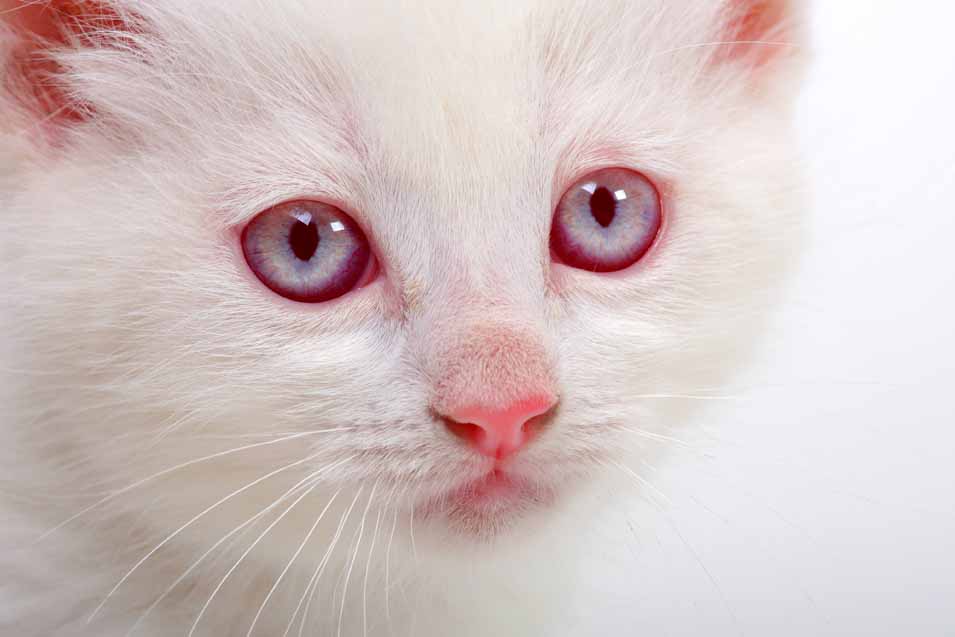 Are Certain Eye Colors Linked to Health Problems in Cats?

As mentioned above, white cats with blue eyes tend to be prone to deafness. Albino cats will have light-sensitive eyes and will easily sunburn.

A cat that is over three months old and has a sudden change in eye color could have a health problem. If a cat that was born with a different color of eyes suddenly has eyes that have turned orange, this can indicate uveitis, inflammation in the eye that can be caused by a variety of diseases. If your cat’s eyes have turned a darker color than they usually are, this could indicate a buildup of red blood cells. If your cat’s eyes have suddenly turned a copper reddish-brown color, this could indicate liver problems. Take the cat to the vet if any of these eye color changes occur. 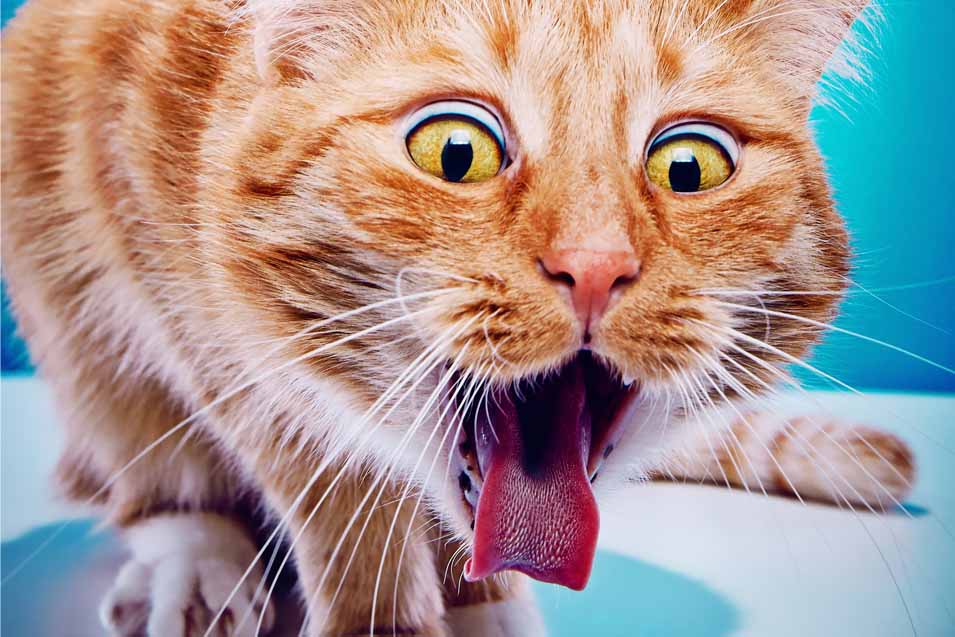 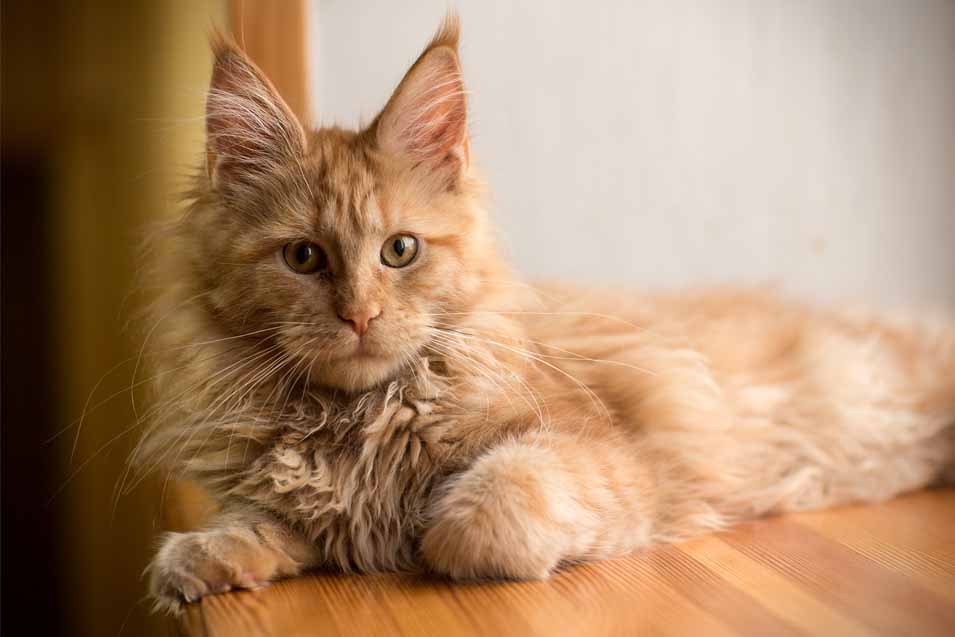 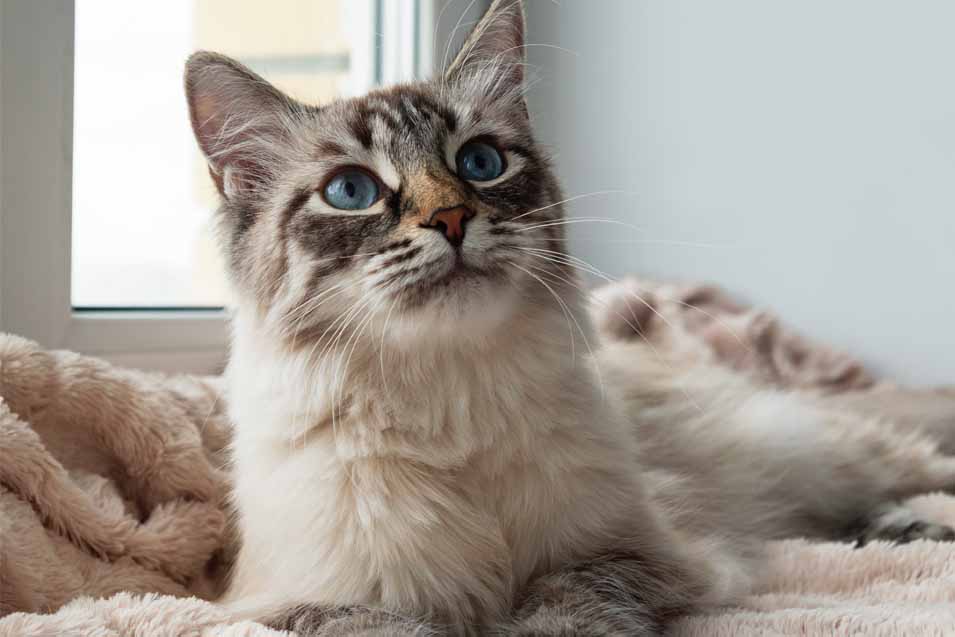 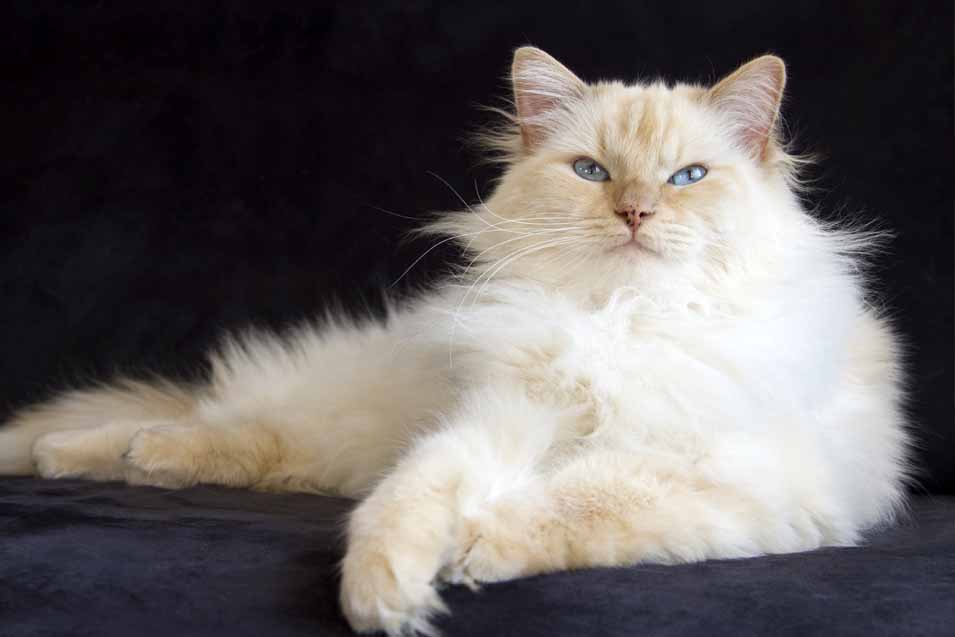