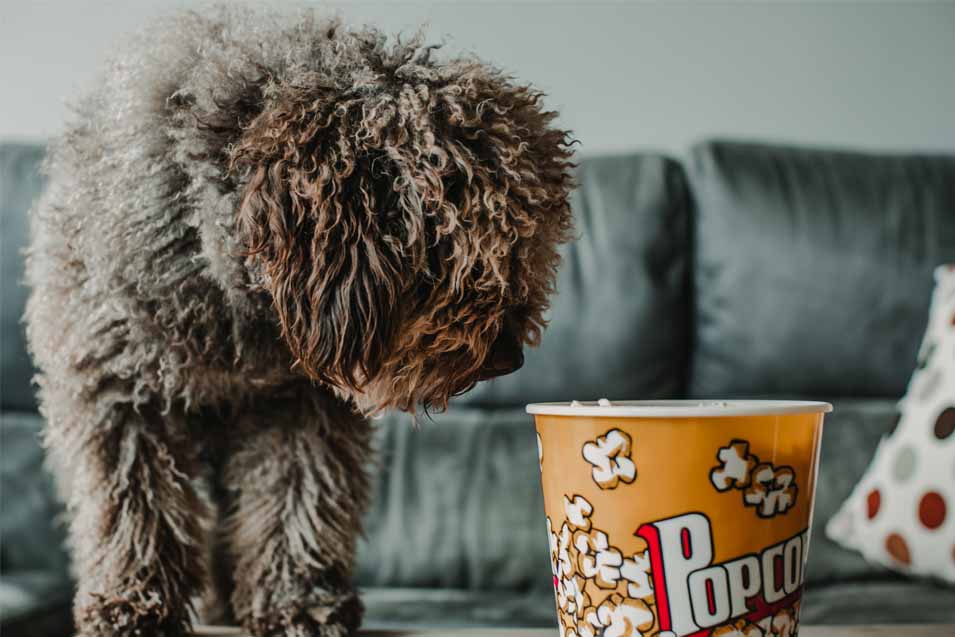 Popcorn is a universally beloved snack. Popcorn and movies go together just like “peas and carrots.” But popcorn’s appeal transcends the human realm. Our dogs love it too. Whether it’s the salt, the butter, or a combination of the two; when the popcorn bowl comes out, Fido assumes “his” position and adopts his most serious “I’m starving” pose. Who can resist it?

Since we only want to feed the most healthful foods to our dogs, many dog owners wonder if popcorn is a safe treat to give to their favorite furry friends. Many foods that comprise the traditional human diet are safe for dogs to eat while others are toxic. Where does popcorn fall on the spectrum?

Is It Okay to Feed a Little Bit of Popcorn to Your Dog?

Popcorn is essentially a seed derived from the corn plant. In its raw form, it is most commonly referred to as a “kernel.” When the popcorn kernel is placed under heat, it expands to reveal the cauliflower-like shape we have come to know and love. It is interesting to note that a single popcorn kernel increases by 20 to 50 times its size when placed under the correct conditions.

Where Did Popcorn Come From?

Corn traces its origin to Mexico approximately 10,000 years ago. Researchers now believe the early residents of Mexico can be credited with discovering this much-loved treat. Archaeologists have uncovered evidence of popcorn dating as far back as 3600 BC.

Early American settlers discovered that heating corn kernels in a covered container over a fire or stove is an effective means of “popping” corn. It is from this “invention” that popcorn takes its name.

Today, popcorn takes pride of place in many households, movie theaters, and sporting events. Served most commonly with butter and salt, popcorn is equally amenable for treatment as a sweet treat such as caramel corn or kettle corn.

Unseasoned popcorn is a healthy snack for both dogs and humans to enjoy. Popcorn is a high source of dietary fiber, ensuring that Fido’s digestive system continues to operate smoothly. It also delivers a powerhouse punch of antioxidants to strengthen the immune system.

In its natural form, popcorn is fat free and also contains no sweeteners or sodium, making it a great addition to any diet due its low calorie content. However, without the addition of a “flavoring agent,” popcorn is rather bland in taste.

There are a few health problems associated with popcorn. It is not a recommended snack for young children as ingested too quickly and not properly chewed, it can be a choking hazard.

Microwave popcorn is also of concern. Since packages of this type of popcorn must be prepared with chemicals suitable for flavoring as well as long term storage, it was necessary for food chemists to design a substance up to the task of both jobs. The result was a chemical called diacetyl. Unfortunately, recent reports confirm that the addition of diacetyl to microwave popcorn packets led to an increase in respiratory distress in workers in popcorn packaging plants, creating a condition known as “popcorn lung.”

Should you feed your dog popcorn?

Popcorn contains many vitamins and minerals essential to a healthy canine body. Among its greatest contributions are:

The biggest risk you will encounter in feeding your dog popcorn is the possibility of him becoming overweight. If you choose plain popcorn prepared without the addition of any oils, it is an excellent snack choice for your dog. However, most dogs aren’t interested in “au naturel” popcorn. Like their human counterparts, they like their popcorn loaded with salt and butter!

Overall, allowing your dog to enjoy a few pieces of buttered, salted popcorn isn’t going to harm him. Reserve it as a special treat and to enhance his enjoyment, turn popcorn time into a little game by teaching him to catch pieces in mid-air. As the Doublemint commercials say, “Double your pleasure, double your fun!”

Butter, of course, is a very rich food and can lead to pancreatitis if consumed in excess. Additional salt is also a diuretic which places added strain on kidney function. For best results, choose air-popped, unseasoned popcorn, but it is perfectly acceptable to allow Fido a few pieces of the “good stuff” on occasion as a very special reward.

A Match Made in Heaven

Since time immemorial, popcorn and movies have been hand in hand. Who can resist such a winning combination?

It’s hard to imagine anything better than a big bowl of buttery popcorn, a pop almost as big as your head, and your best canine pal curled up beside you. But to gild the lily just a little, we can take it one step further…wouldn’t your enjoyment be that much better if you were watching a movie featuring some canine movie stars?

Looking for a Recommendation of a Great Movie for You and Fido to Watch Together?

The search is over. We present to you our list of top ten films with some of Hollywood’s finest canine actors.

Who doesn’t love a St. Bernard? Beethoven is a gorgeous St. Bernard puppy who comes to join the Newton family, ensuring life is never the same again.

A Disney classic, 101 Dalmatians features a love story between two characters drawn together by their love of Dalmatians. Featuring the much-hated villain Cruella De Vil, this film is a must see for all dog lovers.

Fancying a good sob story? A Dog’s Purpose will deliver!  An adaptation of W. Bruce Cameron’s beloved book of the same name, A Dog’s Purpose is a tale of one dog and his effect on the lives of the people he touches.

A family favorite featuring a scruffy little dog who saves the day.

Break out the Kleenex for Old Yeller! A classic film, Old Yeller tells the tale of a deeply loved family dog and his tragic end.

When an unlikely alliance is formed between an orphaned fox and a neighboring hound, adventures are soon to follow. As the fox grows up and learns of the more traditional role of the fox in a fox and hound relationship, the two must overcome great obstacles to remain friends.

Unfortunate circumstances threaten to lead to the ruin of a family. In an attempt to salvage what remains, the eldest son determines to prepare for a dogsled race to earn the money needed to save the family from financial disaster.

An animated film featuring the voices of Burt Reynolds and Vic Tayback, All Dogs Go to Heaven tells the story of a reincarnated dog returned to earth to avenge his wrongful death.

Representative of Disney at its finest, Lady and the Tramp is a film that is not to be missed. Turn back time and watch a love story that will melt your heart. Kleenex is optional…but probably necessary.

Thinking a movie just might be in order? Pop some popcorn, go easy on the butter, curl up on the couch with Fido, and choose from one of our top ten for a night to remember! 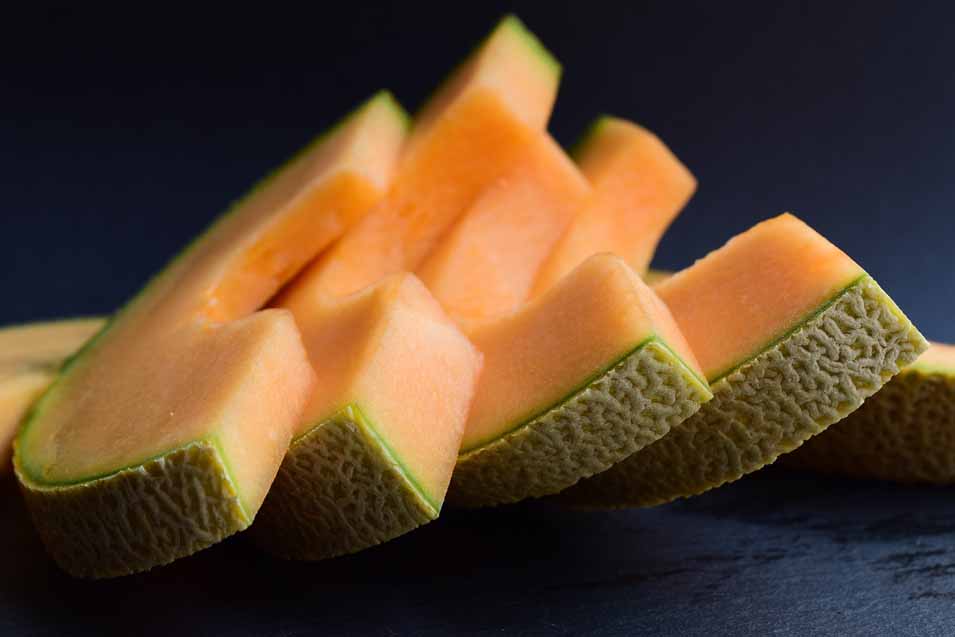 Can Dogs Have Cantaloupe 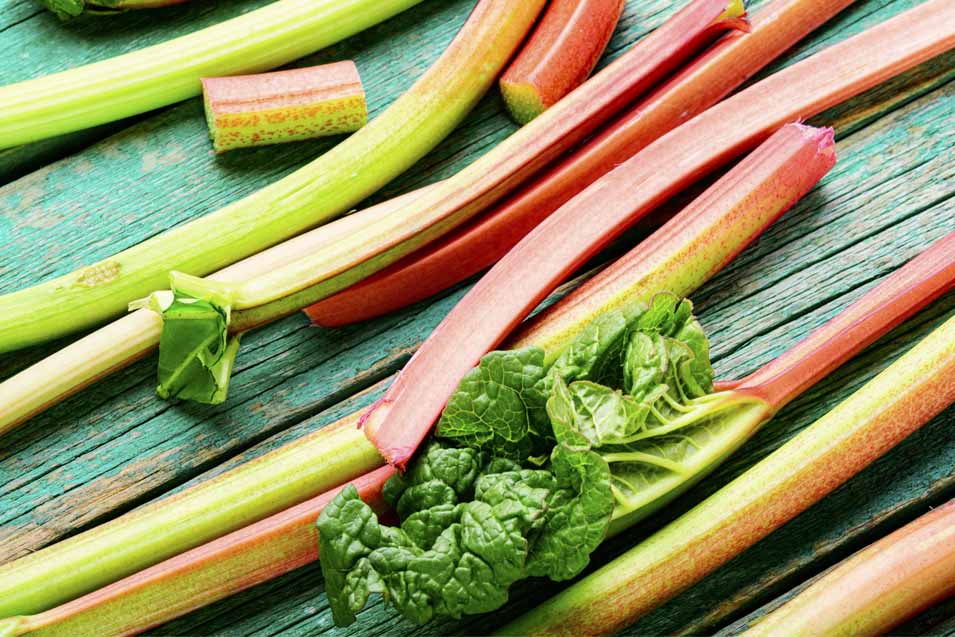 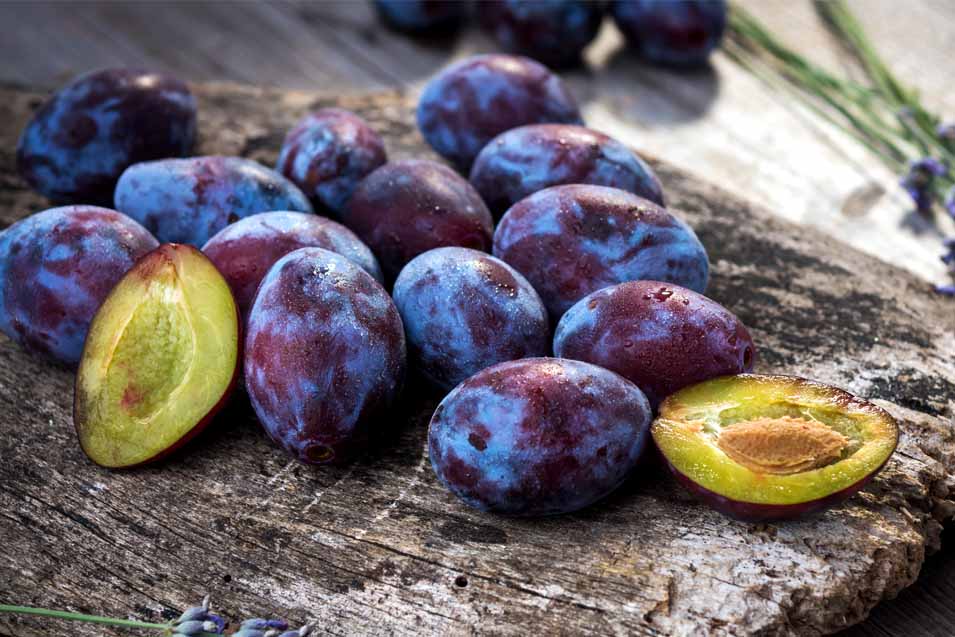 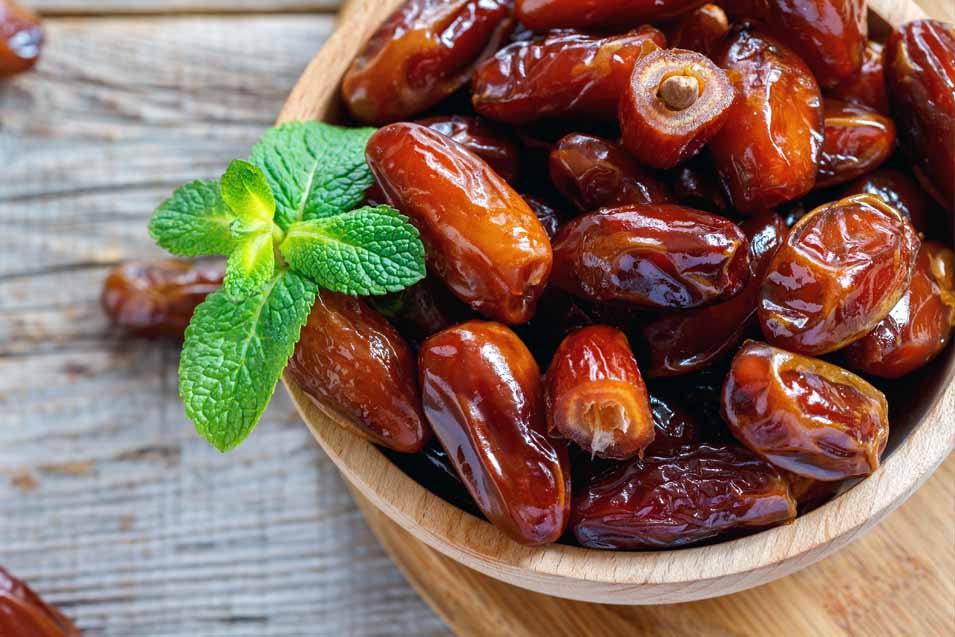