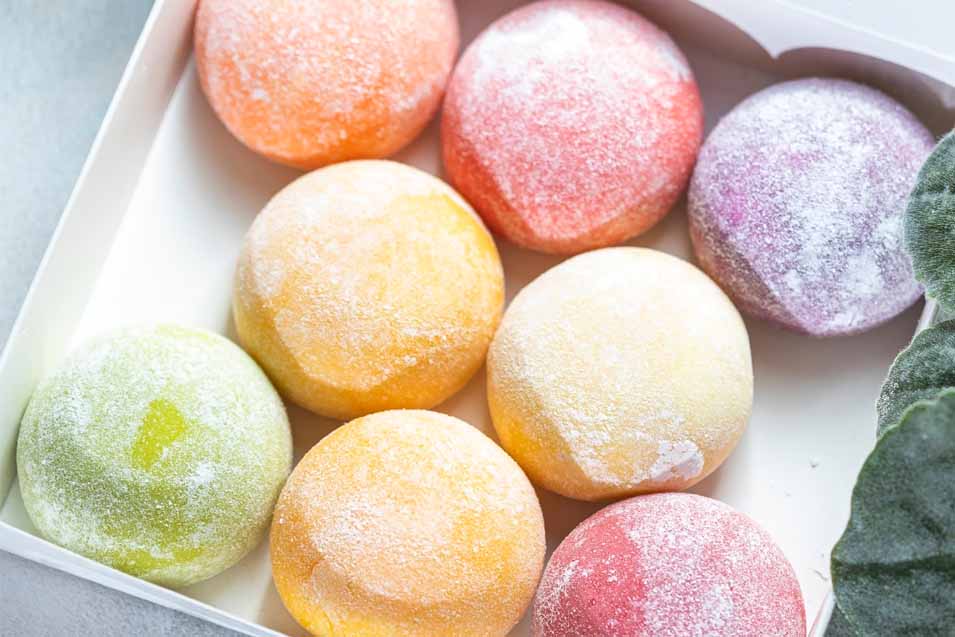 Have you wondered if dogs can eat mochi? If you’re not familiar with mochi, it’s a Japanese rice cake made mochigome, a short-grain japanica glutinous rice. It also features other ingredients such as sugar and cornstarch. Mochi is a popular treat year-round but it’s a traditional food during the Japanese new year. So, can dogs eat mochi? Let’s find out.

Mochi is a very old food in Japan that dates back more than a couple of thousand years. Traditionally, the glutinous rice is soaked overnight and steamed. Then it is mashed and pounded with wooden mallets in a traditional mortar. This takes two people. Then the sticky mass is cut or formed into shapes.

Today, mochi can be made at home using sweet flour of sweet rice on top of the stove or in the microwave. People can also buy mochi off the shelf or frozen in stores and online.

Plain mochi is made with the rice flour mentioned along with water, sugar, and cornstarch. Other ingredients and flavors can be added to make different kinds of mochi.

If you want to buy mochi, it is available as small cookies, ice cream, frozen yogurt, and in other forms. It even comes as pancake and doughnut mixes. Traditionally, ice cream is sometimes placed in the middle of small mochi cakes.

One plain mochi rice cake has 73 calories per one ounce serving. It is made up of 83 percent carbohydrates, 12 percent fat, and 5 percent protein.

It has 16 grams of carbohydrates, 1 gram of fat, and 1 gram of protein.

Mochi is not particularly high in any vitamins or minerals. However, a one-ounce serving does contain 23 mg of sodium. Mochi is cholesterol-free.

The protein content of the japonica rice used to make mochi is higher than regular short grain rice.

The glutinous white rice used in mochi isn’t as nutritous as brown rice or wild rice but it does have some health benefits. The starch in white rice is a complex carbohydrate. Your body digests it more slowly than simple sugars. For that reason, it can help keep blood sugar levels steady. However, glutinous rice does have a glycemic index value of 86. This means that it is digested fairly quickly and can lead to energy fluctuations.

There does seem to be a downside to eating too much mochi. According to one research paper, the incidence of small bowel obstruction due to mochi has increased in Japan in recent years. The starch in mochi is generally good for digestion but it can lead to an obstruction in large amounts.

Can You Give Your Dog Mochi to Eat?

In general, the answer is no. If your dog happens to eat one plain mochi cake it’s not going to harm him. However, overall, mochi doesn’t really contain any nutrients that your dog needs. It also contains sugar which isn’t good for dogs.

While the rice flour used to make mochi does not contain glutens, it is a high glycemic food so it, along  with the sugar content of the mochi, can lead to energy spikes for your dog.

Keep in mind that mochi is used to make all kinds of foods like ice cream, frozen yogurt, and other (mostly sweet) treats and snacks. These sweet foods are not recommended for your dog either.

Again, if your dog should eat a small amount of mochi in some form, it’s unlikely to harm him. However, mochi isn’t recommended for dogs.

If your dog is diabetic, it’s best to completely avoid mochi because of the sugar and high glycemic index figure for the rice flour.

How Much Mochi Can You Give Your Dog?

We don’t recommend that you give your dog mochi. If your dog is begging you, one one-ounce serving of plain mochi shouldn’t harm your dog.

Remember that if you are eating mochi in ice cream, frozen yogurt, or doughnut mix, etc., there will almost certainly be added sugars. Some kinds of mochi have chocolate and other added ingredients that are harmful to dogs. Make sure you read the labels and know the ingredients used.

Eating a lot of mochi could even lead to a stomach obstruction for your dog.

You can share a small bite if you feel you must but it’s not recommended.

How Often Can You Give Your Dog Mochi?

We don’t recommend that you give your dog mochi because of the sugar and the high glycemic index value of the white rice. However, it shouldn’t harm your dog if he eats a small amount occasionally.

You could give your dog a one-ounce serving of mochi once per week, for example. The sugar and white rice flour in mochi will affect your dog’s blood sugar levels so don’t give him very much very often. Mochi should not be a regular treat for your dog.

Mochi is a popular rice cake in Japan that has become popular elsewhere. With added ingredients, it’s used as ice cream, frozen yogurt, pancakes, doughnuts, and other foods. Unfortunately, the sugar content and the high glycemic value of the rice flour mean that it’s not a healthy food for dogs. A small amount of plain mochi probably won’t harm your dog but this food isn’t recommended for dogs. If you have mochi with ingredients such as chocolate, make sure that you do not share it with your dog. 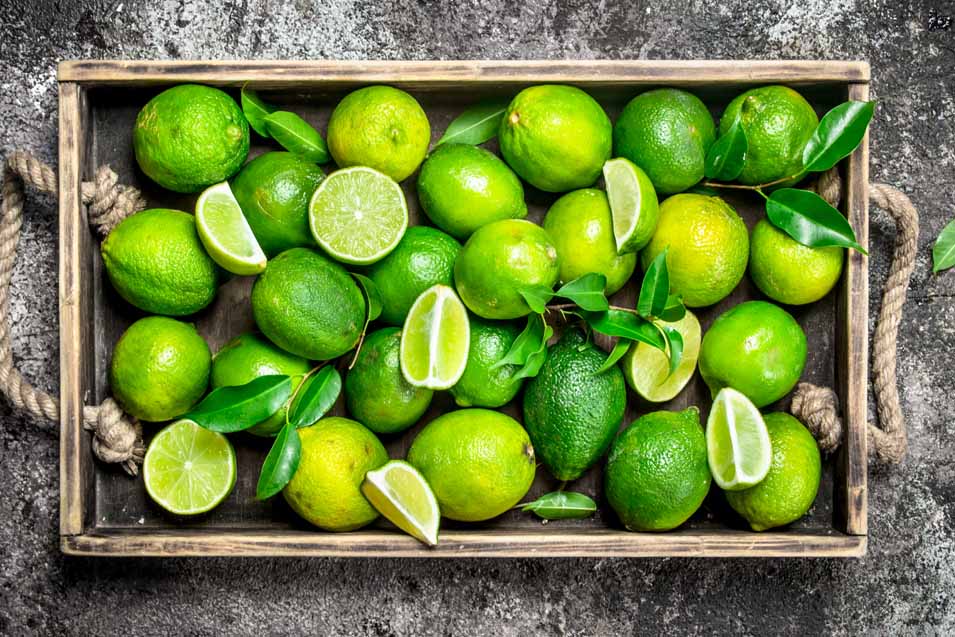 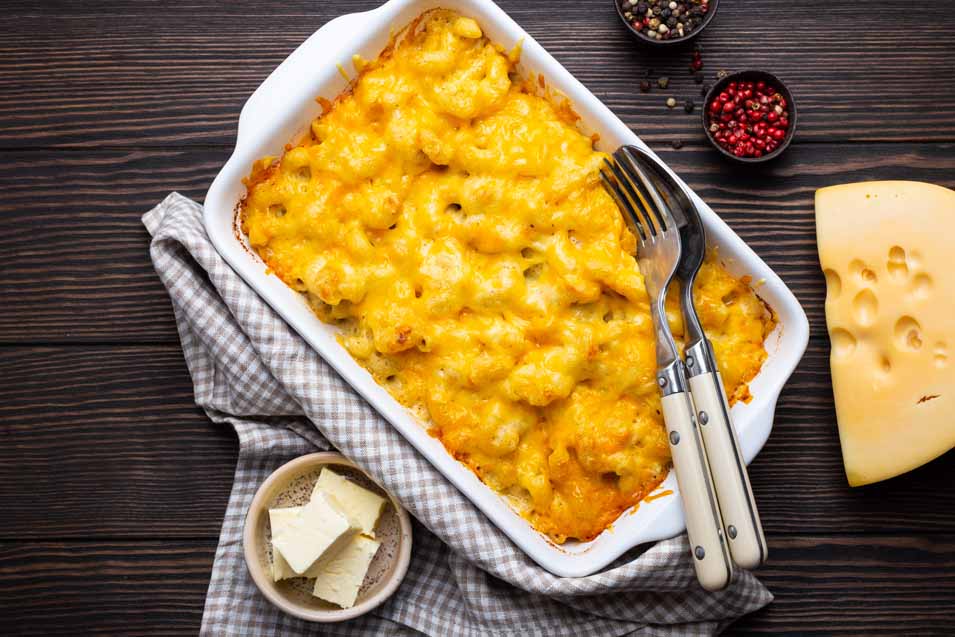 Can Dogs Eat Mac and Cheese 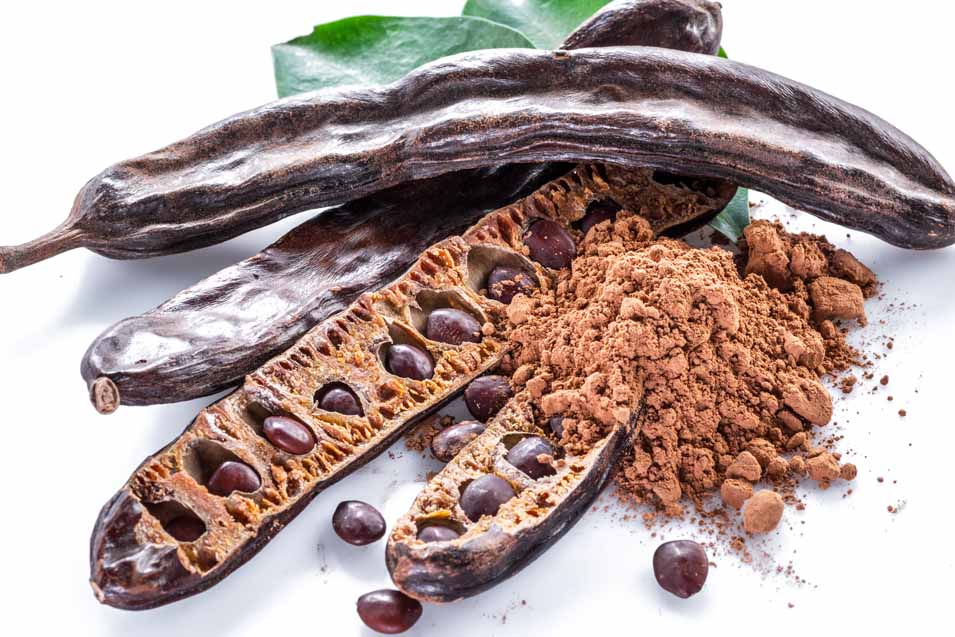 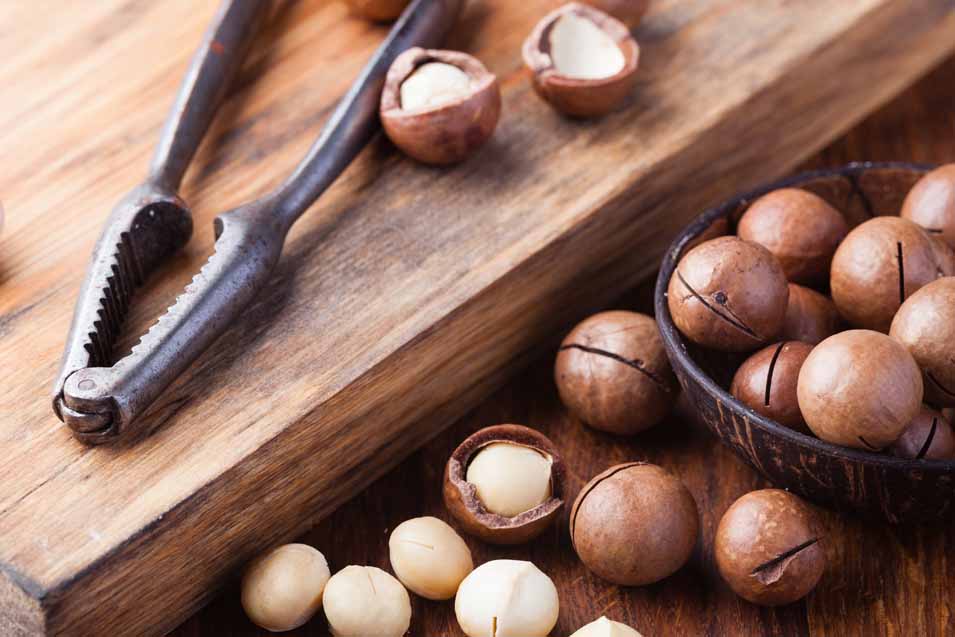