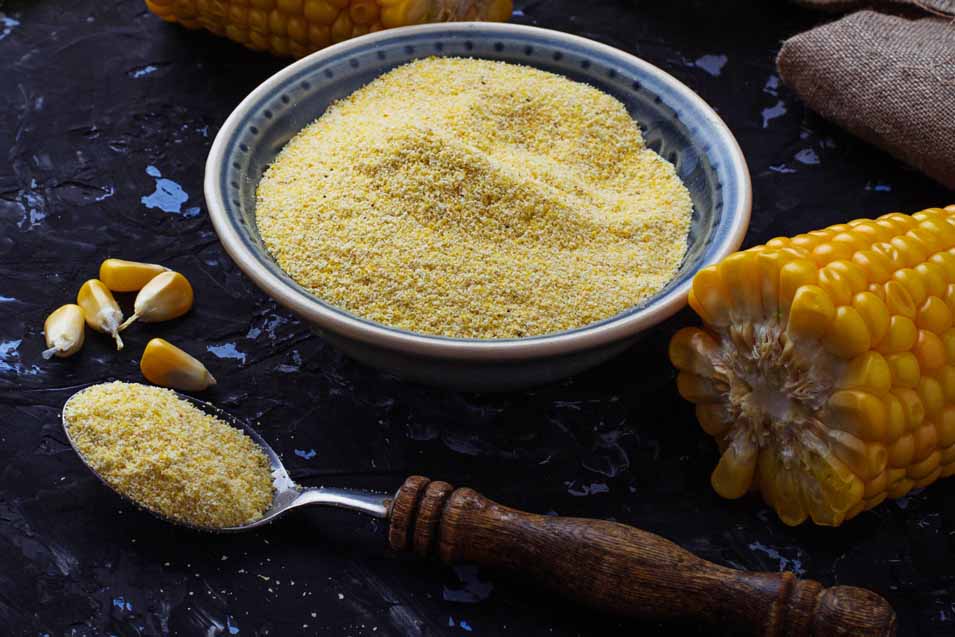 Grits have been a food staple in the southern United States for generations. In fact, they are a state food in Georgia. Some three-fourths of the grits in the U.S. are sold between Texas and Washington, D.C. Wherever you live, grits can be a delicious breakfast porridge or even prepared as a side dish for other meals. Find out if you can share some of this corn mixture with your dog.

Grits are basically a porridge made from finely ground, hulled, and dried corn (yellow or white). Just as rice, oatmeal, and other grains can be prepared in different ways, so can grits. Stone-ground grits are intentionally left somewhat coarse since they keep some of their outer layers. It can take about 45 minutes to cook this kind of grits the traditional way.

Hominy grits are a little different. They are made by soaking dried corn kernels in an alkali mixture to remove the outer hulls. The kernels are then dried and ground in grits. Hominy grits usually have a finer texture than regular grits. Most of the grits you find in grocery stores are hominy grits. They are also used for instant or quick grits. They take much less time to cook because they are already processed.

One cup (a serving size) of Quaker corn grits, instant, plain, prepared in a microwave or with boiling water add – without salt – contains just 162 calories with 9.6 calories from fat .

Grits have a respectable amount of calcium. Plus, they are high in iron.

Grits also have thiamine, niacin, riboflavin, vitamin B6, magnesium, zinc, and phosphorus, along with a good amount of folate.

On the down side, these instant grits have 497 mg of sodium which is about 1/5 of what an adult human needs in their diet per day.

You can cook grits in milk or broth for some added nutrients. Stone-ground grits made from whole corn kernels contain more vitamins and minerals than the quick or instant grits that have been processed.

Note that if you add butter, sugar, syrup or other things to your grits, the calories will go up! Cheese is another popular addition to grits. It, too, will add calories.

Contrary to what you may read on some sites, grits are considered to be very nutritious. They are considered to be healthier than cold cereal, waffles, and pancakes. They contain numerous antioxidants, for example, such as lutein, zeaxanthin, caffeic acid, 4-OH benzoic acid, and syringic acid. Antioxidants are associated with health benefits.

Grits, like other corn dishes, are naturally gluten-free. They can be a good alternative carbohydrate for people who are gluten-sensitive. (Do check the label to see if there might be cross-contamination in the processing of the grits.)

Since grits are high in iron and a good source of folate, they are a good food to eat if you have problems with anemia or iron deficiency.

Can You Give Your Dog Grits to Eat?

Yes, you can give your dog some grits to eat but you need to make them plain. Don’t give your dog grits that have butter, sugar, syrup, cheese, or other tasty additions. Plain grits have some good health benefits but dressing them up with sweet or savory things usually adds calories and fat.

Some dogs are allergic to corn. If your dog has a corn allergy, avoid giving him any grits since they are made from corn.

Corn grits are a cereal grain but unlike most other grains, they are naturally gluten-free. If your dog is sensitive to gluten, he should be able to eat grits without a problem.

Grits always need to be thoroughly cooked before giving any to your dog. Dry grits can be a choking hazard. If your dog eats them when they are dry, they could also clog up his digestive tract. Make sure that your dog can’t reach any boxes or packages of grits in your kitchen.

If your dog is overweight/obese or diabetic, talk to your veterinarian before giving your dog grits. Grits are high in carbohydrates so they can raise blood sugar levels. The American Diabetes Association and others suggest that humans should only eat grits occasionally so the same may be true for dogs with these health issues.

While grits can make a healthy treat for your dog or a small addition to your dog’s meal, they shouldn’t replace your dog’s regular dog food.

You can give your dog a few bites of grits, depending on his size. Remember that one cup of instant/quick grits contains about 162 calories so don’t give your dog too many spoons of grits even as a treat.

It can take some dogs a little while to get used to the different texture of grits. They are unlike most other foods dogs generally eat. Let your dog try a couple of bites of the grits so he can decide if he likes them.

How Often Can You Give Your Dog Grits?

If your dog likes grits, after he has gotten used to the texture, you can give him some about once per week.

Keep in mind that grits are high in sodium. One cup of grits provides about twice as much sodium as a 33-lb dog needs in one day. You shouldn’t give your dog an entire cup of grits but they do contain a lot of sodium.

Grits are a delicious dish made from ground corn. They are naturally gluten-free and provide some good health benefits. As long as your dog isn’t allergic to corn, there is no reason why he can’t have a few bites of grits occasionally. Make sure that the grits are plain if you give some to your dog. Stone-ground grits are more nutritious than quick or instant grits but they can be hard to find, especially if you live outside the South. Try ordering them online. If your dog is overweight/obese or diabetic, talk to your veterinarian before giving your dog grits since the carbs they contain can raise blood sugar levels.