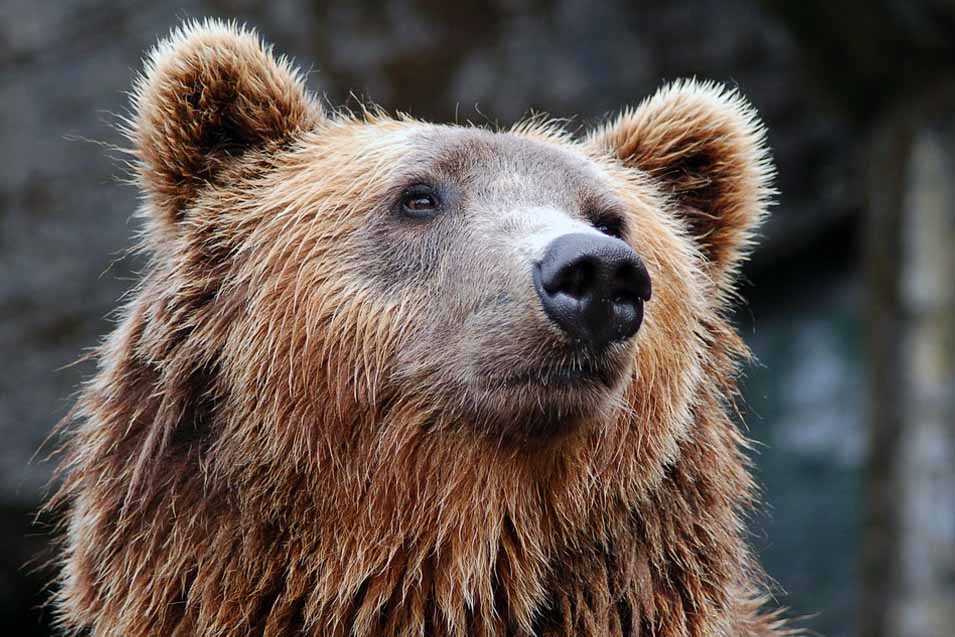 Do you have a strong reaction to bears? Some people fear the sight of them while others are drawn to them. For some people, the sight of cubs playing elicits smiles and laughter. Or, you might be nervous about mama bear lurking nearby. Or, maybe bears put you in mind of that wonderful childhood friend, the teddy bear!

If you are a bear lover, there are numerous bear-themed names that make excellent names for a dog.

What you need to know about bears

There are three kinds of bears found in North America: the American black bear (which isn’t always black); the grizzly or brown bear; and the polar bear. The black bear can be shades of black, brown, or white at times. It is found in 40 of the 50 United States and in all of the provinces and territories of Canada except Prince Edward Island. This species is not endangered and its numbers are increasing. While black bears are a respectable size (200-300 pounds), they usually are the smallest of the three kinds of bears found in North America. However, some black bears can be very large, weighing up to 800 pounds.

Grizzly bears are found in the mountain west of the United States – Wyoming, Montana, Idaho, and Washington. They are also found in British Columbia, Alberta, the Yukon, and the Northwest Territories in Canada. Along coastal areas, grizzly bears are often called brown bears or Kodiak bears. Male grizzly bears usually weigh between 300-650 pounds, but this can vary.

Because of their coat colors, which can be similar in some animals, and the overlap in their sizes, it can be difficult to tell the difference http://www.bearsmart.com/about-bears/know-the-difference/ between an American black bear and a grizzly at times.

Polar bears live in the northern parts of Canada, Alaska, Russia, Norway, and Greenland. There are currently estimated to be between 22,000-25,000 polar bears in the world and their population is considered to be stable. They are considered to be a “vulnerable” species. Male polar bears can weigh nearly 1000 pounds.

While you probably won’t see a polar bear in the lower 48 states, it’s not uncommon for hikers and others to see bears. Visitors to national parks may see them or, if you live in wooded areas or even near farmland, bears may roam around. Gatlinburg, Tennessee, near the Great Smoky Mountains National Park, has many sightings of American black bears each year. Some bears even break into cars and cabins https://www.wbir.com/article/news/bear-takes-a-dip-in-hot-tub-at-gatlinburg-cabin/51-ce3eee10-10c1-4619-9917-82555d5b8db2, looking for snacks.

People who understand bears say that they are intelligent, social creatures. They are gentle and tolerant – at least with other bears. Mother bears are protective, devoted, and affectionate with their cubs. Cubs and even older bears enjoy playing. Bears have a hierarchy for social behavior. They are also said to be able to distinguish between human behavior that is threatening or non-threatening.

Bears have very strong senses, with an excellent sense of smell and hearing. They can see in color and have vision similar to human vision. They are also fast and powerful.

If you have a dog that has some of these bear-like qualities or that reminds you of a bear in some way, there are many good names you can choose.

Many of these “bear” words from other languages would make interesting and unique names.

Saying Bear in Other Foreign Languages

You can probably think of many famous bears. Here are some that we thought of. Some of these names would be very cute as dog names.

Chicago Bears, Chicago Cubs or some of their players, if you are a sports fan

Memphis Grizzlies or some of their players, if you are a basketball fan

If you have a dog that reminds you of a strong, powerful bear in some way, why not consider one of these names? You could go old school and choose a name from history that means “bear.” Or, choose a unique name from another language that will have your friends scratching their heads! Whatever you choose, bears have many fascinating qualities and we hope that you and your dog find the perfect name.

Unique Cat Names – Give Your Cat a Name with Personality