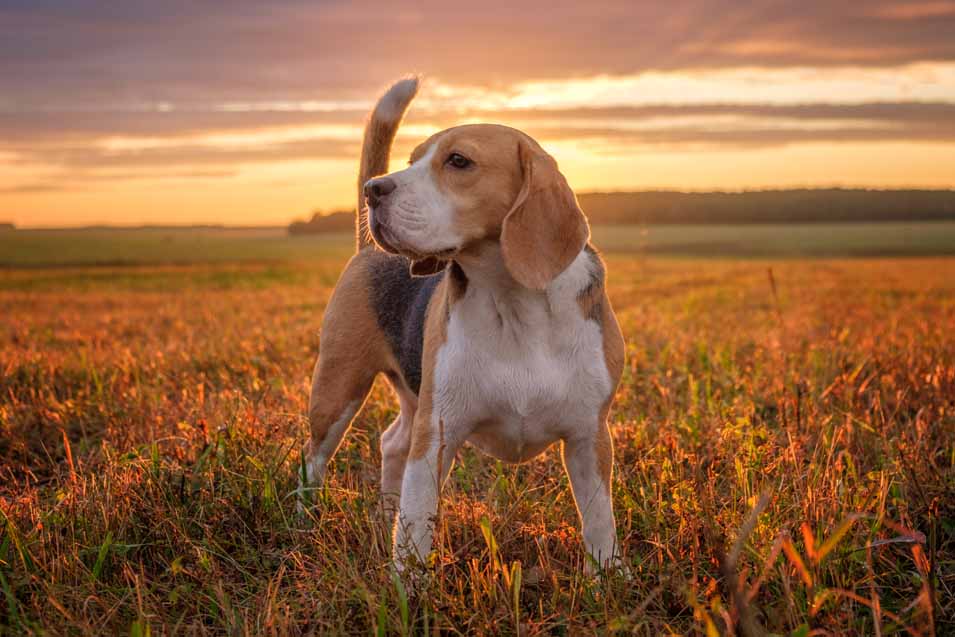 A small dog of substance and hearty disposition, the Beagle is a friendly little pooch that enjoys the active lifestyle. Happy by nature, the Beagle is up for any adventure you’ve got in mind. True to its hound roots, the Beagle can be obstinate, making this breed a challenge to train. Patience and ingenuity are two traits you will need in abundance to teach this dog new tricks.

A dog breed that follows its nose, the Beagle excels when given opportunity to track a scent. A scenthound, the Beagle’s original purpose was to follow scents when out on a hunt for such game as rabbits and hare. A skilled hunter, the Beagle still happily works in the field today alongside its owner.

An excellent companion, the Beagle’s gentle ways make it well-suited to families with children as well as first-time dog owners.

Weight: 18 to 30 pounds, depending on the variety

Barking: Can be prone to barking and howling

Drooling: Not known to drool

Colors: Any hound color, but the most commonly seen Beagle colors are tri, red and white, lemon and white

The Beagle is a charming little soul. Well-renowned for their beautiful brown eyes and sweet expression, this dog breed is sociable, outgoing, and deeply affectionate. However, owners should not be fooled; though the Beagle is a deeply loving dog, its first love is food. The breed will often eat far past the point of satiation, meaning owners must take great care to avoid their Beagle becoming overweight.

Somewhat stubborn by nature and very curious, the Beagle has the intelligence to learn new skills, but sometimes requires motivation to do so. Though not a breed that could be considered yappy, the Beagle can be rather vocal and has some vocalizations that are unique to the breed including the distinctive Beagle bay.

Beagles were always intended to hunt in packs, and thus, are well-suited to life in a multi-pet household. Gentle and friendly, the Beagle has never met a stranger, making fast friends with all it meets; whether human or animal.

The Beagle is a scenthound, meaning the dog is ruled by its nose. It is not uncommon to see a Beagle with its nose glued to the ground in the outdoors, following a specific scent. The Beagle has 220 million scent receptors in its nose, making it especially skilled at detecting specific smells. As a result of this keen sense, Beagles have found work in many different capacities including in airports where they are tasked with sniffing out drugs and other illegal items.

Because the Beagle is a small breed dog, this dog type can thrive in an apartment setting if sufficient daily exercise is provided. It is recommended that the Beagle be walked for at least 60 minutes each day. Left alone too long, Beagles can become bored, leading to excessive baying and destruction.

In appearance, the Beagle should resemble a miniature version of the Foxhound according the breed standard outlined by the American Kennel Club. The breed should possess large, soulful eyes and bodies that are compact and properly proportioned.

The typical Beagle head should display a lengthy muzzle that is square at the tip and a longer than average skull. Like many hounds, Beagles should possess ears that are long enough for their very tips to meet the top of their nose. The base of the ear should be round. The Beagle’s eyes should be brown or dark hazel in color and should communicate this dog type’s eager nature.

The tail should be set high on the body and contains feathering along the back. The very tip of the tail should display a patch of white hair. The front legs of the dog are completely straight while the back legs should be well muscled and possessing sufficient angulation to permit the dog to effectively pursue game on a hunt.

The Beagle possesses a double coat that is medium in length and straight.

A comical breed, the Beagle is sociable, sweet-natured, patient, and kind. Mischievous to their core, the Beagle can get up to some crazy antics that are sure to make you smile. Extremely food motivated, the Beagle will do whatever is necessary to get to something they think might be tasty to eat. This can include knocking over and digging through your garbage cans and eating anything they discover when out for a walk.

Because the Beagle is a slave to following its nose, this breed should be kept in a securely fenced backyard when outdoors. When out for walks or in public places, it is best to keep the Beagle on a leash at all times. The Beagle is naturally prone to wandering. To help prevent this, it is best to carefully supervise time spent within a fenced yard as the breed has been known to dig or climb its way out of even the most secure containment systems.

Beagles are very soft natured. They possess the intelligence to excel at training; however, maintaining their focus can be very challenging. The Beagle should always be trained using positive reinforcement techniques only and respond best to treats and praise.

Young Beagles have a lot of energy to expend and require regular daily exercise to remain physically and mentally content. It is recommended that you walk your Beagle for at least 60 minutes each day. However, the Beagle requires additional time for its body to fully mature, so running and excessive jumping should be reserved until the dog is at least 18 months of age.

When in their older years, Beagles are only too happy to assume the role of house couch potato. To prevent obesity from occurring, it is important that you continue to insist on your dog going for daily walks.

Beagles form strong attachments to everyone they meet and are especially fond of children. However, Beagles can be very rough when playing, so it is best to carefully supervise all play sessions between kids and the dog. Beagles are also a mouthy breed and must be taught to use their mouths appropriately.

Beagles are very social dogs and do not do well if left alone for lengthy periods of time. Though the breed can thrive in an apartment or a house with a fully fenced in yard, the Beagle should be housed indoors with its family.

Beagles are a relatively low maintenance breed when it comes to grooming. The breed has a double coat that is smooth of a medium length. The coat is resistant to rain and brushing at least once weekly to remove any dead hair and promote healthy regrowth.

Though Beagles have hair that is relatively short, they shed a great deal. During the winter months, their coats become denser, leading to heavier shedding when spring arrives. Beagles rarely require bathing unless they get dirty or roll in something unpleasant.

A breed with drop ears, Beagles can be predisposed to ear infections. To prevent this from occurring, it is important to clean the Beagle’s ears every couple of weeks.

Clip your Beagle’s nails every two weeks or more frequently if needed. The Beagle’s teeth should be brushed several times weekly to maintain good oral health.

All dog breeds are predisposed to certain genetic conditions. Thankfully, through careful health testing of breeding dogs, it is possible to limit and even possibly eliminate the transmission of some of the most commonly seen problems in some breeds. The main health issues that can affect the Beagle include:

It is believed that the Beagle takes its name from the French term “begueule” which translates to open throat. However, other breed aficionados feel that there are several other possible places the Beagle could have earned its moniker including the English word beag (small), the French word beugler (to bellow), or the German word begele (to scold).

The history of the breed is as muddied as the origins of its name. As far back as 400 BC, some written documents contain descriptions of dogs that are Beagle-like in function and appearance. Some people speculate that the Romans may have travelled with a pack of small hounds to hunt rabbits when in England. Here, these dogs would have been bred to other hound breeds to further refine the appearance and function of these dog types.

During the Norman Conquest in 1066, William the Conqueror travelled with a now extinct dog type known as the Talbot Hounds. It is believed that these dogs are the earliest ancestors of the modern-day Beagle and Foxhound.

Once introduced to the English culture, Beagles increased in popularity almost immediately. Very quickly, small Beagles that were referred to as Glove Beagles, became the fashion. It is reported that they were tiny enough in size that they could easily fit within a gloved hand.

Elizabeth the I was particularly fond of a variety of Beagles that was only 9 inches in height: the Pocket Beagle. Images of these early Pocket Beagles showed a dog that was short of leg and with a long, snipy nose. In time, this particular style of Beagle became undesirable as their short legs made them unsuited to hunting.

Fox hunting became a national pastime in England in the 18th century. At this time, the larger Foxhound became the preferred dog for use on hunts. However, farmers in the region continued to make use of Beagles for hunting rabbits and hares, continuing the breed for centuries to come.

In the mid-19th century, Reverend Phillip Honeywood brought together a grouping of Beagles in Essex who would later figure prominently in the modern Beagle’s pedigrees. These dogs were bred primarily for their hunting prowess with less consideration given to overall appearance. In subsequent years, Thomas Johnson would apply himself to the task of creating a Beagle that was both function and attractive.

Americans soon began bringing Beagles over from England to help improve the appearance of their own stock. At the time, many English Beagles stood at 15 to 17 inches to better help them in the field on a hunt. Because American breeders preferred to use the Beagle to hunt small game, they began working towards breeding a smaller dog to fulfill this purpose.

Both the American Kennel Club and the Beagle specialty club were established in 1884. 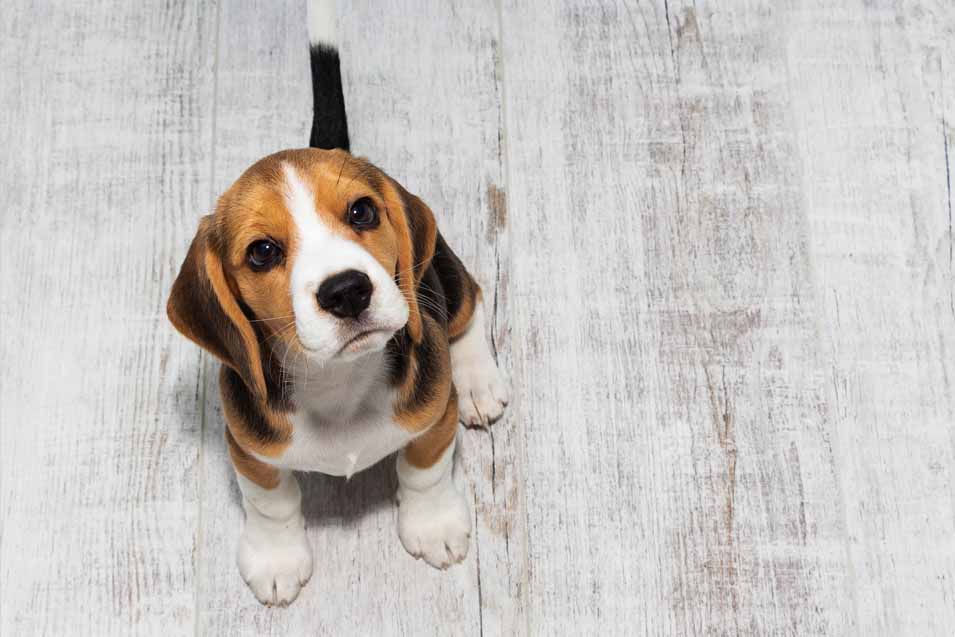 Fun Facts About the Beagle 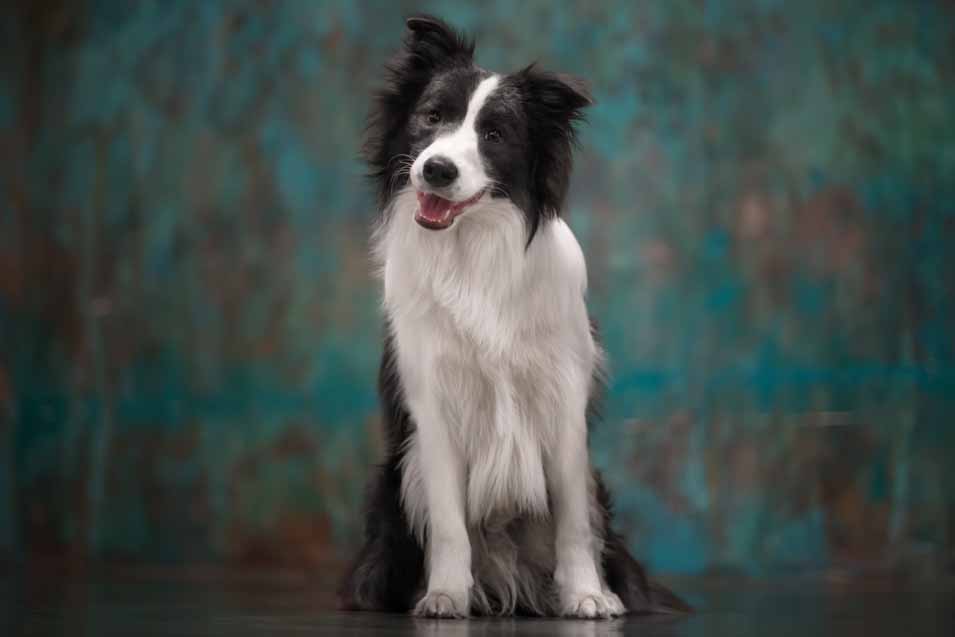 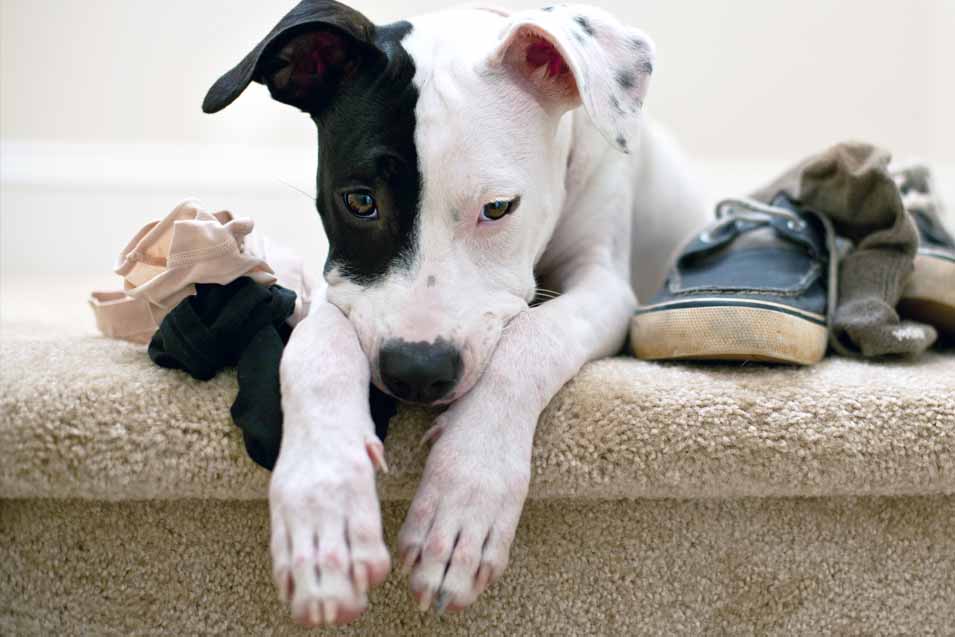 What is Bitter Apple, and How Can It Help Pet Owners? 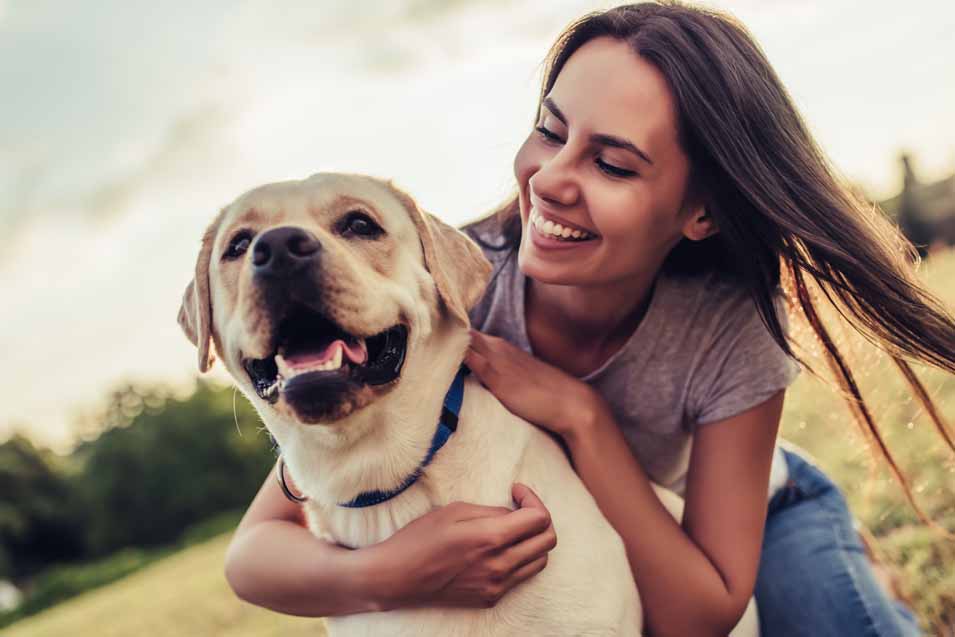 Adopt, Don’t Shop – Why We Disagree with This Slogan 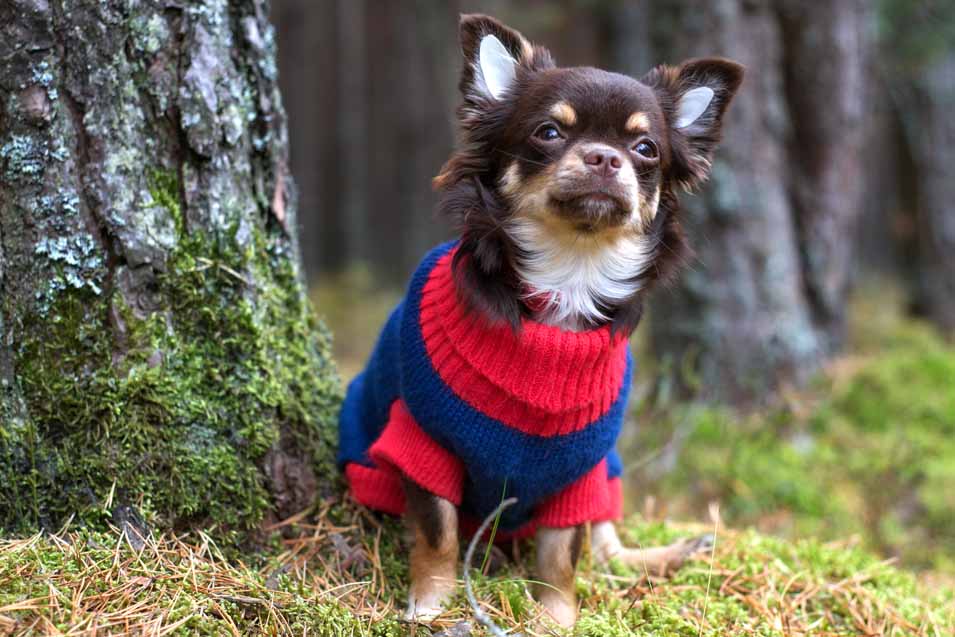 Does Your Dog Need A Sweater?