Are Dogs Color Blind | What Colors Can they See? 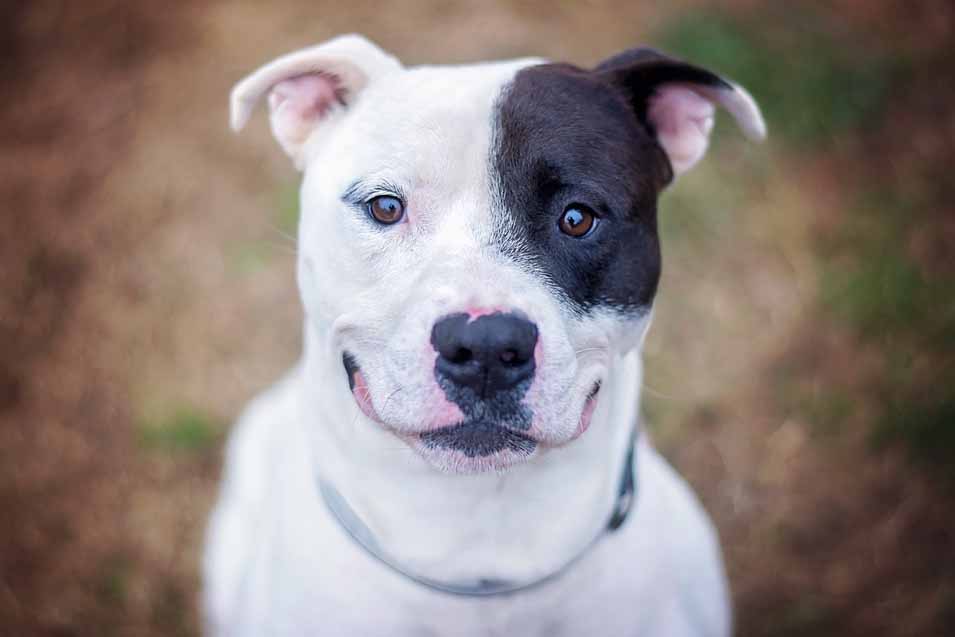 If you have ever wondered just how many colors your canine friend can see, we’ll discuss this topic in this article. Human vision is extremely rich. We are privileged to distinguish between several colors, from orange and yellow to indigo and violet.

In many ways, dogs and humans look at the world entirely differently. But one thing that we do have in common is that we both see the world in color.

How Does Canine Vision Compare to Human Vision?

Dogs aren’t capable of appreciating the whole color spectrum that we can, but that doesn’t mean that they can’t make the difference between several colors. They might not see the true color of something, but they do see part of it.

Take red, for example. In a dog’s eyes, the color red looks more like a dark brown, a dark gray or black. Naturally, this depends on the exact tone of red. Orange, yellow, and green all look pretty much the same — they’re all a bit yellow.

That’s why our canine companions are equipped with some of the most effective noses in the whole animal kingdom — so that they can make the difference between a lot of things, including those that are theirs and those that are some other dog’s.

The answer is no. Dogs do perceive color, but they can’t perceive the same variety of colors as we do.

Another aspect that makes the difference between canine vision and human vision is that while the human eye is equipped with three types of cones, dogs have just two. Therefore, their ability to perceive colors is limited when compared to ours. The term color blindness is defined by humans, so what might seem to be it to us is in fact regular color vision to dogs.

Human color blindness is very similar to dog vision. It’s also more common in men than it is in women, but you probably suspected that given the number of jokes that you might have heard about how women can always see different color tones compared to men. Color blind people actually have one fewer cone (instead of 3), so they have two just like dogs, for example.

That doesn’t mean that color blind individuals have the same vision as dogs. There are many other differences between canine vision and human vision, and we’ll address them below.

Something that you might have been able to tell if you have been a dog parent for quite some time now is that dogs can’t see as well as we do. That doesn’t mean that they have poor eyesight — not at all. But they are considerably more near-sighted compared to humans.

Why is that? Dogs don’t need an object seen from a distance to be particularly sharp because they tend to rely on their sense of smell a lot more than they do on their vision. Additionally, dogs are also less sensitive to brightness changes compared to how we are. This actually allows them to see better than us on the whole.

While we can perceive colors that are rich and vibrant, dogs just can’t do the same.

But dogs can outperform humans in terms of their visual abilities. They are far more sensitive to motion, even at a distance, which is not the case with people. They can perceive motion around 10 to 20 times faster and more effectively compared to humans.

Also, their vision makes it possible for our pooches to be able to hunt at dawn or dusk. In some respects, the only thing that makes our eyesight ‘better’ is the color diversity that we can perceive. Other than that, dogs are far better hunters, especially when it comes to fast-moving prey.

Has Canine Vision Changed Through the Years?

Animal vision has changed a lot over the years. For example, did you know that the mantis shrimp has as many as sixteen different color receptors, which make it capable of discerning a lot more colors compared to people?

Apparently, there used to be a time when mammals were able to distinguish a lot more colors than they can now. Most mammals ended up with two receptors (the cones that we were mentioning earlier on), and only some primates (including humans) re-evolved and ended up with three cones for full-color vision.

Why Should You Care?

We’ve already noted that dogs are pretty happy with their vision and don’t feel like they’ve lost anything by not being able to tell which ball is red or orange. But knowing what your dog is capable of seeing can help you make better choices.

For instance, the next time you go shopping, you might want to avoid getting a red toy. Instead, opt for a blue or a yellow one, as those are colors that your dog can see a lot better. Just imagine playing with a red toy that actually looks black to a dog’s eyes.

Knowing what colors your dog truly enjoys will allow you to understand that companies that make pet food and pet accessories make them for humans, not for animals. Otherwise, they wouldn’t use artificial colors in their food so as to make them more appealing. The red in your dog’s kibble is appealing only to you — not to your Fido. That applies to everything around him — from his favorite toy to his bed, food or water bowl, or anything else.